Maruti Suzuki Ertiga will be launched in August later this year in India, at an expected starting price of Rs 6.34 lakh (ex-showroom).

Japanese automobile manufacturer, Suzuki has finally unveiled its Ertiga MPV at the 2018 Indonesia International Auto Show. Earlier, the multi-purpose vehicle was spotted several times on the roads of Indonesia in testing conditions. The new version will be dubbed as the Maruti Suzuki Ertiga in Indian and will be launched in August later this year, at an expected starting price of Rs 6.34 lakh (ex-showroom).

Starting with the highlight, the Indonesian Ertiga has replaced the current 1.4-liter engine with the 1.5-liter, 4-cylinder petrol machine which is claimed to generate power of 104.7 bhp, which was earlier limited to 91 bhp and peak torque of 138 Nm. The motor will be mated to a 5-speed manual or 4-speed automatic transmission. For safety, it comes with ISOFIX seats, dual SRS airbags, ESP and ABS, EBD. 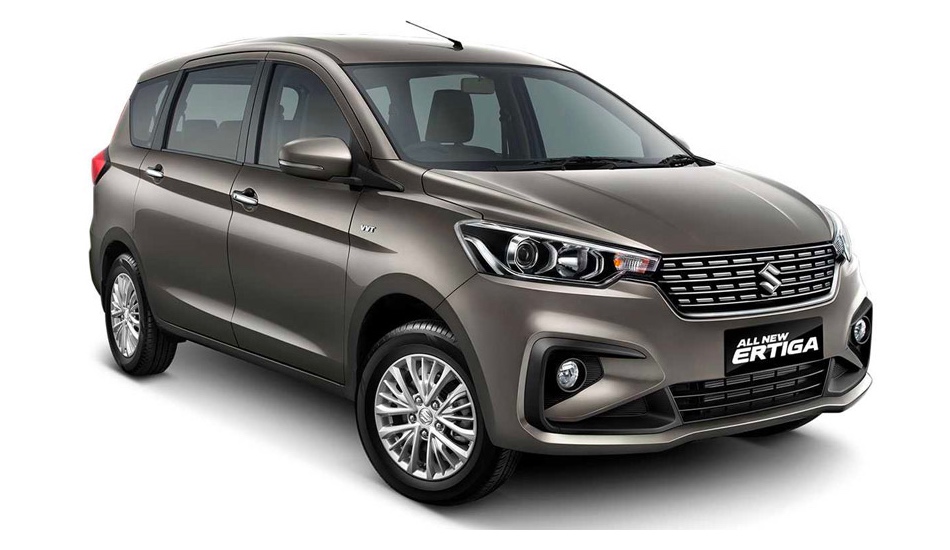 Comparing to the previous generation, the 2018 Ertiga is 99 mm longer at 4,395 mm, 40 mm wider and 5 mm taller at 1735 mm and 1,690 respectively. In terms of design, the front resembles the Toyota Innova Crysta, the MPV features a revised lower grille, new hexagonal chrome grille connecting the sleek futuristic projector headlamps. The new hood and bumper give it elegant aerodynamic design.

After the front, the rear resembles the Honda Mobilio, the brand has replaced the standard halogen with the new LED tail lamps and has been stretched all the way up to the C-pillar for a more bold and aggressive look.

Due to increase in dimensions the boot space of the car is also increased by few litres. The dashboard of the MPV gets a new revised look compared to the previous gen. Other than this, it is equipped with a new multi-information system, Smartplay infotainment system, tilt steering, seat height adjuster, push start/stop button and keyless entry.

Auto sales for May in India down by 89 percent