How to add videos, GIFs and photos in a single tweet?

Twitter has announced a new feature where people can images, videos, GIFs and text all in a single tweet. Here’s how to use it. 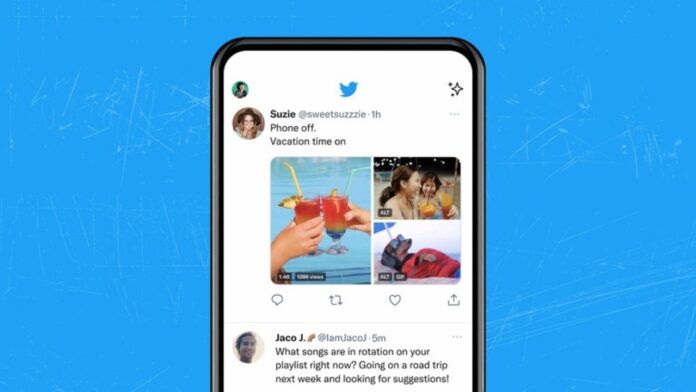 Twitter is one of the biggest microblogging platforms in the world that caters to various types of users in various professions. It has to provide features that can be suitable for everyone and the platform has started rolling out a new feature where you can now insert multiple types of media formats such as photos, videos and GIFs in a single tweet. Here’s a guide on how you can use that feature:

Now, tap on the Photo icon and select the Photos and videos you want to add to your Tweet. Next, tap on Add.

Now, you can tap on the ’GIF’ icon next to the Photos icon to add a GIF to your tweet alongside your Photos and Videos. Keep in mind that you can only add a total of four media files at a time. In other words, apart from one video, one image, and one GIF, you can add only one more file from each of these types.

Now, add description to your media if you want to and click on ’Tweet’. One single tweet will contain all types of media formats. Twitter says that, “Mixing different types of visual content together in a single Tweet allows creators to express themselves beyond 280 characters and gives them more ways to tell their story.”

This was how you can add various types of media formats including photos, videos, GIFs and text in a single tweet. We agree with what Twitter says, that this will allow you people to better express themselves despite the character limit.