In this article, we will tell you some English and Hindi animation movies that are available free for everyone on YouTube. 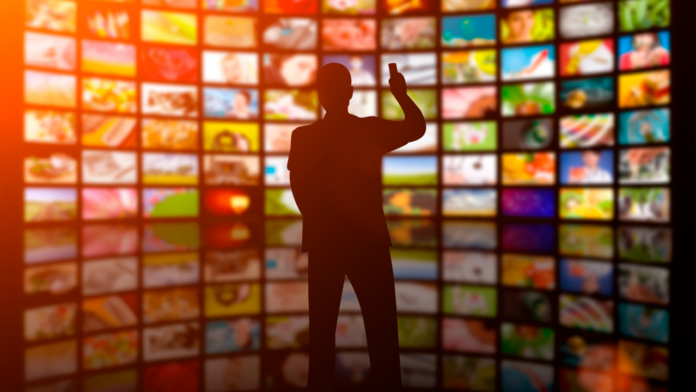 If you’re looking for a fun way to spend an afternoon, why not check out some of the best free animation movies on YouTube? You’ll be surprised at how many high-quality films are available to watch for free. From classic cartoons to stop-motion masterpieces, there’s something for everyone to enjoy.

Interestingly, there is no dearth of Animation Movies on popular OTT platforms like Amazon Prime Video, Netflix or Disney+ Hotstar, but they charge viewers to access their content and watch movies and series. YouTube, on the other hand, offers some of its content for free. So let’s check out Best Free Animation Movies on YouTube.

This is an American 2006 computer-animated comedy-drama adventure film directed by Carlos Saldanha. It is made by Blue Sky Studios and distributed by 20th Century Fox. When Manny, Sid and Deigo discover that global warming has endangered the ice at the end of their valley, they set out to search for a safer habitat. On the trip, they discover that Manny, in fact, is not the last of the woolly mammoths. You can watch Ice Age: The Meltdown for free on YouTube, and we highly recommend it.

The Little Mermaid is a 1989 American animated musical fantasy film produced by Walt Disney Feature Animation and released by Walt Disney Pictures. It is written and directed by John Musker and Ron Clements and produced by Musker and Howard Ashman. The film tells the story of a teenage mermaid princess named Ariel, who dreams of becoming human and falls in love with a human prince named Eric, which leads her to make a magic deal with the sea witch, Ursula, to become human and be with him. If you’re looking for a great animated movie to watch, The Little Mermaid is definitely worth checking out.

Raya and the Last Dragon is a 2021 American computer-animated fantasy action-adventure film produced by Walt Disney Animation Studios and distributed by Walt Disney Studios Motion Pictures. The movie is about the titular warrior princess, Raya. She is determined to find the last dragon, hoping to restore the dragon gem that would bring back her father and banish the evil spirits known as the Druun from the land of Kumandra, a re-imagined Earth inhabited by an ancient civilization. It is a nice animated movies that kids can watch for free on Youtube.

Ugly Dolls is a 2019 computer-animated musical adventure-comedy film directed by Kelly Asbury and written by Alison Peck. It is based on the plush toys of the same name by David Horvath and Sun-Min Kim and follows a group of them as they try to find owners in the “Big World” despite their flaws. The film stars the voices of Kelly Clarkson, Janelle Monáe, Nick Jonas, Pitbull, Blake Shelton, Wanda Sykes, Gabriel Iglesias, Wang Leehom, Emma Roberts, Bebe Rexha, Charli XCX, and Lizzo.

Dino Time (known as Back to the Jurassic in the US) is a 2012 South Korean computer-animated fantasy comedy adventure film produced by CJ Entertainment and distributed by Clarius Entertainment. When three children find an egg-shaped time machine, their curiosity gets the better of them. The kids travel back in time to 65 million years ago, where they are taken in by a dinosaur.

A Bug’s Life is a 1998 American computer-animated comedy film produced by Pixar Animation Studios for Walt Disney Pictures. The film involves a misfit ant, Flik, who is looking for “tough warriors” to save his colony from greedy grasshoppers, and recruits a group of bugs. Unfortunately, the “warriors” he brings back turn out to be an inept troupe of Circus Bugs. It is directed by John Lasseter and co-directed by Andrew Stanton.

Tom and Jerry: The Movie is a 1992 American animated musical comedy film based on the characters Tom and Jerry created by William Hanna and Joseph Barbera. Cat and mouse duo Tom and Jerry reluctantly work together to save a young girl from her evil aunt. The film tells the story of a little girl named Robyn Starling, who enlists Tom and Jerry’s help to escape from her evil abusive aunt and reunite with her lost and presumed-dead father.

Avatar is a 2009 American epic science fiction film directed, written, produced, and co-edited by James Cameron. A paraplegic Marine dispatched to the moon Pandora on a unique mission becomes torn between following his orders and protecting the world he feels is his home. The film’s title refers to a genetically engineered Na’vi body operated from the brain of a remotely located human that is used to interact with the natives of Pandora.

Snow White and the Seven Dwarfs

Snow White and the Seven Dwarfs is a 1937 American animated musical fantasy film produced by Walt Disney Productions and released by RKO Radio Pictures. An evil queen has a mirror and asks “Mirror, mirror, on the wall, who’s the fairest of them all?” The mirror answers “Snow White”. Snow White is lost in the woods, and comes across the home of seven little men, or dwarves. She cleans their home, and they allow her to stay with them.

Mulan is a fictional character, inspired by a legendary figure, who appears in Walt Disney Pictures’ 36th animated feature film Mulan. The only child of an aging war veteran, Mulan disregards both tradition and the law by disguising herself as a man in order to enlist herself in the army in lieu of her feeble father.

Gulliver’s Travels is a 1939 American cel-animated Technicolor feature film, produced by Max Fleischer and directed by Dave Fleischer for Fleischer Studios about an explorer who helps a small kingdom who declared war after an argument over a wedding song. The story is based very loosely on that of Lilliput and Blefuscu depicted in the first part of Jonathan Swift’s 18th century novel, Gulliver’s Travels.

Chhutanki is a live-cum-animation feature film made in 3D (Stereoscopic). It revolves around the animated lead character Chhutanki, his mysterious birth, upbringing and training by his guru Akhand Dev. Akhand Dev adopts a the abandoned on the stairs of a Hanuman temple. He trains him to become a brave young boy. When the boy realises that an evil Takla Baba wants to spread darkness across the world, he decides to tackle the evil forces and save the world.

Isapniti is a full hindi animated movie for children. The movie presents you moral stories of Isapniti in Hindi where ones kid can learn an enjoy various moral stories.

Alibaba is a Hindi animated movie available for free on YouTube. A poor woodcutter, Alibaba, stumbles upon a cave where a band of thieves hides all their loot. He steals a piece of their fortune, and they plot a way to get it back but are in for a nasty surprise. For our readers who love animated movies but would like to see them in Hindi, Alibaba is a must watch free movie on Youtube.

In this animated movie, an old man searches for his long-lost daughter, Sinda. She was taken from him by the evil King Farzoomah, who wanted her for his harem when she grew up. He finds a wealthy man called Sinbad who has a wife named Sinda.

Bal Ganesh movie is sourced from the Ganesh Purana and laced with foot-tapping music and humour. The movie narrates how Lord Ganesha was brought to life from clay and then blessed with celestial powers. It is a 2007 computer-animated musical feature film directed by Pankaj Sharma. It is one of the best animated mythological movies in Hindi on youtube, which can be watched for free.

Tenali Raman animated movie is based on one of the most popular and best-loved characters of Indian folklore named as. He is fondly remembered as Tenali Raman, was a 16th-century court poet at the Vijayanagara Empire in India and hailed from a town called Tenali. He is remembered even today for his extraordinary wit, brilliance, wisdom and charm. All these qualities of Tenali Raman have been fully explored and displayed in this movie. It is a lovely animated movie that kids and adults can enjoy alike on youtube for free.

Little Krishna – Manmohana, while lapping up all the love and adoration of Nanda & mother Yashoda grew up as the naughty prankster. But he was also the bravest of all, crushing mighty demons like Putana & Trinavarta sent by Kamsa. Indra’s false pride got shattered when Little Krishna lifted up the entire Govardhan hill.

From battles of wit to fights for justice, Emperor Akbar and his trusty advisor Birbal display their unique bond through adventures in Mughal-era India. They show Birbal using his wit and intelligence to provide justice to the people who come seeking him for help. He also uses his intellect to amuse the emperor, or calm him down when he is angry.

Return Of Hanuman is an animated movie traces Lord Hanuman in the modern world as he fights against injustice and evil. The movie is a present-day version and has many other filmy characters. Hanuman sees a village boy who is bullied by local hooligans. He decides to help him but for that, he has to take birth as a human. He decides to do so after managing some conditional understanding with Brahma. He appears on earth in a village named Bajrangpur from a priest and his wife as a human baby.

Ghatothkach – Master Of Magic is a famous Animation film that shows adventurous journey of Ghatothkach, the son of Bhima, blessed with extra-ordinary powers. Ghatotkacha killed many demons like Alambusha, Alayudha, and many gigantic Asuras. He is specifically called out at the warrior that forced Karna to use his Vasavi Shakti weapon, and courted a hero’s death in the great war.

An animated story of Shaheed Bhagat Singh, an Indian socialist revolutionary, whose two acts of dramatic violence against the British in India and execution at age 23 made him a folk hero of the Indian independence movement.

Aladdin is a 1992 American animated musical fantasy comedy film produced by Walt Disney Feature Animation and released by Walt Disney Pictures. The film follows the titular Aladdin, an Arabian street urchin, who finds a magic lamp containing a genie. He disguises himself as a wealthy prince and tries to impress the Sultan in order to marry his free-spirited daughter, Princess Jasmine.

There you have it! Our list of the best free animation movies on YouTube. We hope you enjoyed our selections and that you find something new to watch. f you looking out for a particular movie which is not on our list, you can always check different OTT platforms like Netflix, Hotstar Disney and Amazon Prime. If you have any other suggestions, please feel free to share them in the comments below.