Here's a list of top upcoming shows and movies on Netflix 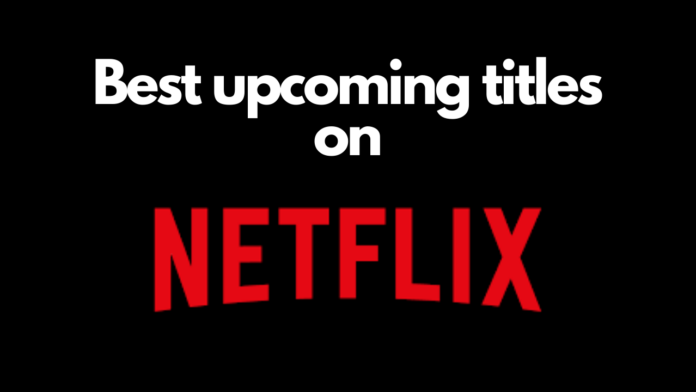 OTT Platforms have played a major role in people’s lives since the pandemic situation began a while back. Stuck inside their homes, OTT platforms such as Netflix have been catering to people’s entertainment needs now more than ever. Netflix, in particular, has been coming up with a bunch of new movies, shows and successor seasons to previous shows. So here are the top upcoming movies and shows to look forward to on Netflix:

As a righteous cop pursues a merciless criminal in Bihar, he finds himself navigating a deadly chase and a moral battle mired in corruption. The series will stream on Netflix from November 25.

When an ancient troll is awakened in a Norwegian mountain, a ragtag group of heroes must come together to try and stop it from wreaking deadly havoc. The movie is coming to Netflix on December 1.

Warriors of Future, previously known as Virtus, is a 2022 Hong Kong science fiction action film. This film is about a time in the near future, when humans have to fight against an alien creature called Pandora. The film is coming to Netflix on December 2.

4
My Name is Vendetta

After old enemies kill his family, a former mafia enforcer and his daughter flee to Milan, where they hide out while plotting their revenge. The movie will stream on Netflix from November 30.

Two brothers accept a gangster’s offer of competing in an underground prizefight, in order to get rid of the debt they owe him. They, however, soon learn the dangers it entails. This is a 2019 film which is coming to Netflix on December 1.

Haunted by her past, a talented singer with a rising career copes with the pressure of success, a mother’s disdain and the voices of doubt within her. This Netflix film will start streaming from December 1.

The Season 2 of Mismatched comes to Netflix on October 14. The series is about two teenagers who strike up a tentative friendship at their summer programme after being setup by their families.

8
The School for Good and Evil

Best friends Sophie and Agatha find themselves on opposing sides of an epic battle when they’re swept away into an enchanted school where aspiring heroes and villains are trained to protect the balance between good and evil. The movie is coming to Netflix on October 19.

An overburdened ICU nurse leans on her selfless new colleague at work and at home — until a patient’s unexpected death casts her in a suspicious light. It is coming to Netflix on October 26.

10
The Curse of Bridge Hollow

The story is about a A Halloween-hating dad who reluctantly teams up with his teenage daughter when an evil spirit wreaks havoc by making their town’s decorations come to life. This movie is coming to Netflix on October 14.

The season 2 of Jamtara starts streaming on Netflix from September 23. It is about a group of small-town young men run a lucrative phishing operation, until a corrupt politician wants in on their scheme and a cop wants to fight it.

Lou is a Netflix exclusive film that’s about a mysterious loner living a quiet life with her dog and what happens when she battles the elements and her own dark past when a neighbor’s little girl is kidnapped during a storm. It will stream on Netflix from September 23.

Fullmetal Alchemist is a sequel to the 2017 thriller where now, the Elric brothers’ long and winding journey comes to a close in this finale, where they must face off against an unworldly, nationwide threat. The movie streams in Netflix from September 24, 2022.

14
Those Who Wish Me Dead

After witnessing two assassins commit a murder, Connor, a teenager, ends up meeting Hannah, a survival expert. She takes it upon herself to protect the boy from the assassins who are now on his trail. The movie is coming to Netflix on September 17.

With his family away, a stay-at-home dad enjoys his first me-time in years by reconnecting with an old friend for a wild weekend that may upend his life. The movie stars Kevin Hart, Mark Wahlberg, Regina Hall in the lead.

A hardworking dad out to provide for his daughter uses a boring pool-cleaning job as a front for his real gig: hunting and killing vampires. The movie starring Jamie Foxx is available on Netflix.

Read More: Ads might be coming to Netflix soon

Following the police force as they investigate high-profile crimes in Delhi, this series has seasons inspired by both real and fictional events. The season 2 of this series is available for streaming on Netflix.

On the night of her college graduation, Natalie’s life splits into parallel realities after she takes a pregnancy test.

After unwittingly stealing money from a cartel, a cash-strapped professor finds the only way to save his broken family is by working as a drug courier.

The movie revolves around four childhood friends who return home after Hurricane Katrina and find their homes destroyed. Under financial duress, they accept a gangster’s offer to partake in a heist.

These are some of the best upcoming and latest shows and movies on Netflix. Apart from these, Netflix still has many titles lined up for release, which would be worth a binge-watch.