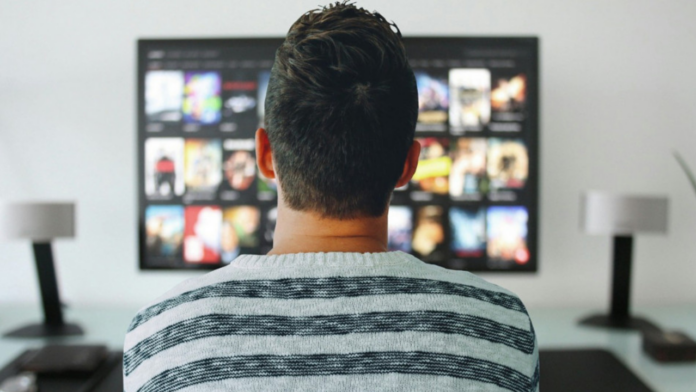 The list includes all categories of the film, whether it is a thriller, comedy, or horror. Here’s a list of Amazon Prime’s upcoming movies and shows which will debut soon.

In 1977, Daisy Jones & The Six were on top of the world; the band had risen from obscurity to fame, and then, after a sold-out show at Chicago’s Soldier Field, they called it quits. Now, decades later, the band members agree to reveal the truth. The series is coming to Prime Video on March 3, 2023.

The show “follows a diverse band of Nazi hunters living in 1977 New York City. The Hunters, as they’re known, have discovered that hundreds of high-ranking Nazi officials are living among us and conspiring to create a Fourth Reich in the United States.” The season 2 of the series will begin streaming on Amazon Prime from January 13, 2023.

In a fantasy world where humans and creatures clash, Season Two of Carnival Row picks up with former inspector Rycroft Philostrate a.k.a. Philo (Orlando Bloom) investigating a series of gruesome murders stoking social tension. This will be the final season of Carnival and will begin streaming from February 17, 2023.

4
Queens on the run

Queens on the Run follows ten Brazilian drag artists from across the country in a competition for the title of “Supreme Drag” as they travel to multiple Brazilian cities on a extravagantly decorated bus. The streaming date for the show is yet to be announced.

Paatal Lok Season 2 is an upcoming web series based on a crime novel. Amazon Prime Video has announced the second season but an exact release date is not known yet.

The series has been created by Sudip Sharma. Avinash Arun and Prosit Roy together directed the series starring Jaideep Ahlawat who plays the Delhi Police officer Hathiram Chaudhary. Other cast members of the show were Neeraj Kabi and Gul Panag are in the lead roles. The show’s first season had nine episodes, the same is expected in the second one.

Mumbai Diaries Season 2 will be releasing on Amazon Prime Video. The makers have not yet announced a confirmed release date for the season 2. The series is all about the disasters that happened in the past across the city.

It shows that how a medical staff handled that critical situation which is also reported by a journalist. The season 2 will also see the return of Konkana Sen Sharma, Mohit Raina, Natasha Bhardwaj, Satyajit Dubey, Mrunmayee Deshpande and Prakash Belawadi.

Mirzapur, the most popular Indian web series, will shortly return for a third season. Mirzapur Season 2 concluded with a lot of mystery, and it will be explained in Mirzapur Season 3, which will air soon.

8
Breathe: Into the Shadows Season 2

Amazon Prime’s original crime thriller Indian series ‘Breathe: Into The Shadows’, season 2 will be premiered on the platform soon. The new season is to be launched in 2022, but no confirmed date has been given for now from makers and producers.

Mayank Sharma is the creator and director of the crime drama show ‘Breathe Into The Shadows’. The show is produced by Abundantia entertainments for Amazon prime. The first season of Breathe was released on 10 July 2020 on Amazon Prime starring Abhishek Bachchan, Amit Sadh, Nithya Menen, Naveen Kasturia, Saiyami Kher and more.

Manoj Bajpayee led spy thriller series The Family Man will soon be back with its highly- anticipated Season 3. There has been no official announcement of a specific release date for The Family Man Season 3.

Manoj Bajpayee has been cast in the show’s third season, and he will be playing a significant character in the show as special agent Srikant ‘Sri’ Tiwari. Raj Nidimloru and Krishna D.K. have collaborated on the production of the series.

Made In Heaven is a web series created by Zoya Akhtar for Amazon Prime Video. The first season of the series was released in March 2019. The Season 2 is expected to be released in 2022. But an exact launch date has not been revealed yet.

The story revolves around two Delhi wedding planners, Tara and Karan who run a company called Made in Heaven. The series is produced by Excel Entertainment. Reports suggest that stars like Jacqueline Fernandez, Radhika Apte, Dia Mirza, Mrunal Thakur will be a part of Made In Heaven 2.

The third season of Tom Clancy’s Jack Ryan finds CIA Officer Jack Ryan on the run and in a race against time. Jack is wrongly implicated in a larger conspiracy and suddenly finds himself a fugitive out in the cold. Now, wanted by both the CIA and an international rogue faction that he has uncovered, Jack is forced underground, crisscrossing Europe, trying to stay alive, while preventing a massive global conflict. The third season of Jack Ryan will stream on Prime Video from December 21.

MAMMALS follows the story of Jamie (JAMES CORDEN), a Michelin star chef whose world implodes when he discovers shocking secrets about his pregnant wife, Amandine (MELIA KREILLING). Jamie finds himself hunting for answers with the help of his brother-in-law Jeff (COLIN MORGAN). The season 1 of Mammals streams in Prime Video starting November 11.

The Devil’s hour is an original series coming to Amazon Prime on October 28 about a woman wakes up every night at exactly 3:33am, in the middle of the so-called devil’s hour between 3am and 4am.

The English is about a woman who seeks revenge on the man she sees as responsible for the death of her son. It will stream on Amazon Prime on November 11.

Created by Abundanita Entertainment, the web series Hush Hush features some strong female protagonists and also some fine female talent behind the camera. It is already streaming on Amazon Prime since September 22, 2022.

The Amazon Original web series, Lord Of The Rings Season 1 will be released on September 2, 2022 on Prime Video. There will be 20 episodes in the series which will be released weekly on Fridays. The series is produced by Amazon Studios in cooperation with the Tolkien Estate and Trust, HarperCollins, and New Line Cinema, with Payne and McKay serving as showrunners.

Set in the Second Age of Middle-earth, thousands of years before the events of The Hobbit and The Lord of the Rings, the series follows an ensemble cast of characters as they confront the re-emergence of evil in Middle-earth.

17
A League of Their Own

Based on the 1992 film of the same name, the series revolved around a fictional story based on the real women’s baseball league that started during World War II. It streamed on Amazon Prime from August 12, 2022.

Do let us know in comments upcoming movies and shows on Amazon Prime that you look forward to watching.