Those, who want to buy a tablet without spending a fortune while not compromising on features, should look at tablets in the Rs 20,000 to Rs 30,000 segment. Unlike the affordable category, Android tablets are not the only option here. Though this segment won’t offer you the best of technology but it has the devices that offer very premium experience.

Here we have picked up five best tablets which are available in India and are priced between Rs 20,000 to Rs 30,000.

Though this was introduced last year, the Apple iPad with Retina display (fourth generation) remains one of the best tablets available in the Indian market. Though most of the e-retailers in India offer this for more than Rs 30,000, Amazon India is selling it for just Rs 29,800. 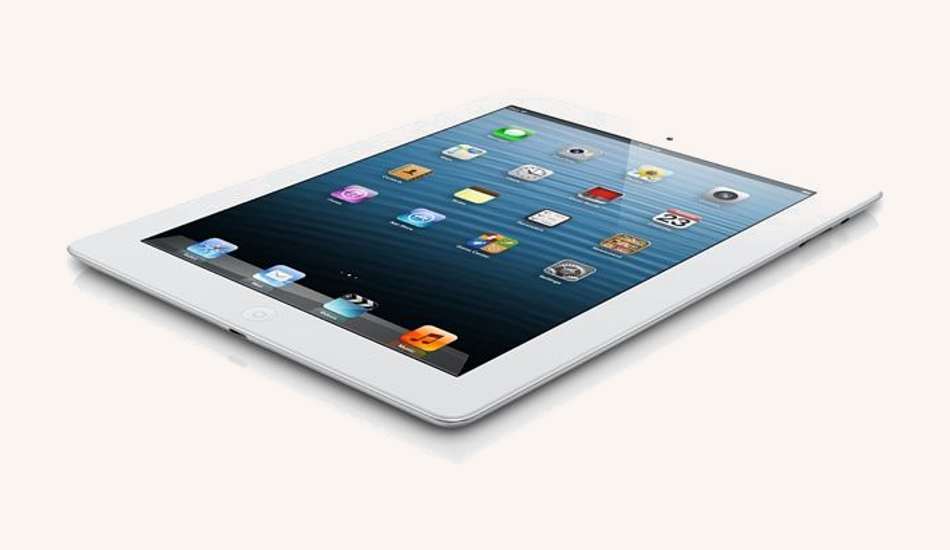 This iPad model comes with a 9.7-inch IPS LCD Retina display with 2048×1536 pixel resolution, offering crisp visuals. Its 16 GB internal storage and no expandable storage slot which might (will) pinch you. This tablet is powered by the Apple A6X mobile chipset. Apple has packed a 5 megapixel iSight autofocus camera which features five-element lens. In its front lies a 1.2 megapixel camera for FaceTime HD video calls.

This tablet offers 1080p (full HD) video recording as well as editing on the go facility. It offers up to 10 hours of battery life for web browsing and other activities. In terms of overall experience, this tablet is one of top ones but only thing pinches is the lack of on-board and expandable storage.

Apple refreshed its compact tablet with the new iPad Mini with Retina display and thereby made the competition tough. The iPad Mini with Retina display offers a stunning 7.9-inch IPS LCD display, sporting 2048×1536 pixel resolution. Crisp text and stunning visuals are promised on this finger-resistant (due to its Oleophobic coating) display. Apple has powered this iPad Mini with the Apple A7 mobile chipset that supports 64-bit architecture and M7 motion processor. The native hardware easily runs the new iOS 7.0 update like a breeze. 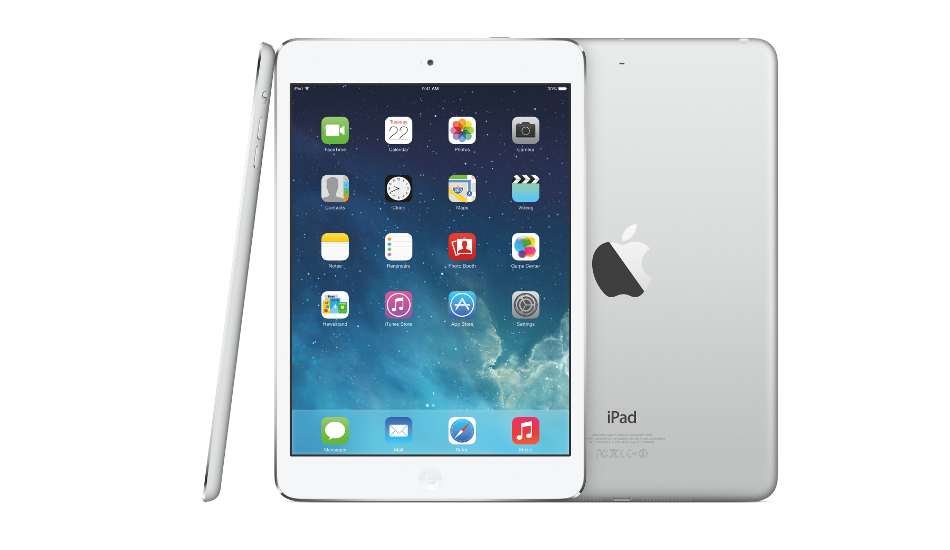 This tablet has dual-channel WiFi support for faster downloads and seamless video streaming over WiFi networks. Its iSight camera at the back can record full HD videos and capture decent quality 5 megapixel images. The camera has five-element lens. Its front facing 1.2 megapixel iSight camera aides in FaceTime HD video calls. This new iPad Mini supports the Lightning connector for charging and packs three axis gyrosensor along with accelerometer to aide in gaming. Built-in battery promises up to 10 hours of web browsing over WiFi network. If you wish for 3G SIM support then that particular version of this tablet costs about Rs 37,900 roughly. However, the WiFi only version can be bought for Rs 28,900 or less.

Google and Asus made Nexus 7 (2013) tablet is being sold in India with 16 GB and 32 GB storage options. Google offers this tablet with Android 4.4 KitKat running out of the box. The Nexus 7 features a 7-inch IPS-LCD display with 1920×1200 pixel resolution. This high resolution bearing display is made using the scratch-resistant Corning Gorilla Glass. 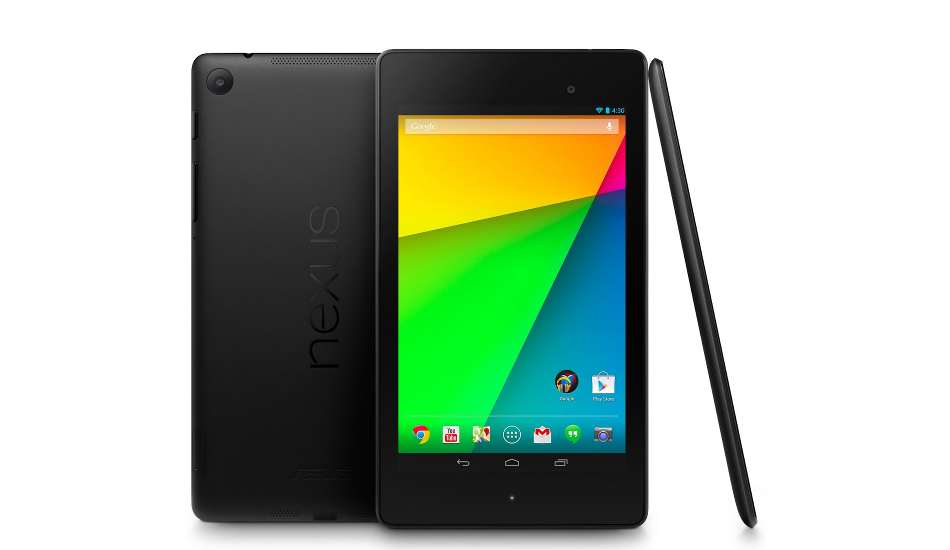 The Nexus 7 (2013) is powered by the quad-core 1.5 GHz Qualcomm Snapdragon S4 Pro mobile processor, Adreno 320 GPU and 2 GB RAM. At the back, it has a 5 megapixel autofocus camera while a 1.2 megapixel camera is in its front for video calls. This tablet can support a 3G network SIM but there is no voice calling support. Nexus 7 (2013) has dual stereo surround sound speakers by Fraunhofer. Google has also packed USB on-the-go support to this tablet. The Nexus 7 (2013) packs a 3950 mAh battery to offer about 9 hours of multimedia entertainment.

Samsung Tab 3 T211 features an 8-inch display with 1280×800 pixels resolution. The tablet is 7.4 mm thick and weighs 314 grams. Samsung has armed it with a 1.5 GHz Exynos 4212 dual-core processor and 1.5 GB RAM. The Galaxy Tab 3 T311 runs on Android 4.2.2 Jelly Bean operating system and has the TouchWiz user interface layered on top of it. By default, it offers 16 GB storage but has a memory card slot. It has 5 megapixel rear camera and a 1.3 megapixel camera in the front. The Galaxy Tab 3 T311 features 3G network supporting SIM module with voice call support as well as WiFi support. 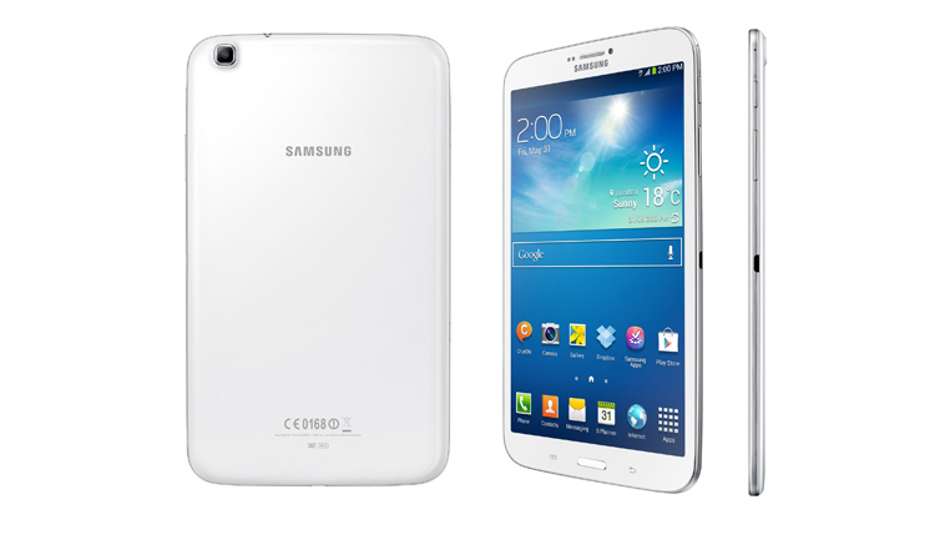 The tablet comes integrated with Dolby Surround sound technology. Samsung has packed Bluetooth, GPS with A-GPS support and a non-removable 4450 mAh battery in Tab 3 as well. To check out the review of the Galaxy Tab 3 T311, click here. 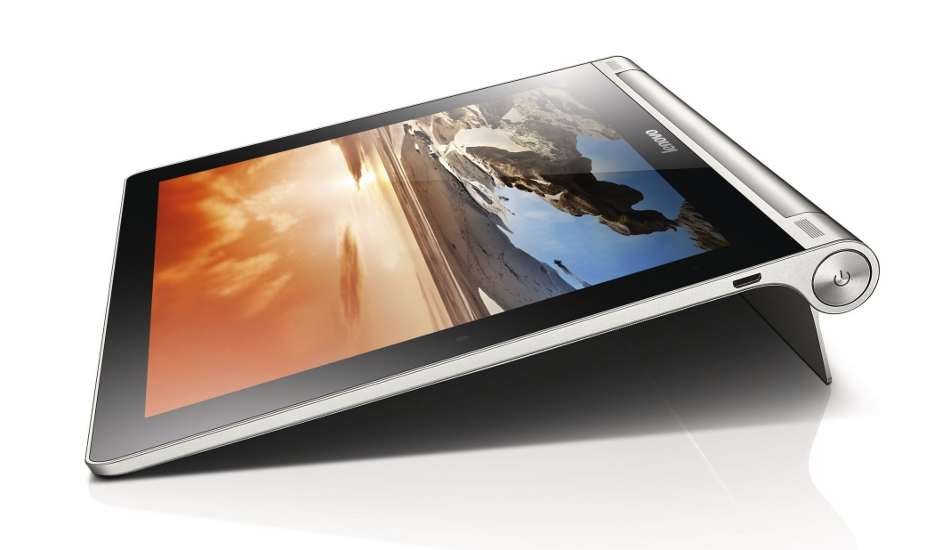 Lenovo has powered this tablet with a quad-core MediaTek MT8389 mobile chipset and 1 GB RAM. The Yoga 10 offers 16 GB on-board storage and has a memory slot as well. Lenovo has loaded the tablet with Android 4.2 Jelly Bean. For great web browsing experience, it comes with WiFi support along with 3G network support through a SIM module. At the rear, Lenovo has packed 5 megapixel camera for imaging while in its front lies a 1.6 megapixel camera in the front. This tablet is being sold online for roughly about Rs 27,000.