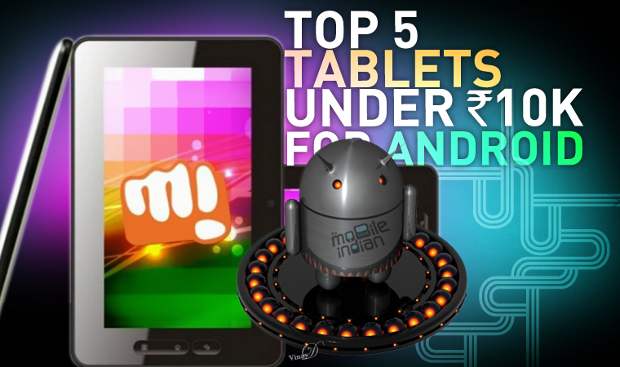 If you are also looking for a tablet to buy make sure you consider this selection. These tablets offer the best of both functionality and features.

If you are also looking for a tablet to buy make sure you consider this selection. 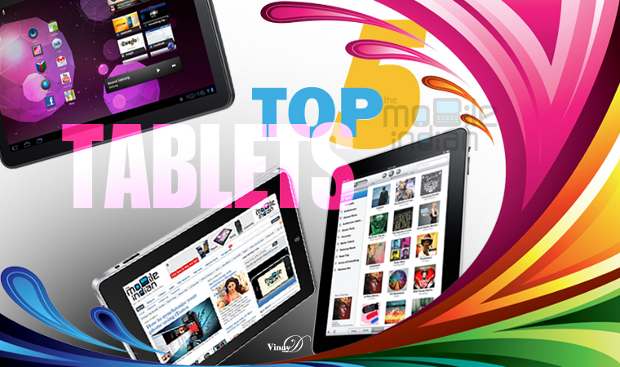 These tablets offer the best of both functionality and features, and there is a range of prices to pick from.

Apple’s iPad is one of the best selling tablets in the world, and Apple contantly endeavours to improve and innovate. The iPad’s latest version, iPad 3 or iPad Retina as it is popularly called is the newest Apple tab.

This new iPad has a 9.7 inch display, same as the previous version, but the quality is different. Apple has used a Retina display that supports 2056 x1536 pixel resolution and has a screen density of 326 pixels per inch. The iPad Retina features an improved A5x processor that is much faster than older iPads. It comes with ten hours of battery life for a whole day of uninterrupted usage as well. The new Apple A5X mobile processor comes with quad core graphics (PowerVR SGX543MP4) and it’s the same one used in the Sony PS Vita portable game console. 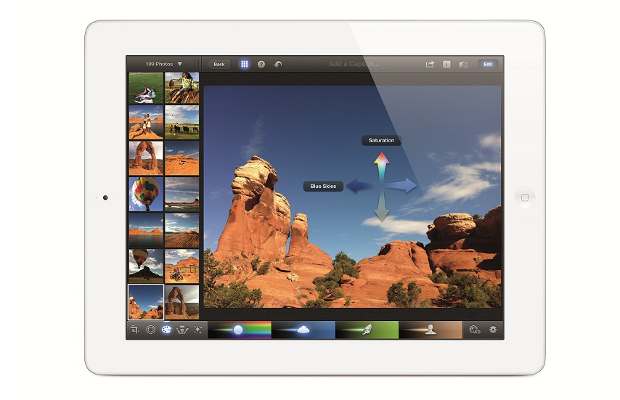 Apple has added a new iSight camera designed by Apple that has a 5 megapixel image sensor and a hybrid IR filter along with a five element lens. This 5 megapixel iSight camera is capable of recording 1080p HD video. There’s a front facing VGA camera to perform the FaceTime video chat function. Apple has added a new dictation feature by putting a microphone icon on the keyboard.

Along with that the new OS upgrade now brings Siri, the voice assistant, to this iPad as well.

Through ups and downs the BlackBerry PlayBook has managed to survive globally and still remains a hot favourite amongst users. BlackBerry Playbook runs on QNX operating system and is powered by a Cortex A9 dual core processor with a PowerVR SGX540 graphics card and 1 GB RAM. In terms of performance the PlayBook is by far the most impressive tablet and the one with the maximum battery life too. 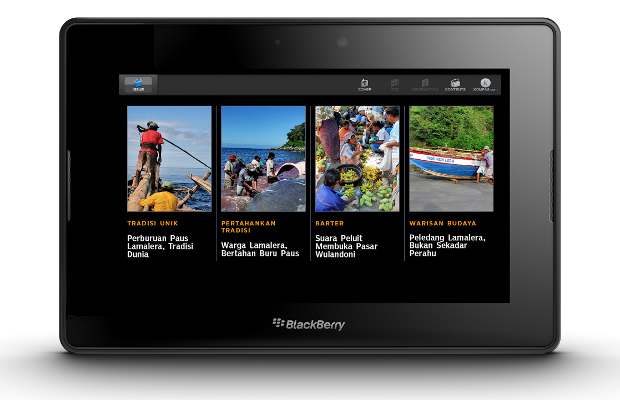 PlayBook sports a 7 inch LCD capacitive touchscreen that has 1024 x 600 pixel resolution. The high resolution screen also has four point, multi-touch and gesture support features. There’s a 5 megapixel camera at the back of the PlayBook that can record full HD 1080p video in Mpeg format. There is also a 3 megapixel front-facing camera that allows video chats. PlayBook does not have a micro SD memory card slot, but with 64 GB of onboard memory we think users can survive with it for a couple of years.

There were certain problems with the tablet though. For example, to access mail and BlackBerry Messenger you have to connect the tablet with a BlackBerry phone. RIM has tried to address this particular issue with the PlayBook 2.0 software update, which is now available for all regions across the globe.

When it comes to devices with powerful specifications and a unique form factor, Asus Transformer is at the top of the list. Like its predecessor, this tablet has a keyboard docking station which transforms it into a laptop. Aside from transforming from tablet to laptop the device also gets double the battery life and a whole new set of functionality as well.

The Eee Pad Transformer Prime comes with a 10.1 inch super IPS capacitive touchscreen with ten finger multi touch support. The display is made of Corning Gorilla glass and is hence scratch proof. 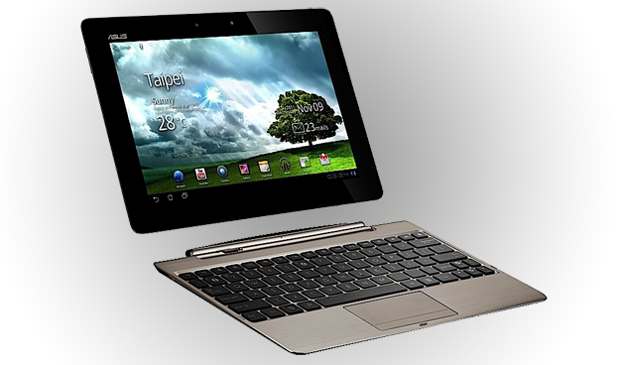 Currently, the tablet comes with Android 3.2 Honeycomb operating system but is upgradable to Android 4.0 Ice Cream Sandwich. Asus has fitted an Nvidia Tegra 3 quad core processor and 1GB of RAM for smoother function on this tablet. Besides, the tablet comes in 32 GB and 64 GB memory variants.

There is a 1.2 megapixel front camera and an 8 megapixel back camera with flash on the Transformer Prime tablet. It also has WiFi, an HDMI port, a micro SD card reader, and audio jack. For better gaming, Asus has provided a G-sensor, light sensor, gyroscope, and e-compass as well.

Samsung Galaxy Tab-2 310 is the second generation Android tablet launched by Samsung in India. The Galaxy Tab 2 310 is a 3G tablet that offers good performance and for the price of Rs 19,000 it comes as an absolute delight. The It has a 7 inch, touchscreen, 1024 x 600 pixel display and has almost the same features as the older Galaxy Tab products available in the market. The device comes with 16 GB onboard memory capable of being expanded up to 32 GB with SDHC cards. Housing a dual core 1 GHz ARM Cortex mobile processor; this tablet runs Android 4.0 ICS OS. Samsung has added a custom TouchWiz user interface to enhance the user’s experience. 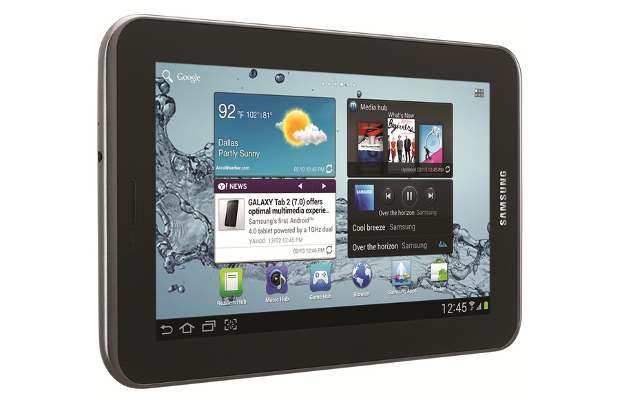 This tablet features a USB 2.0 port and offers wireless connectivity through WiFi, Bluetooth, and DLNA. The Galaxy Tab by default supports a number of popular video formats such as DivX and Xvid.

Indian mobile device manufacturer iBerry has been a late entrant in the market but with its rightly priced and feature rich products it too has gained a lot of fame in the past few months. iBerry Auxus AX02 is the company’s first ever Android ICS offering till date and no doubt it is impressive.

The iBerry Auxus AX02 comes with a 7 inch 800 x 480 pixel capacitive touchscreen capable of up to five touch inputs and support for pinch-to-zoom. 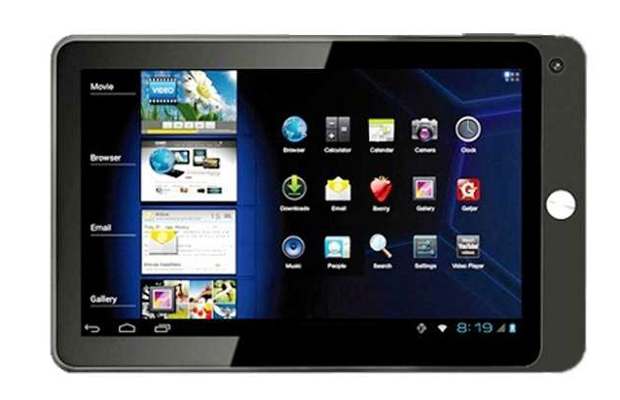 It has a Cortex A8 architecture based 1GHz processor and dedicated dual core Mali graphics processor for visual superiority. It features 1 GB of DDR2 RAM which is just the right amount of memory for apps to work freely on ICS, and it has 4 GB of internal memory which can be expanded up to 32 GB using external SDHC cards.

For data connectivity, iBerry Auxus AX02 has the option of WiFi and 3G connectivity through a USB dongle. The tablet also has an HDMI port which will allow users to connect the device to a TV. The Android tablet also supports a number of music and video file formats for entertainment superiority while being mobile too.

There is a VGA (0.3 megapixel) front facing camera for video chats, as well as a 3 megapixel rear camera capable of video recording. Also, there is a 4000 mAh battery that provides more than five hours of non-stop action.