Top 5 soundbars that you can buy 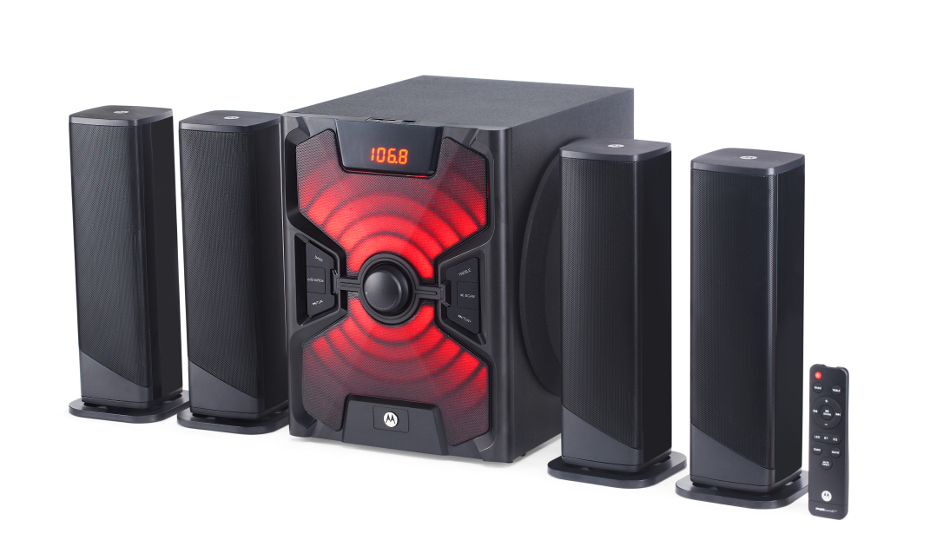 Soundbars are great for home entertainment without the need for cords running everywhere. Here's our list of Top 5 soundbars that money can buy.

Home movie watching has come a long way. The visual aspect of a home theatre has gone through a metamorphosis of changes. From DVDs to Blu-rays to Online streaming, it sure has come a long way but so has the audio aspect. People have gone from watching hearing their movies on their basic TV stereo to full-fledged multi-channel system but, both have their own drawbacks. The TV stereo just sounded bad and the multi-channel setup is expensive and complicated with all the wirings and fittings. To fill this void of convenience and quality, soundbars were introduced. A soundbar is basically an all in one multi-speaker system where all the speakers are housed in a single housing. The housing holds all the components including the amplifier and the necessary speakers including the subwoofer. Like every piece of technology, soundbars have evolved too. They now support the latest audio codecs like DTS:X and Dolby Atmos and have speakers system and software enhancements that can create a surround sound virtualization without any extra speakers. The current audio market is flooded with soundbars in all price ranges and with different assortments of features. So how do you choose? With our listing of top 5 soundbars and their features across the board, your choice would be easy and clear.

The LG S10YG is LG’s flagship soundbar and sells in India for INR 79,990 and is a 5.1.2 ch soundbar. It was made in partnership with meridian audio whose digital signal processing technology is built into it which ensures a wider soundstage. The soundbar looks premium with metal construction all around. The front grill houses all the speakers including a silk dome tweeter. The top has all the necessary controls and openings for the two upward-firing Atmos speakers. At the back, the soundbar is equipped with an optical in port, USB in port and dual HDMI in and an HDMI ARC with 4k pass through. The soundbar also supports Bluetooth and WIFI for wireless connectivity. 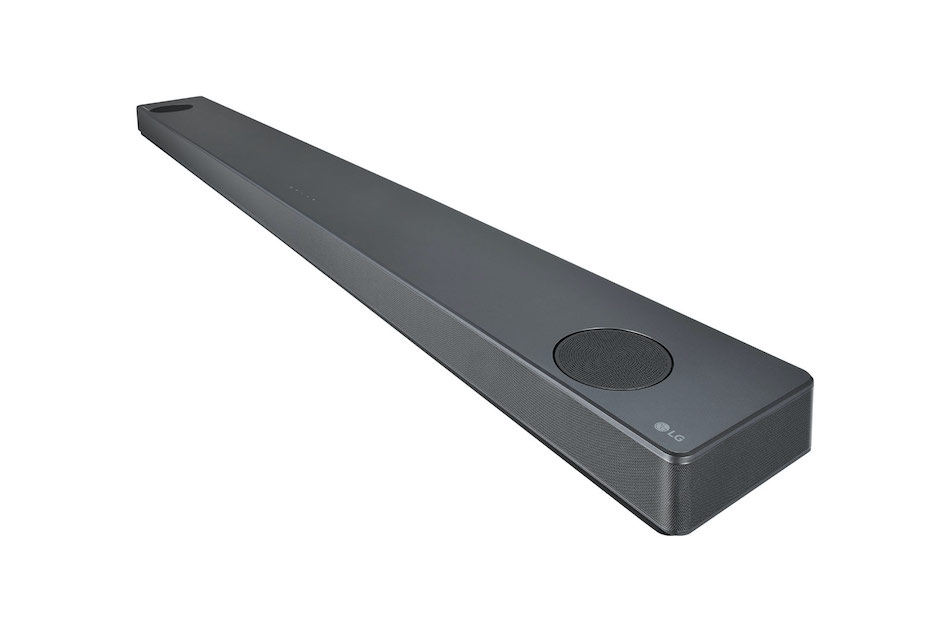 The soundbar is long and would perfectly match LG TV’s of size55 or 65inches. It supports all the latest audio codecs like DTSX, Dolby Atmos, Dolby Digital and more. It also supports Hi-Res audio giving it the ability to play music with higher bitrates. The two upward-firing speakers create a height effect for Dolby Atmos by reflecting the sound of the ceiling back to the viewers. The soundbar has built-in Chrome cast for audio streaming and Google Assistant baked right in so you can just say ‘hey google’ and get answers to your questions and control your smart home devices. The soundbar comes with a dedicated subwoofer with a 7inch driver for a better low-end response. You can also add additional surround channels with the SPK8-S 2.0 channel soundbar wireless rear speaker kit for INR 8990

Can be too long for some TV cabinets

The Bose soundbar 700 price at INR 79,000 is Bose’s attempt to enter the smart speaker market along with the soundbar 500. The soundbar 700 has Alexa built-in, making it capable of acting as a smart home hub. As for the design, it has a metal grill that surrounds the front and a slab of tempered glass that sits on top. The left corner also holds a light strip for Alexa with her controls right on top. The back is populated with an HDMI eARC port, Optical in, An ethernet port, power in, subwoofer out and an input for Bose’s proprietary audio calibration headset called AdaptIQ. The AdaptIQ needs to worn on your head while the soundbar plays test tones for custom calibration of audio based on your room acoustics. For wireless connectivity, it supports Bluetooth and WIFI. With the latest update, it also supports Apple Airplay 2 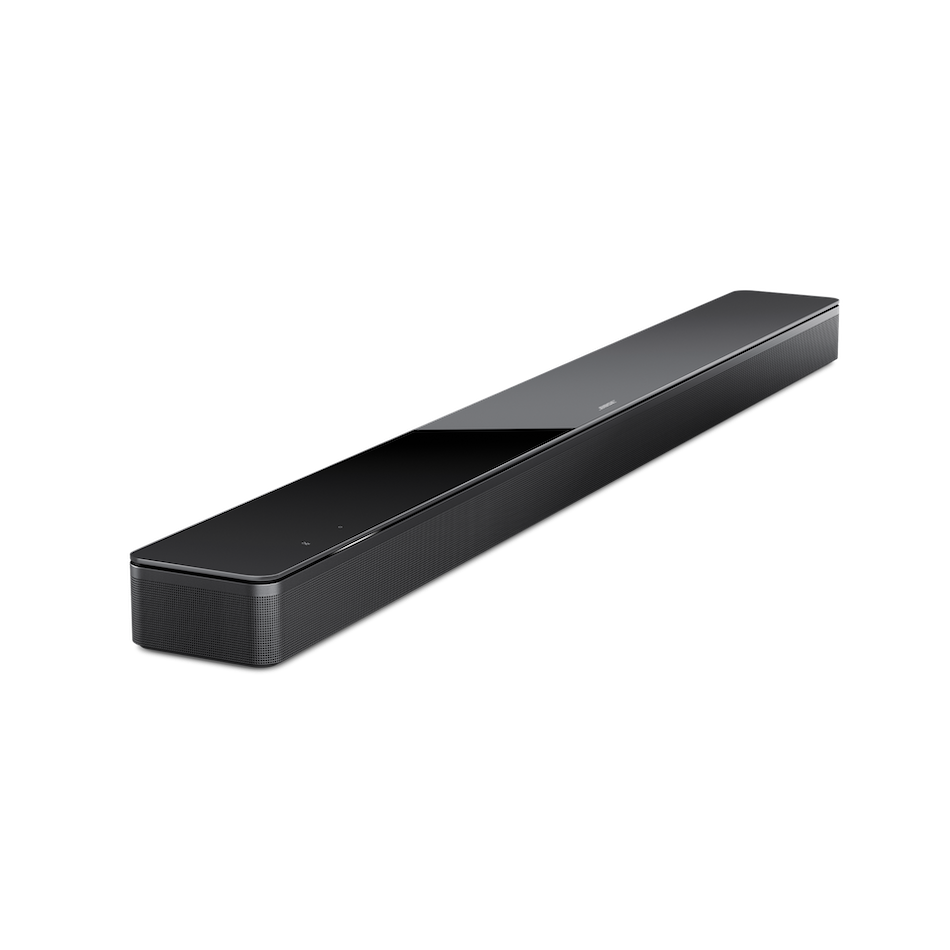 The soundbar houses four midrange drivers that produce some decent low ends, a single tweeter and two speaker modules on each side which Bose calls the PhaseGuide speakers. What these PhaseGuide speakers primarily do is throw sound on either side of the room creating virtual side channels.

The soundbar supports only a handful of audio codecs like Dolby Digital and DTS surround with no support for DTS:X, Dolby Atmos or even Dolby Digital Plus. The soundbar is controlled with the Bose Music app which is very buggy and unstable. Bose is currently trying to fix this via firmware updates.

The HT-ST5000 is Sony’s flagship soundbar and is priced at INR 1,39,990. The soundbar is a 7.1.2ch soundbar and comes with a dedicated subwoofer in the box. The soundbar has an all-metal finish. Behind the front grill are the seven speakers out of which three are coaxial speakers where the tweeter and the woofer are built into one. The top houses the touch capacitive music preset buttons and openings for the two Atmos Height speakers on either side. The soundbar employs Sony’s S-Force Pro Front Surround for virtualization of surround audio. As for connectivity, it has 3x HDCP 2.2 compatible HDMI inputs, 1x HDMI ARC output, optical SPDIF, analogue AUX and a USB connection. It also supports Bluetooth, WIFINFCand has a Chromecast built-in. 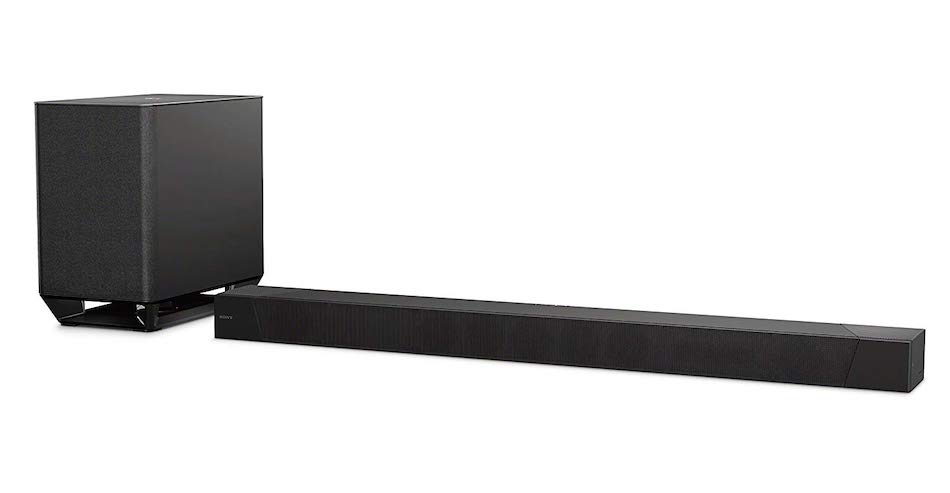 The HT-ST5000 uses S-Master HX Digital amplifier, Digital Sound Enhancement Engine HX and Clearaudio+ for digital sound enhancement and better signal processing. It supports Hi-Res audio giving It the ability to play music with higher bitrates. As for supported formats, it supports Dolby Atmos, Dolby Digital and Dolby Digital Plus to name a few. Sadly, none of the DTS codecs are supported.

The Bar 5.1 has a very special feature that makes it stand out. It has detachable, battery-powered surround speakers.These rear speakers are charged by simply connecting them to either side of the soundbar. It also comes with a 10inch subwoofer for handling the lower frequencies. A metal grill goes all around the bar and also hides a small display which is located at the front. The top features four buttons for controlling the bar. Inside, it has 6x 2.25’’ racetrack drivers and 3x 1.25’’ tweeters. At the back it sports 1x HDMI in, 1x HDMI out with ARC with 4K pass-through along with 1x optical in and 1 analogue port. It also supports Bluetooth for wireless music streaming. 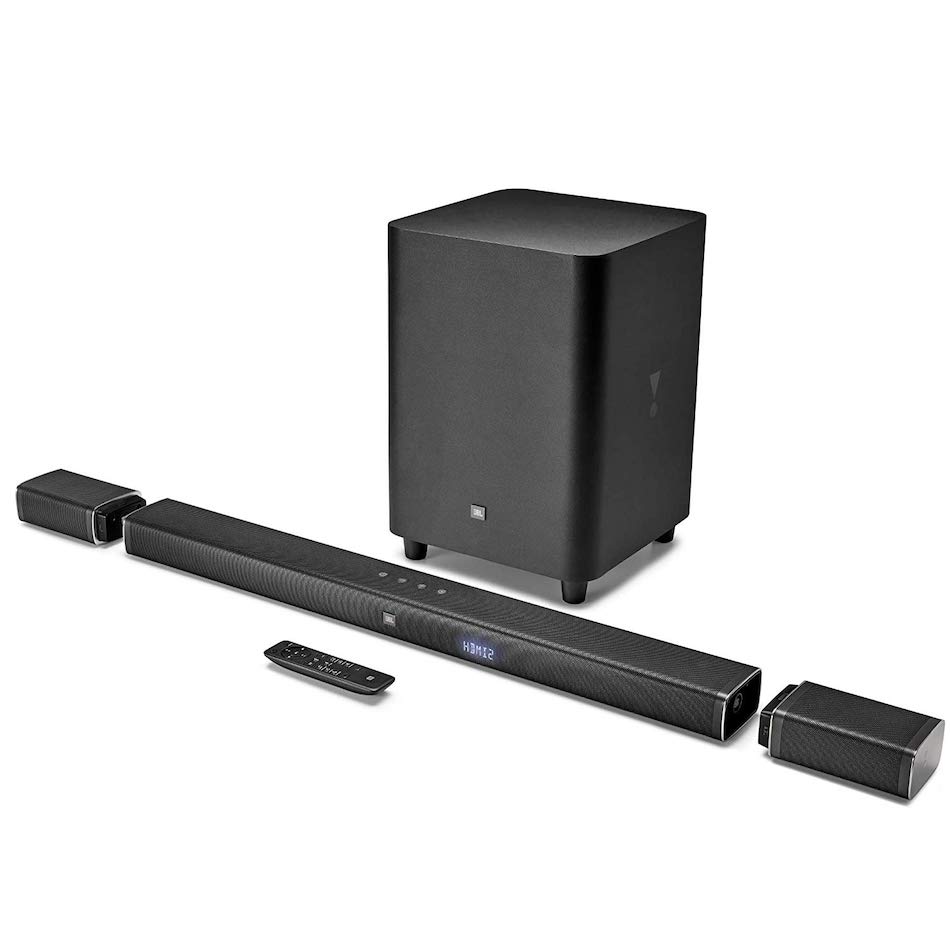 In the box surround speakers

On 29thJanuary 2020, Sennheiser launched its flagship Ambeo soundbar in India for a whopping INR 1,99,990.It’s a 5.1.4 all in one soundbar. It has a fabric-like material covering the exterior with the light-up AMBEO logo. Inside there are 6×4’’ longthrow woofer, 5×1’’ tweeter, 2×3.5’’ full-range upward-firing drivers. It claims to produce bass as low as 30hz without the need of an external subwoofer. The AMBEO 3D technology can upmix normal 5.1 audio into 3D audio with the help of digital virtualisation. At the back it has a ton of ports including: 3x HDMI In, 1x HDMI out eARC, 1x Optical In, 1x AUX In, 1x Ethernet, 1X USB(for service/Update), 1x Subwoofer pre-out, 1x Mic Input. For wireless connectivity, it supports Bluetooth, wifi and has a chrome cast built-in 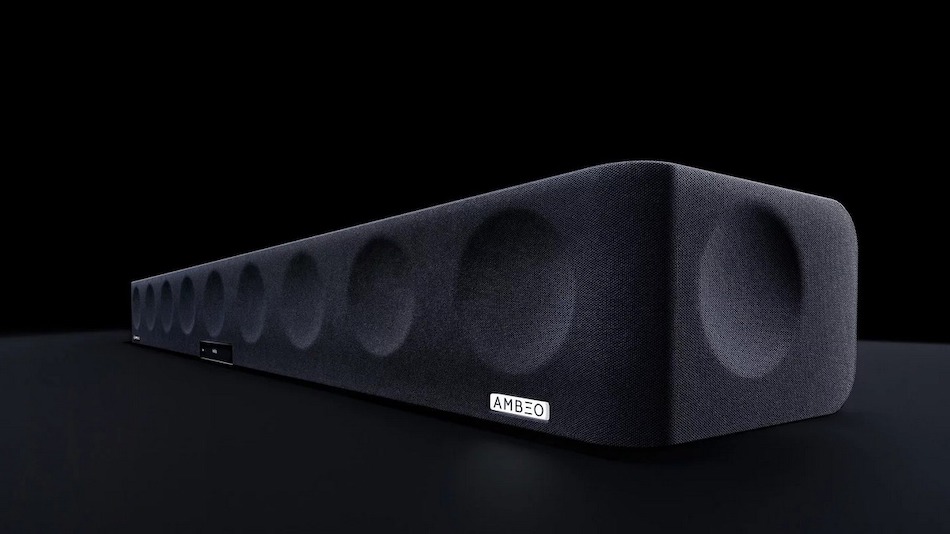 The AMBEO soundbar supports almost every audio codec including: Dolby Atmos, Dolby Digital, Dolby Digital Plus, Dolby Digital True HD, DTS:X, DTS-HD to name a few. The soundbar can be controlled using the Smart Control app. Inside the box, you are also supplied with an audio calibration Mic for custom calibrating the sound to your room acoustics. An external subwoofer can be added using the Subwoofer Out port.

Deep bass without a subwoofer