Here’s a list of top 5 expensive NFTs that have been sold on the market. Check out the price of the most expensive NFT. 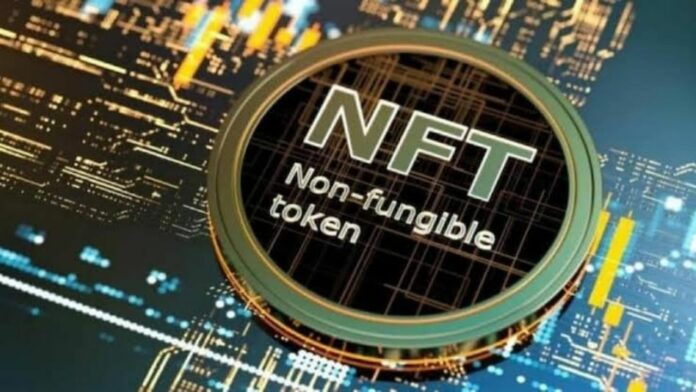 While the craze about NFT may have settled down a bit, the digital asset space has seen a major boom in the past and people have earned huge sums of money, all thanks to Non-fungible tokens. NFTs are not limited to images but can be of other various types such as an audio file or a video, giving users a wide scope as to what they can create and sell on an NFT marketplace. Taking advantage of the gaining popularity of NFTs, people have sold art pieces worth millions of dollars. However, which are the most expensive NFTs? Before we show you that, let’s get you through the basics of an NFT.

NFTs turn your digital assets into a unique digital signature. These assets can be bought or sold for real money or cryptocurrency. They are transferable, trustworthy, and maintain ownership rights.

Bitcoin and Ethereum are fungible tokens, which means if you trade Bitcoin or Ethereum for one another, you will have the same value or item in return, basically money. However, NFT is a unique token which means if you try to trade it, you would end up with something completely different in your hands than what you already had.

Each NFT contains specific information for establishing the ownership, such as who owns the digital asset and who sold it, making it distinct and easily verifiable. Furthermore, its originality is secured for forever as it is impossible to forge such a digital certificate.

Now that you know what NFTs are and where they are sold, let’s take a look at some of the most expensive NFTs that have been sold in the market.

Top 5 Most Expensive NFTs ever sold

At number 5 is an Alien style CryptoPunk art piece that is pixelated in nature. Published by LarvaLabs, this CryptoPunk NFT sold for $23.7 million on February 12, 2022. This is the highest amount ever paid for the CryptoPunk series NFT, which consists a total of nine NFTs out of which some more have been sold for over $11 million. The uniqueness of this NFT is that No two CryptoPunks are exactly alike, and each one of them can be officially owned by a single person on the Ethereum blockchain.

Sold at a price of $28.985 million US dollars on November 9, 2021, Beeple’s HUMANE ONE is one of the most expensive NFTs ever old online. Humane One is a sculpture which is a generative work of art, a dynamically changing hybrid physical and digital piece, which Mike Winkelmann (aka Beeple) intends to seamlessly add and evolve creatively over the course of his lifetime.

The Clock NFT was sold at $52.7 million on February 9, 2022. It is a piece created by Pak and Julian Assange and acts literally as a clock, counting the days that WikiLeaks founder Assange has been imprisoned.

The goal of the NFT was to raise funds for Assange’s legal defence. However, it was ultimately purchased by AssangeDAO — a group of over 10,000 people who pooled their money to purchase the NFT in support of Assange.

This is the second artwork by Beeple to make up to this list and that is for a good reason. The piece was sold for $69.3 million on March 11, 2021. The work is a collage of 5000 digital images created by Winkelmann for his Everydays series, which he pledged to create every day since 2007.

‘The Merge’ is the most expensive NFT ever sold, for $91.8 million. This piece by Digital Artist Pak was sold on December 2, 2021, with 28,983 collectors pitching 312,686 total units of mass, or otherwise known as a nonfungible token (NFT). The price was a record for an artwork sold publicly by a living artist, according to Nifty Gateway, a leading NFT marketplace.

The Merge is actually a Dynamic NFT. These are generated dynamically based on the total mass of the NFT. The NFT will visually become bigger as one acquires more mass. There are no hosted images and all the visuals are generated on the chain, in the contract.

So these were the top 5 most expensive NFTs ever sold, and by now, you would have known what potential NFT holds for the future.