Tablets that are big on features but small on pricing and offer a great deal of functionality as well.

With Android there has been quite a wide variety of devices on offer in the budget category. Many are not from small brands; even bigger brands today have devices in this category. So if you too are looking for a budget tablet to buy then here are some of the top sub Rs 12,000 tablets, which will help you get the best bang for the buck you spend. The prices mentioned approximate the prices offered by online shopping portals across India.

Asus is known for build quality and a very practical user interface that makes workaround on the device fun as well. The MeMo Pad ME172V is a perfect tablet for users seeking multimedia, e-books and internet access through a portable device.

Asus also offers 5 GB of web storage on its cloud servers and by default the device comes in an 8 GB on-board storage, while there is a micro SD card slot to expand storage by 32 GB. The tablet in total weighs 370 grams, and is a mere 11.2 mm thick. It packs a 4270 mAh battery as well.

While Samsung’s older but most exciting tablet Galaxy Tab 2 P3100 has been a great success, the P3110 WiFi-only tablet aims to bring similar functionality minus cellular connectivity at a lower price point.

Samsung Galaxy Tab 2 P311 comes with a powerful 1 GHz processor along with 1 GB RAM and 16 GB internal storage, which can be further expanded by 32 GB through a micro SD memory card. The 3G SIM module is not present in the device but the tablet has WiFi as well as Bluetooth connectivity. Unlike other low cost tablets the P3110 does not support a 3G dongle. 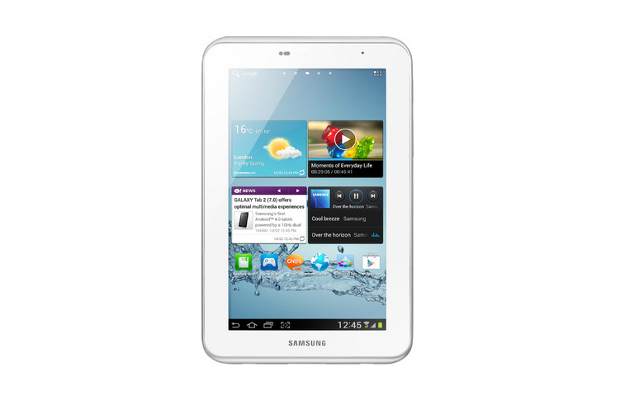 The tablet comes preinstalled with Android’s latest Jelly Bean 4.1 operating system. Along with that the Galaxy Tab 2 P311 has the TouchWiz interface for making navigation easier.

There is a 3 megapixel fixed focus camera at the rear for taking pictures and recording videos and in the front there is a VGA camera for supplementing video chats.

Lava’s E-Tab Xtron+ is an upgrade to the older Xtron tablet, with a powerful set of hardware specifications. It carries the same durable design with an aluminium unibody, which is highly durable and looks like the iPad mini.

The Lava E-Tab Xtron+ includes a 1.5 GHz dual core processor, quad core graphics processor and 1 GB RAM. The Lava E-Tab Xtron+ comes with a 7 inch IPS display with healthy 1024 x 600 pixel resolution, giving the tablet a 178 degree viewing angle. E-Tab Xtron+ has 8 GB of internal memory, of which 5 GB is usable, and it can support up to 32 GB expandable memory. The tablet also gets a 0.3 megapixel front facing camera along with a 2 megapixel camera at the back with video recording. 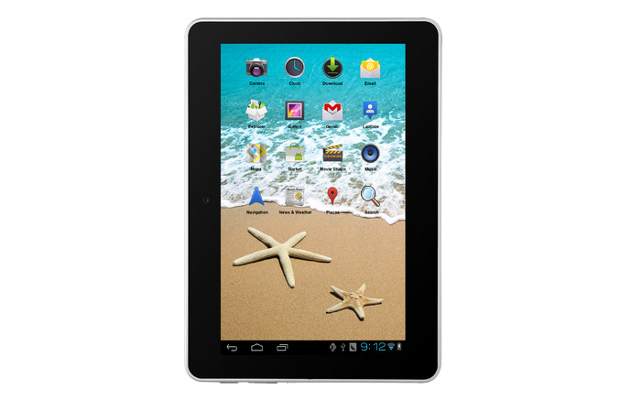 Lava E-Tab Xtron+ comes with the latest Android 4.2.2 operating system and slightly bigger 3700 mAh battery like its predecessor. The Xtron+ is also a WiFi only tablet but gets an HDMI port for easy connectivity with bigger screen devices like televisions.

Although Google has announced the launch of the 2013 version of Nexus Tablet the 2012 version is still one of the most affordable and desirable in the market. The device comes with one of the best processors, a great display and a very affordable price tag.

The Nexus 7 is manufactured by Asus exclusively for Google; the company offers an unadulterated Android experience on this tablet. The Nexus 7 comes with a 7 inch HD touchscreen LED backlit display with 1280 x 800 pixel native resolution. The display features Asus TruVivid technology with Corning Fit glass to provide better colour, clarity, scratch resistance and also support for up to 178 degree viewing angles. 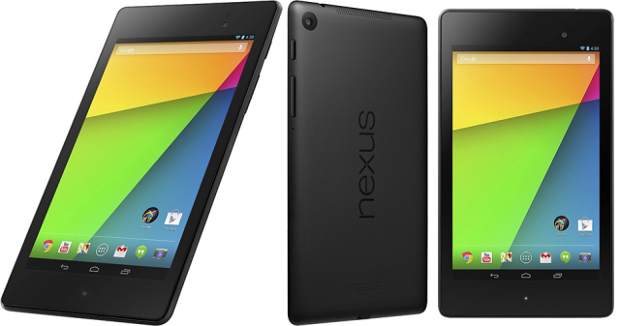 This tablet is powered by a quad core Nvidia Tegra 3 chipset paired with 1 GB RAM. It also features WiFi, Bluetooth, and has a 1.2 megapixel camera in the front but does not have a rear camera.

The Nexus 7 is also a WiFi only tablet and does not feature a memory card slot as well, but users get access to Google drive with 25 GB of free access and to other cloud storage services as well.

The Micromax Funbook P255 is the cheapest android tablet from Micromax that comes with an impressive set of hardware specifications for a price of Rs 4,899. The Funbook P255 comes with a 7 inch capacitive touchscreen with 800 x 480 pixel resolution. 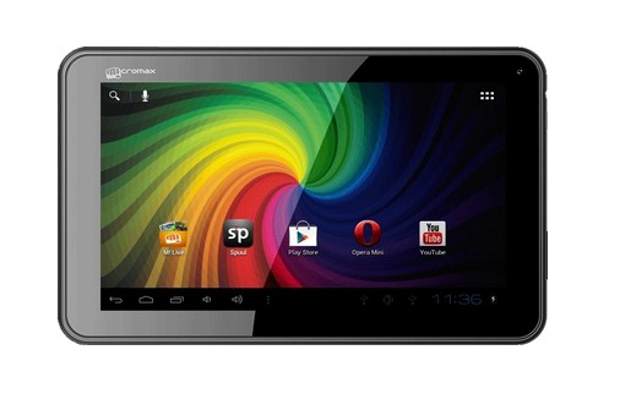 It has a Cortex A8 architecture based 1.2 GHz processor and a dedicated graphics processor. It features 512 MB of RAM, which is just the right amount of memory for apps to work on android Jelly Bean operating system, and there is 4 GB of internal memory, which can be expanded by up to 32 GB through external SDHC cards.

The tablet also has an HDMI port, which will allow users to connect the Funbook to a TV. There is a VGA (0.3 megapixel) front facing camera for video chats as well along with a 2 megapixel rear camera. Also, there is a 2600 mAh battery that according to the company provides four hours of browsing.