Here are the Top 5 alternatives to the Redmi Smart Band Pro which are available in the India market for purchase. 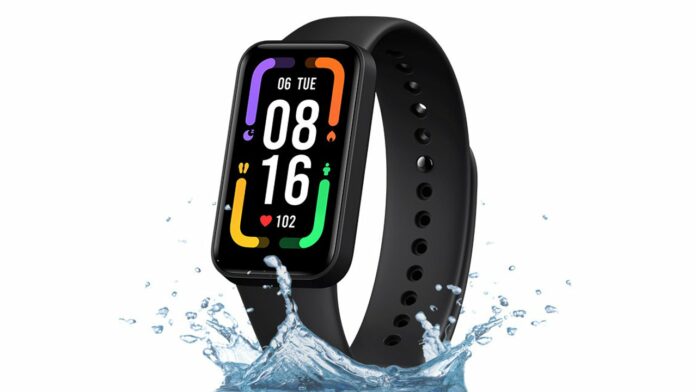 Redmi Smart Band Pro has been launched for Rs 3,999. The smart wearable comes with support for over 110 workout modes, 14 days of battery life, SpO2 monitoring, heart rate monitoring and more.

Xiaomi launched the Mi Smart Band 6 in India last year for Rs 3,499. It is cheaper than the new Redmi Smart Band Pro and can be considered an alternative.

It features a bigger 1.56-inch (152 x 486 pixels) AMOLED touchscreen display and 326ppi pixel density. If you prefer a bigger display, then Mi Smart Band 6 can be a better choice as Smart Brand Pro sports 1.47-inch display. Both are AMOLED but Smart Brand Pro features always-on Display functionality which will of course drain your battery fast.

In addition, Mi Smart Band 6 packs a 125mAh battery claimed to deliver up to 19 days of battery life with a power-saving mode. So this is lesser than the 200mAh that can be found inside Redmi Smart Band Pro.

It has 30 sports models, including walking, running, indoor treadmill, and cycling. In addition, the Mi Band 6 features 24/7 blood pressure, blood oxygen (SpO2), and heart-rate monitoring and supports sleep tracking. These all features are also available on the Redmi Smart Band Pro.

The Mi Smart Band 6 is also waterproof up to 50 metres and has Bluetooth 5.0 for connectivity. The Redmi Band is also rated for 5ATM for water resistance with Bluetooth v5.0. Since the basic features are identical, it will be your personal choice to go with either of them.

Realme Band 2 is loaded with a 1.4-inch colour display with 167 x 320 pixels resolution and 500 nits of brightness. For comparison, the Redmi Smart Band Pro sports a 1.47-inch Super AMOLED display with 194 x 368 pixels screen resolution. So you are getting an AMOLED display in the Redmi Band but if you are looking for a cheaper wearable, you can go for Realme Band 2.

The Realme Band 2 packs a 204mAh battery, which the company claims can offer up to 12 days of battery life. On the other hand, Redmi Band Pro has a 200 mAh battery, with Redmi claiming it will last up to 14 days. So the Realme band has a slightly more battery capacity. So if you are looking at a fitness band under 3k, Realme Band 2 is our pick.

Oppo Band Style fitness band was also launched last year at Rs 2999. It comes with a stainless steel body with TPU+ alloy band as compared to the polycarbonate body of the Redmi Smart Band Pro. Those who do not like the plastic body in the Redmi Band can opt for the Oppo band.

In addition to the 24×7 Heart rate sensor, it also has a Sp02 sensor for blood oxygen monitoring. It comes with a 100mAh battery with up to 12 days of usage which is significantly lesser than the 200mAh battery and 14 days battery life of the Redmi Smart Band Pro.

All the features are almost similar to the Redmi Band, but not to forget, the Oppo comes with a cheaper price tag. This one can be considered to choose if you are not a really Redmi fan.

OnePlus Band was launched in India as the company’s first wearable device last year at Rs 2,499. This one also comes with a similar list of features but at a lesser price.

The Band packs a 100mAh battery that is touted to deliver up to 14 days of usage on a single charge. In addition, there is Bluetooth v5.0 connectivity compatible with the devices running on at least Android 6.0. Though this Band is now almost a year old in India, it still offers similar features as the newly launched Redmi Smart Band Pro.

One of the other alternatives to the Redmi Smart Band Pro is the Honor Band 6 which was launched in India last year for Rs 3999. This is priced same as the new Redmi Band.

The Honor Band 6 comes with 10 sports modes, including outdoor running, indoor running, freestyle workout. In addition, it also comes with sleep monitoring, breathing exercises, stress monitoring, and tracking for women’s menstrual health. These all features are also available on the Redmi Band.

The Honor band can be a good choice if you do not buy the Redmi Band. The Honor 6 band offers all the features required for a fitness band.