The OnePlus Nord Watch is all set to debut in India soon. Here are some of things that we know about the upcoming wearable. 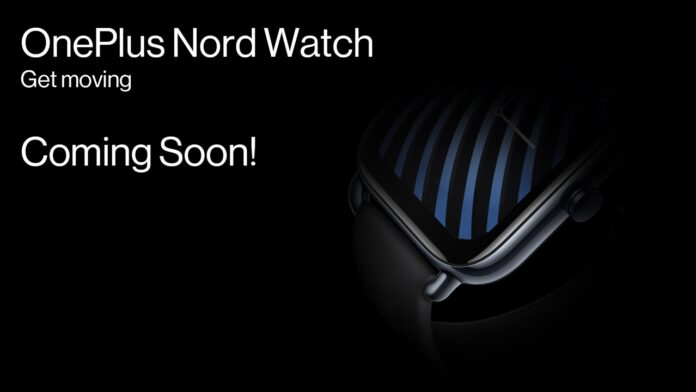 OnePlus forayed into the wearable segment two years back with the OnePlus Watch and it is now looking forward to unveil a new wearable under its Nord brand. OnePlus has confirmed the existence of the Nord watch and has also revealed that it is going to launch in India soon. If you are considering to buy the upcoming wearable, here are top 5 things we know about the smartwatch:

While the OnePlus watch came with a price tag of Rs 16,999 and was later reduced, we expect the Nord Watch to cost below Rs 10,000. An earlier report stated that the watch could cost Rs 5,000. Furthermore, one can expect it to launch later this month or most probably by next month.

Now, the teaser from OnePlus shows that the watch will come in a rectangular form factor. However, a leak states that the Nord Watch will be available in another model which will have a circular dial. The Nord Watch variant with circular dial features a protective edge with dash lines indicating minutes and hours.

The circular model is said to be the rugged version of the wearable and has two crown buttons on the right side. There are two more versions of the circular mode, where the second circular variant gets the same design as the first one but lacks the dash lines. The third variant gets a single crown and there are no dash lines as well.

The rectangular model is said to come in two versions. Both of them have two buttons on the right side. While one of them has a loop-like band, the other has a click-and-fit like band. The first one is said to have a larger screen size.

Further, OnePlus will come with fitness-centric features on a budget and will also house a big battery. Apart from that, the upcoming smartwatch from OnePlus will come with step counting feature and various sports modes such as outdoor cycling and outdoor walking. Additionally, the basic features of a smartwatch will all be present, including a SpO2 sensor, heart rate monitoring, and sleep tracking capabilities.

A couple of months ago, some screenshots of an app called N-Health got leaked which spilled the beans on some of the features the Nord Watch will come with. The app will be exclusive to the OnePlus Nord watch lineup. The screenshots showed six watch faces coming for the Nord Watch and there’s also a “Custom dial” feature, which will let you customize your watch face using photographs from a connected device.