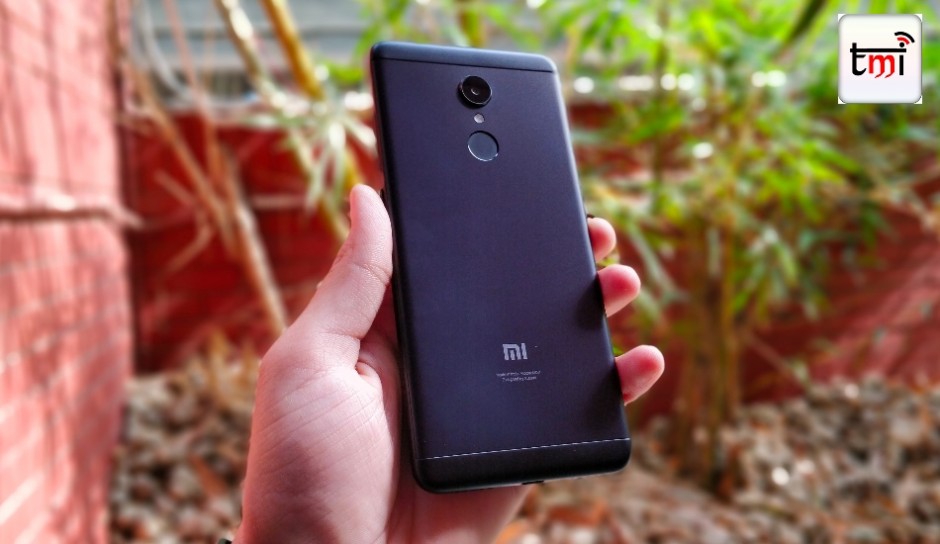 Claimed to beIndia’s number one smartphone manufacturer, Xiaomi has launched the Redmi 5 budget-centric mobile phone in the country a couple of weeks back. It is the company’s third device of the year after the Xiaomi Redmi Note 5 and the Redmi Note 5 Pro launch.

With the launch of Redmi 5, the brand has a refreshed portfolio for this year pricing between Rs 7,999 to Rs 16,999. Among which the Redmi Note 5 Pro (Review) is more of flagship device with powerful specification and dual rear camera setup, while the Redmi Note 5 (Review) act as a middleman with decent specs and a single camera.

Before we start, it is worth noting that the unit which we received is the 3GB RAM variant which is priced at Rs 8,999, the 2GB RAM and 4GB RAM variants are also available for Rs 7,999 and Rs 10,999 respectively. The Redmi 5 is approximately 2 cm taller than Redmi 4 and features a 5.7-inch display. We have checked out the black coloured unit, however, the smartphone is also available in Gold, Rose Gold and Blue options. The device has a noticeable ergonomic curve which gives it a premium feel. So now let’s start with the stuff which we liked and disliked about the device. Here’s our review! 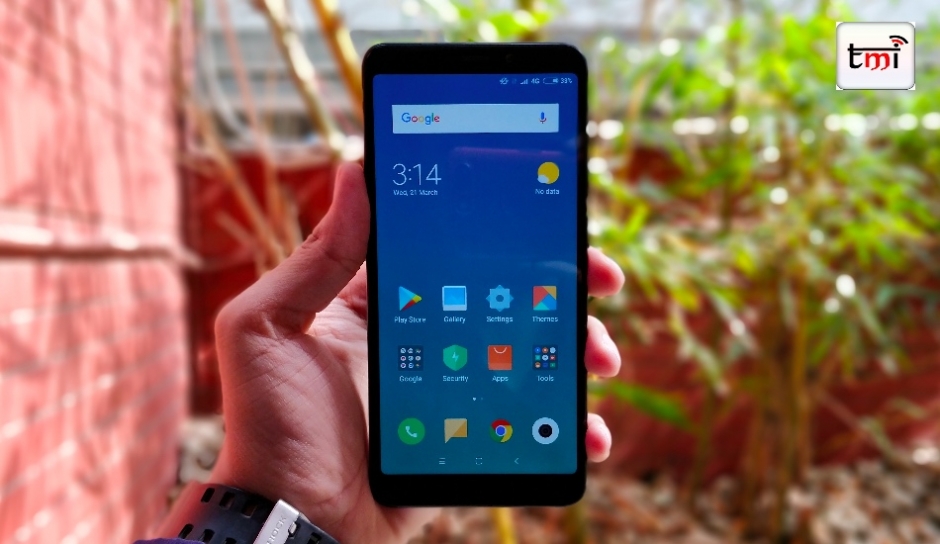 Starting with the major highlight, Redmi 5 (Picture Gallery) comes with a 5.7-inch HD+ display with a resolution of 1440 x 720 pixels. The 18:9 aspect ratio screen is equipped with the 2.5D curved Gorilla Glass which surely does its job by preventing the screen from getting minor scratches inside the pocket when kept with coins, however, keys were easily able to leave few marks. 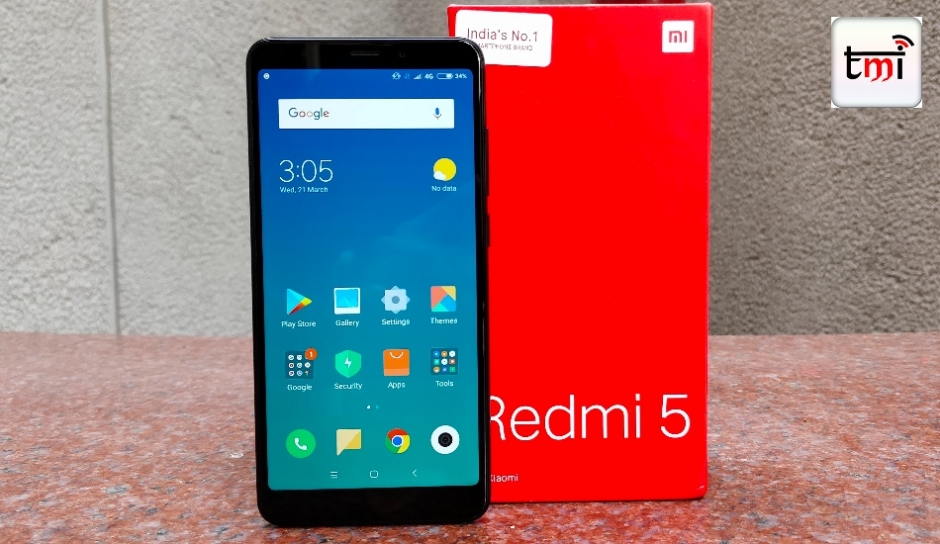 The phone definitely delivers some sharp colour along with the deep black levels, however, in some cases off-white composition was noticed. Further, the device offers decent viewing angles and with the brightness level of 450-nits, it is easier to read the screen under direct sunlight.

The Xiaomi Redmi 5 is powered by Qualcomm’s latest Snapdragon 450 processor under the Snapdragon 400 Series mobile platform, which is paired with the Adreno 506 graphics. After a week of testing the smartphone was easily able to handle most of the daily tasks of using social media, music and videos streaming along with the multitasking as well. 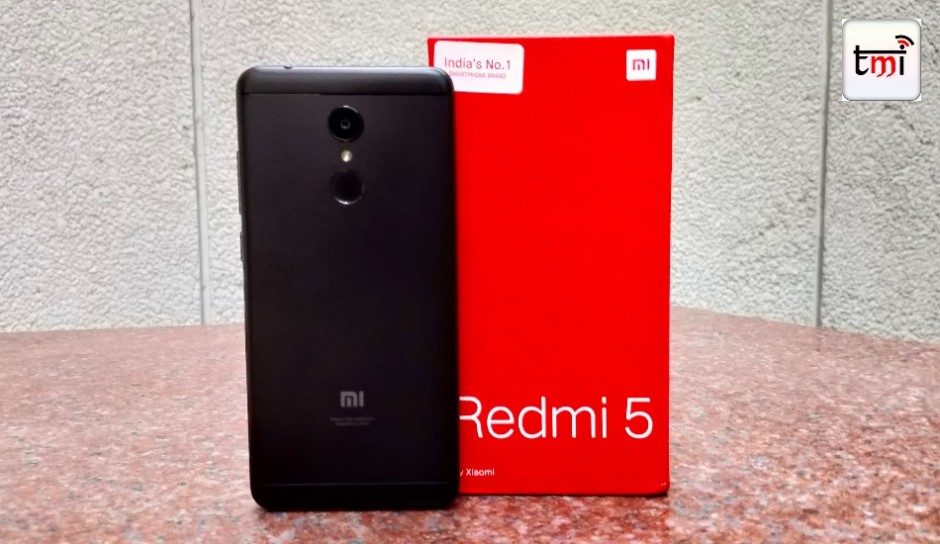 As far as gaming is concerned, after selecting the lowestsuggested resolution the heavy games like Asphalt 8: Airborne and the recently launchedPUBG, Mobilewere leaving some trails behind during the multitasking. However, after clearing the RAM, fluentoperations were achieved with no noticeable heating problems. Further, casual gaming was like a piece of cake with no signs of lagging and freezing.

Sharing the camera configuration with Redmi Note 5, the Redmi 5 comes with a 12-megapixel rear lens with f/2.2 aperture, 1.25 μm pixels, PDAF and LED flash. While at the front, the same 5-megapixel lens is spotted with LED flashfor selfies and video calling.Other than this, camera UI is pretty simple and easy to use. It comes with different modes including Panorama, Timer, Audio, Manual, Straighten, Beautiful, HHT, Scene, Beauty mode and Tilt-shift. 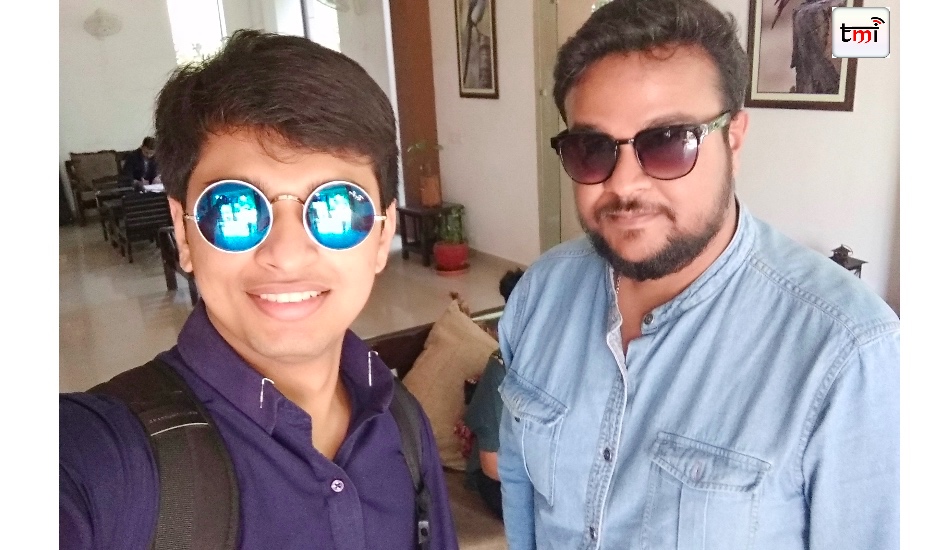 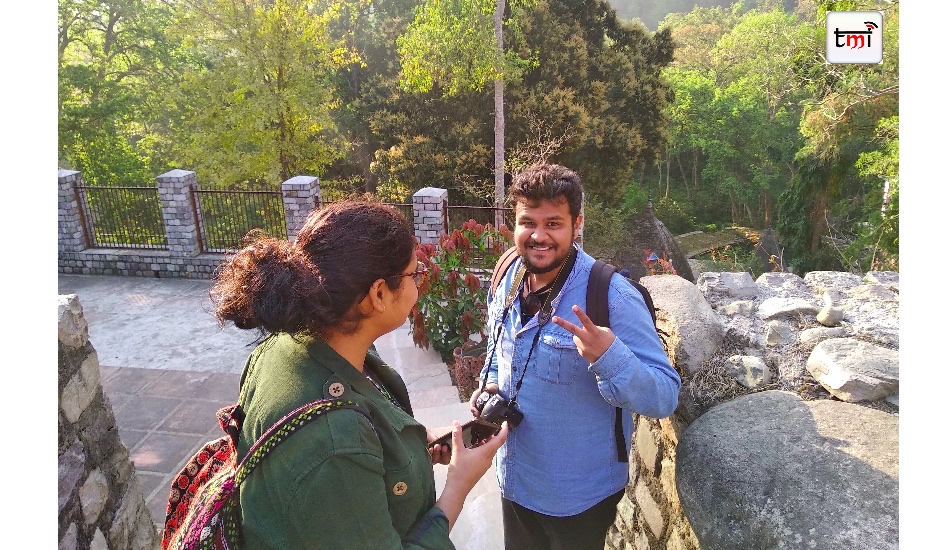 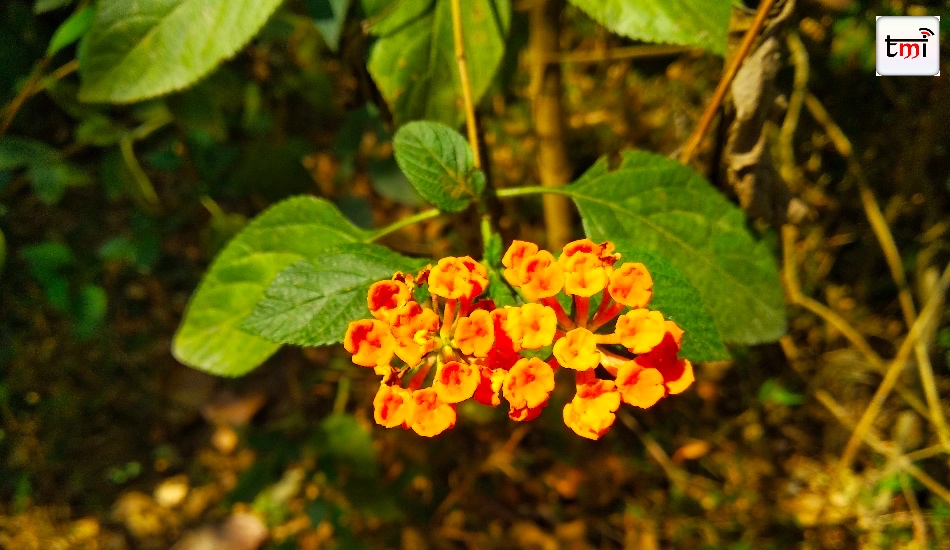 Now moving the camera performance, the rear camera of the smartphone was showing some mixed results. As shown in the second picture, the photo definitely looks sharper, however, lacks in detailingand textures with rough edges. Further, being captured under the bright sunlight the third photograph looks nice, but the colours were totally off. In actual condition, the subject was brighter with the tint of a dark orange near the stigma, which can’t be seen in the image.

The selfieswere missing the much need coverage, especially during the indoor conditions due to which the pictures were softly-focused. The low-light performance is not that great. You get lots of noises and graininess, which kind of spoils the whole mood. The front-facing camera does a decent job in the good lighting conditions and selfie flash works fine under low-light. Further, the device will also letdown Snapchat as well as Instagram users, who love to take selfies via both the platforms.

The only department in which the Xiaomi Redmi 5 lack is the operating system and the battery backup. Starting with the OS, the device comes with the MIUI 9.2 user interface, which is still based on Android 7.1.2 Nougat. Which is the bit of strange as other Chinese smartphones like Infinix Hot S3 (First Impression) and iTel A44 Pro was recently launched with Android 8.0 Oreo in the same price category. Other than this, MIUI 9.2 still comes with lots of bloatware apps like Mi Community, Mi Apps Store, Mi Remote and more, which we recall of never using. With that out of the way, accessing information from the notification panel or replying to messages by swiping down with two fingers is a pain. 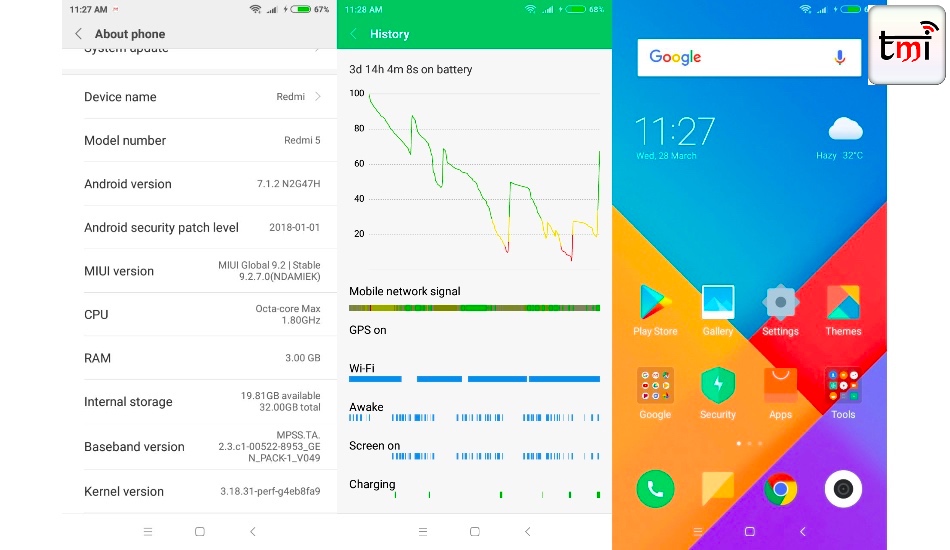 The Redmi 5 has a 3300 mAh battery, which is again a let down as the Redmi 4 was equipped with the 700 mAh of extra juice. Delivering the average usage life, the smartphone is able to run for approximately 13-14 hours after normal use, which includes music streaming, surfing the net, using social media, chatting on WhatsApp and taking calls. However, if you are a heavy smartphone user or YouTube lover than do not forget to carry a power bank or wall charger with you. In our experience, the phone took around 2.5 hours to charge completely from zero to 100 percent with its wall charger.

The Xiaomi Redmi 5 is just an average device which fails to impress in Camera and Battery department. Also, at a time when the Android world is talking about Android 9.0, Redmi 5 is still based on Android 7.0. Our recommendation would be, to spend an extra Rs 1,000 for the Redmi Note 5 if you are interested in buying only a Xiaomi product, otherwise, options are many.