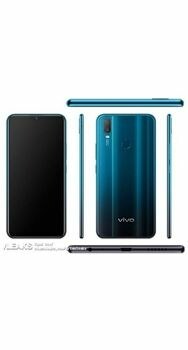 Vivo Y3 Standard Edition features a 6.35-inch waterdrop notch HD+ display with a 1544 x 720 pixels resolution. Under the hood, the phone is powered by an octa-core Qualcomm Snapdragon 439 SoC processor. It will have 3GB of RAM along with 64GB of onboard storage, which can be expanded up to 256GB via microSD card. The phone will sport a fingerprint sensor on the rear.

For the camera department, there is a dual rear camera with a combination of a 13-megapixel primary camera with an f/2.2 aperture and a 2-megapixel depth sensor. On the front, it has an 8-megapixel snapper for selfies. The lighter version of Vivo Y3 gets its power from a  5000mAh battery with 1with intelligent AI power-saving technology and will run on the Android 9.0 Pie operating system. The phone comes with all standard connectivity options and has a rear-mounted fingerprint scanner. Further, the device measures 159.43 × 76.77 × 8.92mm and weighs 190.5 grams.