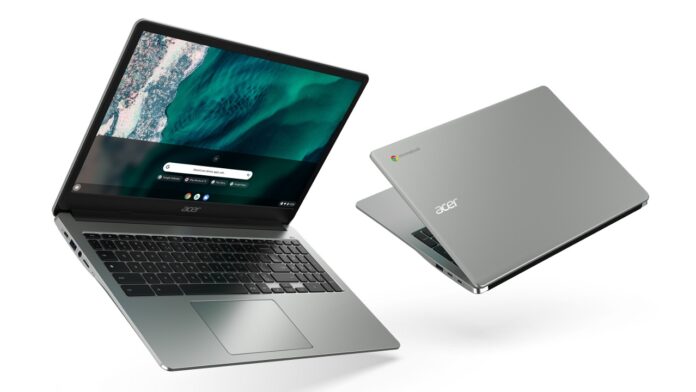 They are supposed to be these super affordable, easy to use, open and shut devices with endless battery life that can get you going anywhere and make your work-life easy. However, while there is no doubting that Chromebooks are extremely useful and very effective, they are not really for everyone.

Chromebooks are great in some departments, but also have their drawbacks. Drawbacks that actually make them useless for many people. So if you are planning on investing in a Chromebook, here are six things you should know before doing so.

Chromebooks are generally quite affordable as compared to full-fledged laptops but that price cut comes at a cost. Most Chromebooks are made of plastic, which means they not only look a little on the cheaper side but also do not last as long as a usual notebook would and often get out of working shape within a few years.

There are some Chromebooks that come with metal bodies and drop and scratch protection but they generally come with a hefty price tag and weight, taking away one of the key USPs of a Chromebook– affordable price.

You often do not get super-fast processors, good displays or speakers on a Chromebook. As a result, Chromebooks may be able to get you through word processing or Web browsing but in most cases, are not built to even go near the high-intensity work zone.

Tasks like video editing, compiling codes or processing heavy-duty data that require a fair deal of power will not run on your Chromebook. You can get some Chromebooks with very good processors and tech specs, but their prices are comparable to similarly specced Windows notebooks!

Gaming and multimedia freak? Stick to your phone!

As Chromebooks often come with relatively mid-to-low end processors (generally from the Intel Celeron series or with MediaTek’ P series), which rules them out from heavy-duty gaming. You may be able to play some casual online games on it but other than that after buying a Chromebook, you can pretty much kiss your gaming dreams goodbye.

Most Chromebooks are not capable of handling high-intensity, power-hungry games. In fact, a mobile phone of the same price is likely to do a much better job of handling games. And if you are among those who use your laptops and notebooks as our primary content consumption devices for watching videos and OTT content, a Chromebook might not be a step in the right direction for you.

Most budget Chromebooks do not come with high-quality displays or speakers, which means viewing content on them is a far cry from the experience you get on budget Windows notebooks, and once again, even your similarly-priced phone.

Related Story: The Great Chromebook FAQ, All Your Questions Answered

No Microsoft Office, no Adobe Photoshop, and more

Chromebook’s run on Chrome OS, which is an operating system based on Google’s Chrome browser. It makes them easy to use and very quick to boot up and shut down, and also results in great battery life.

However, it also means that a number of applications that run on your Windows machine, cannot run on a Chromebook.

There is also no way of running Adobe’s desktop suite of apps including Photoshop on a Chromebook, and there are many other apps on which you are restricted to mobile rather than full-fledged PC versions.

Androids apps do not always work well on Chromebooks

Many claim that Chromebooks are basically Android phones in computer shape, but that is wildly inaccurate.

While Chromebooks are capable of running Android applications like Android smartphones, the problem often surfaces in terms of compatibility. An app that works smoothly on a smartphone might not work the same on a Chromebook and that is because most Android apps are not designed to work with Chromebooks.

They are designed with smartphones with touch interfaces and different screen resolutions. Yes, some Android apps work well on Chromebooks but that number, unfortunately, is not very large at the moment.

In many cases, you will find text and images being stretched and black bands above and below video and game screens. You are unlikely to get great Android app action if you get yourself a Chromebook.

Chrome OS can be limiting

Yes, it is fast and delivers great battery life, but Chrome OS comes with its own series of limitations.

Your Chromebook might not be able to work very smoothly with other hardware – sometimes flash drives do not work with Chromebooks, while printers, scanners and projectors can have issues too. Also while Chromebooks can work offline as well, they are best when in online mode – you do need an Internet connection to get the most out of them.