Zee5 vs Amazon Prime Video: Which is Hot? 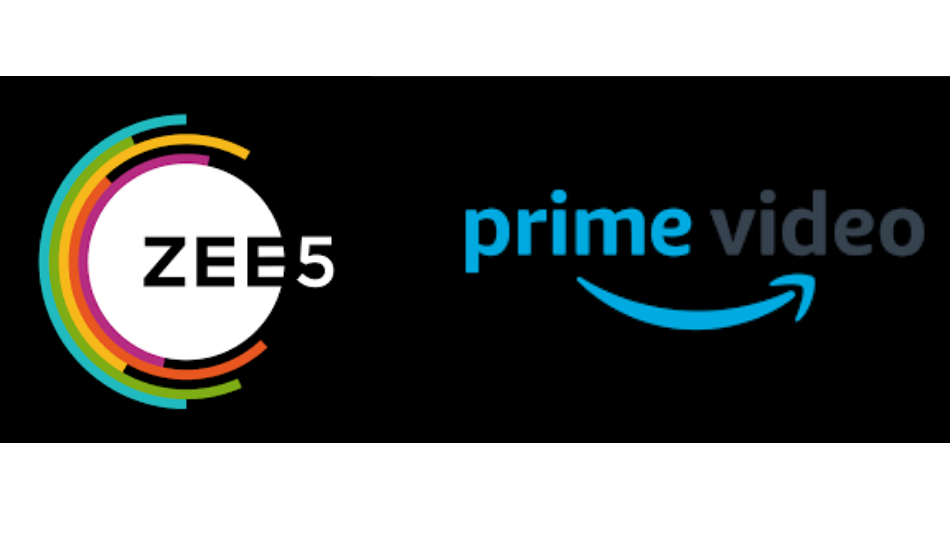 The Zee5 and Amazon Prime Video service are competitors of each other in the OTT space. Let's take a look at which one is better.

With the pandemic situation and the lockdown persistent in India for the time being, over-the-top (OTT)have been a major source of entertainment for many people. Two of those streaming services are Zee5 and Amazon Prime Video. Here we are comparing both the OTT platforms to check out what are their unique offerings.

Talking about the user interfaceZee5 and Amazon Prime Vide apps have a fairly similar UI. On the top, you have the categories like Movies, Web Shows, and the Home page where it will show you what you were watching last, so you can resume it. Also, it will show you various recommendations based on what you have watched in the past. 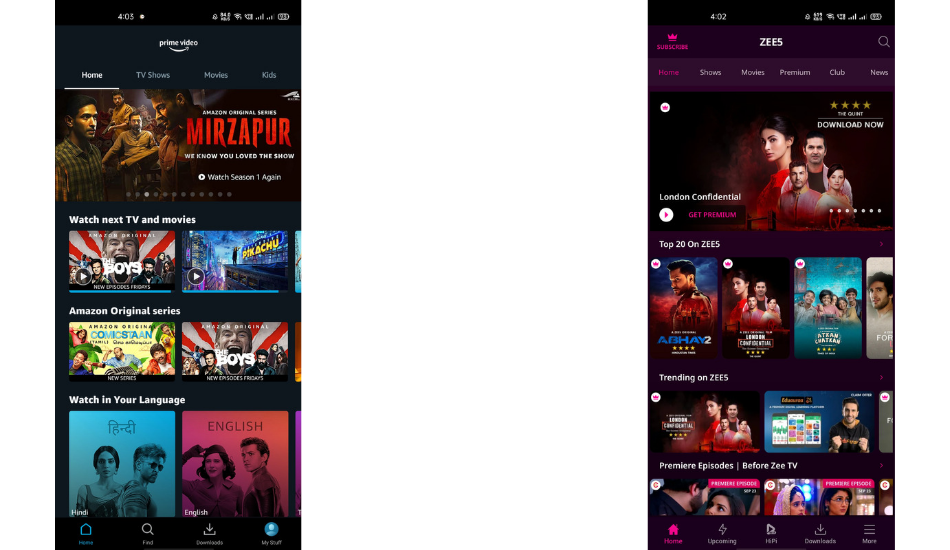 The Zee5 app has more categories on top as it also has the ability to show live channels which Amazon Prime doesn’t have. So it categorises content so you can watch News, Kids content, Music, Live TV, etc. There’s a limited number of live channels available on the app.

On the other hand, Prime app has 4 categories which are kids, movies, shows and Home. The Kids Tab here has various animated movies and shows for children.

Both the apps have search functionality so you can search for your favourite movies or shows easily.

The Zee5 app is available Playstore and iOs platform. You can also view it by logging in to their website.

The Amazon Prime app is available on all of Amazon’s own devices like the Fire TV stick. It is available on Android TV, Android, iOS, Microsoft Xbox consoles and Sony’s PlayStation consoles as well. The app is also available on Sony’s Bravia Smart TVs and Samsung’s Smart TVs. You can also watch Prime content by logging in to the prime video website.

Both the apps have a bunch of features so you can use the app with ease.

First things first, the Zee5 app has content based across 12 languages, including English, Hindi, Bengali, Malayalam, Tamil, Telugu, Kannada, Marathi, Odiya, Bhojpuri, Gujarati and Punjabi. You also get the option to download free shows and movies. The free shows or movies you download have a validity of 48 hours. 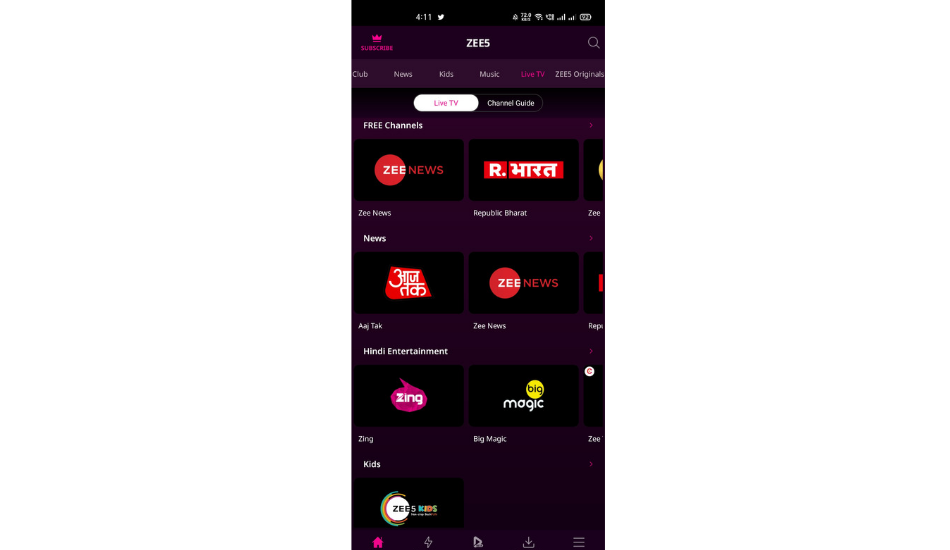 The paid ones you download have a validity of 30 days or when your subscription is ending, whichever is earlier. To download the paid ones, you’ll have to buy the subscription, about which we will talk later in the article.

Prime Video offers richer variety among Indian titles with more good choices in Hindi, Tamil, Telugu and Malayalam. You also have the download option to save any kind of show or movie in the device you are watching it on. 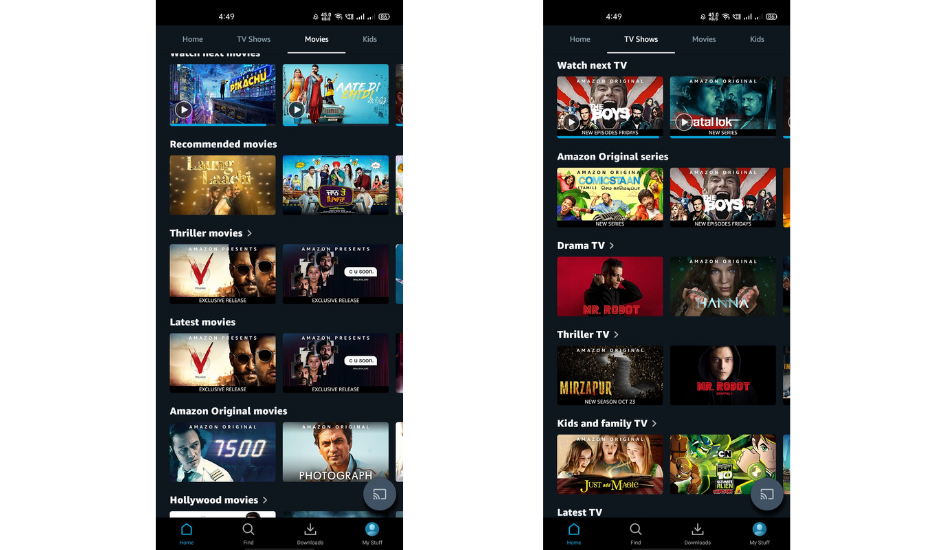 The download functionality is not available for the TV apps of these two respective services.

Prime Video has its original shows which are exclusively available on the Prime video app, such as The Boys, The Family Man, Paatal Lok, etc. Prime Video has also been offering movies which are first to premiere on an OTT platform, one such example is ‘Gulabo Sitabo’.

Zee5 also has original content from AltBalaji, and some premium movies too which are exclusively available on the app.

The Zee5 is available has 2 subscription options with total 5 plan options.

It has a Club Membership option where you pay Rs 365 for a yearly subscription, and it will give you access to select content from Zee5, but not all content. You will also get access to TV serials a day early than when they will be broadcasted on TV. It will let you watch Zee5 on 2 devices simultaneously.

Prime Video on the other hand doesn’t work without a subscription, but it does give you a 30-day trial so you can choose if you want the subscription or not. It has a monthly plan where you have to pay Rs 129 per month to access all the content of the app. And the yearly subscription costs Rs 999. You can watch on upto 4 devices simultaneously.

Both the apps have curated content but the Prime Video app gives you a richer experience with high-budget shows and movies, whereas Zee5 gives you access to some live channels and has more language options available.