You can finally transfer your WhatsApp Chats from iOS to Android

WhatsApp is now allowing chat transfers between iOS and Android devices. The feature will first be made available exclusively to the Galaxy Z Fold3 and Z Flip3. 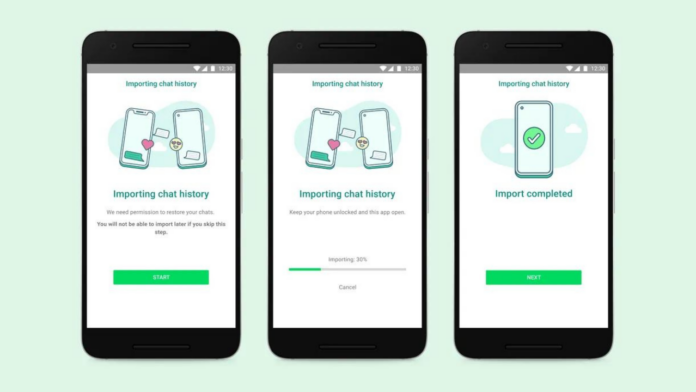 The new WhatsApp feature was officially announced during Samsung’s Unpacked event. The Galaxy Z Fold3 and Z Flip3 will be the first phones to get the feature. Samsung has managed to score the exclusivity of the feature for its devices for a ‘few weeks.

Eventually, the feature should be made available to all Android users. Users have always had to use third-party software to gain access to the functionality. The new announcement solves several problems for those who have wanted to make the switch.

The new feature will transfer WhatsApp chats histories using a physical Lightning to USB-C cable. This means that the process is not possible to be conducted wirelessly via the internet. If you have two separate cloud backups on iOS and Android, WhatsApp won’t merge them. Instead, it will transfer and then overwrite the existing backup.

After the foldables, Samsung devices running Android 10 and up will receive the feature “in the coming weeks.” There’s no information regarding when the feature would arrive for non-Samsung Android phones or when the company would allow Android to iOS transfers.