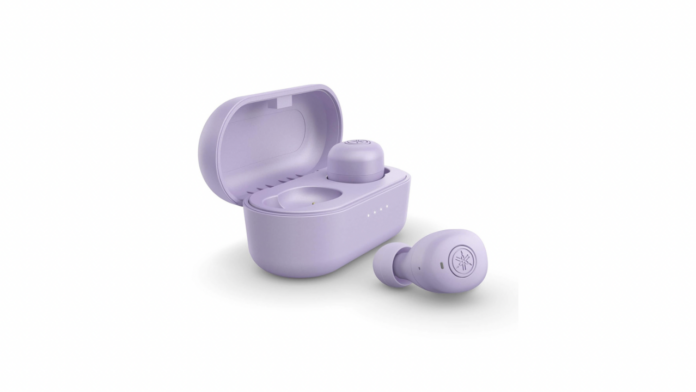 Yamaha doesn’t launch many audio products but it launched a bunch of them earlier this year in February in India and now, two new audio products are being launched including TW-E3B, TW-E5B TWS earbuds. One of the earbuds have a contour shape and also offers support for multiple Bluetooth codecs, including Qualcomm’s.

The Yamaha TW-E3B price in India is set for Rs 8,490 and comes in Blue, Pink, Purple, and Black colours. The TW-E5B on the other hand has a price tag of Rs 14,200. The Yamaha TW-E3B is already on sale on Amazon India with an introductory price of Rs. 7,490 while the TW-E5B will be go on sale soon.

The Yamaha TW-E3B have a non-slip coating for a secure fit. The earbuds are backed by 6mm dynamic drivers and offer Qualcomm aptX audio codec along with SBC and AAC. They connect with devices over Bluetooth 5.0. Further, you get touch controls for play, pause, skip, and volume adjustment.

The TWS earbuds also support Yamaha Headphones Controller app so you can adjust various settings from the app as well. The company claims that the TW-E3B have a runtime of up to 6 hours on a single charge and a total of 24 hours with the charging case.

As for the Yamaha TW-E5B, these earbuds also come with touch controls and have the app support. They are backed by 7mm dynamic drivers and for connectivity, the earphones feature Bluetooth 5.2. Further, they have Qualcomm CVC (Clear Voice Capture) so the earbuds can pick up your voice better on calls.

They come with a smart Ambient Sound mode (transparency mode) and support Siri or Google Assistant via the touch controls. According to the company, TW-E5B can last up to 8.5 hours on a single charge and a total of 21.5 hours with the charging case.