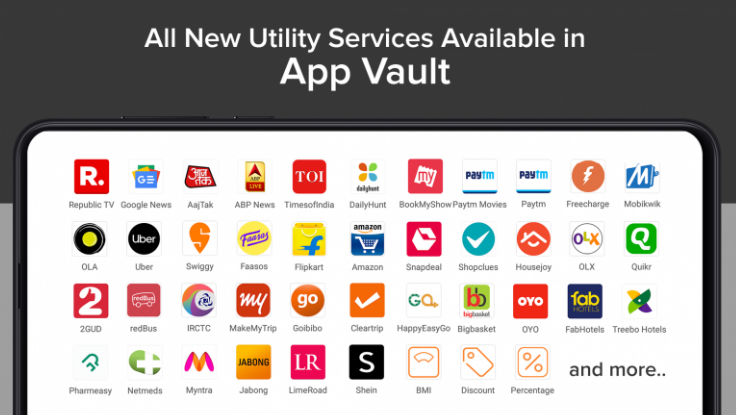 The company introduced the App Vault in 2017 with MIUI 9.

Xiaomi has started rolling out new ‘Utilities Card’ to its famous App Vault, which brings access to over 40 utility services from over 14 categories. The company introduced the App Vault in 2017 with MIUI 9.

The App Vault can be accessed by swiping left on the home screen and it basically displays different cards, which is similar to the Google Now cards. With the new addition of services, users will now be able to read the news, book movies, order food, buy clothes online. Starting with news, users will be able to access Republic TV, Google News, AajTak, ABP News, TimesofIndia and DailyHunt. Coming to movies, one can book movies from BookMyShow and do recharges via Paytm, Freecharge, Mobikwik, Airtel, Reliance Jio.

One can also book cabs with Ola, Uber and order food with Swiggy and Faasos. In terms of shopping, one can access Flipkart, Amazon, Snapdeal, Shopclues and more. Apart from this, there are other services as follows:

The company has also revealed that some Mi Calculator functions like BMI, Discount and Percentage are also available in the App Vault Utility Card.

Meanwhile, Xiaomi is all set to launch the upcoming Xiaomi Redmi Note 7s in India on May 20. The news comes from Redmi India’s official Twitter handle which stated that the Redmi Note 7S is coming on May 20, just under three months after the company unveiled the original Redmi Note 7 and Note 7 Pro in India.