Xiaomi Redmi 5 and InFocus Vision 3 Pro are available at a price tag of Rs 10,999 for the 4GB RAM and 64GB Storage variant.

InFocus has recently announced the launch of its new Vision 3 Pro, an upgrade to the Vision 3. The smartphone comes with a price tag of Rs 10,999, which makes it a true competitor to the similarly pricedXiaomi Redmi 5(Review) which comes with comes with the same 4GB RAM and 64GB Storage seen in the new InFocus offering.

Starting with the design, both the Xiaomi Redmi 5 (First Impression) and the InFocus Vision 3 Pro (Picture Gallery) feature an all-metal unibody appearance, however, in terms of look and feel, the Redmi 5 certainly seems to be the larger and sleeker between the two thanks to its less pronounced curves at the edges. However, since the Vision 3 Pro comes with the curved edges to fit on one’s palms with a comfortable feel and a nice grip, users might actually find InFocus to have a better design language.

Display wise, both the smartphones come with a 5.7-inch Full View HD+ screen with the resolution of 1440×720 pixels. Surprisingly the InFocus was delivering sharper text and high contrast, while its competition in the case a tint of yellow creeps in. But the Vision 3 Pro (First Impression) has a drawback as well, on high viewing angles, the smartphone detects colour shifting issues. 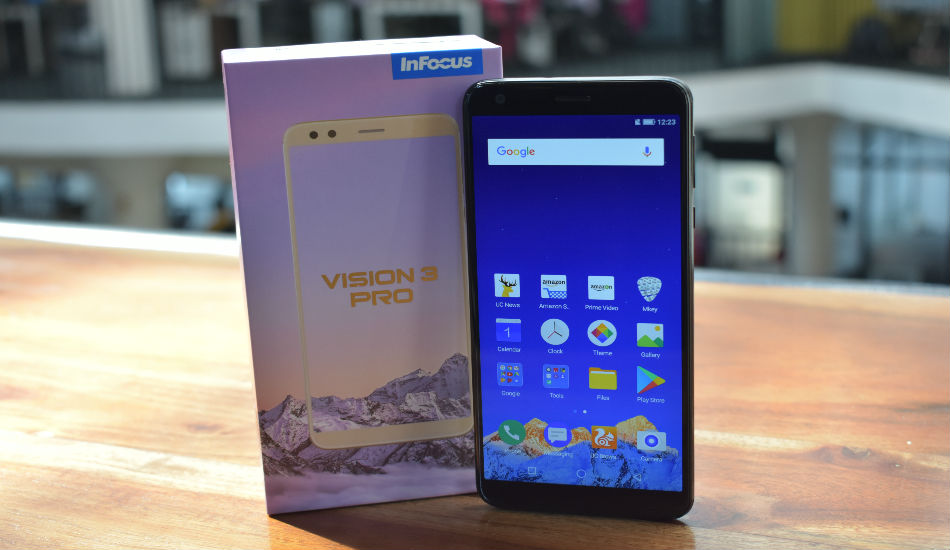 The Xiaomi Redmi 5 (Picture Gallery) is powered by a Qualcomm Snapdragon 450 processor. While the InFocus Vision 3 Pro (Specifications) is powered by a MediaTek MT6750 processor. Both the phonesare backed by 4GB of RAM and 64GB internal storage. In terms of sheer specs, the Redmi 5 seems to have a better processor as compared to Vision 3 Pro, which roughly translates to better performance in most of the departments.

On the software front, both the smartphones run on Android 7 Nougat. The InFocus offers a closer pure Android experience, while the MIUI present on the Xiaomi offers a completely different experience with some interesting features. Other than this, MIUI 9.2 still comes with lots of bloatware apps like Mi Community, Mi Apps Store, Mi Remote and more. While Infocus comes with non-proprietary and ‘popular’ apps like UC News, UC Browser, Amazon India and Amazon Prime. 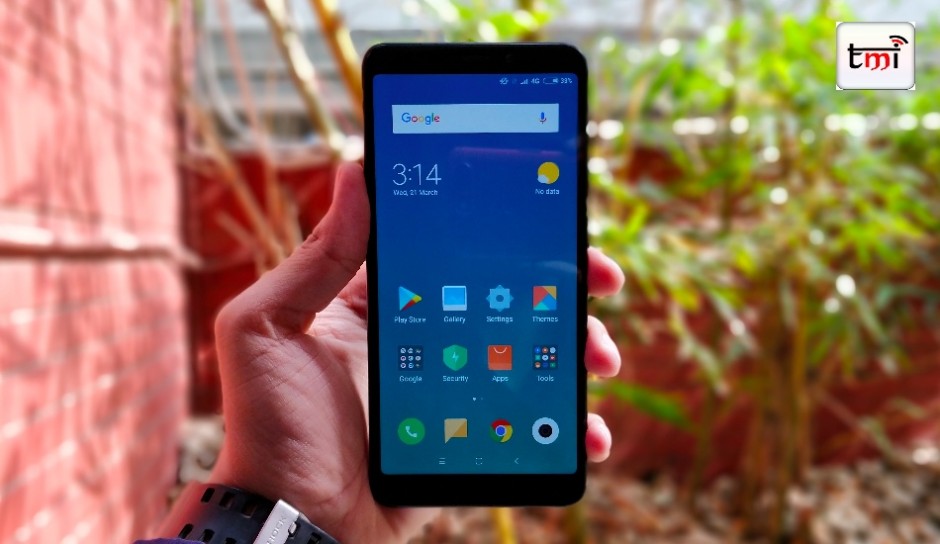 On the camera front, the InFocus sports a dual-camera setup, which comes with a combination of 13-megapixel and 8-megapixel secondary camera. For the front, there is a 13-megapixel front-facing camera for selfies and video calling. The Xiaomi Redmi 5 (Specifications) flaunts a 12-megapixel camera at the rear and 5-megapixel sensor with LED flash on both the ends. Again talking about sheer camera specs, the InFocus seems to be a better option as you get dual rear cameras and a better sensor at the front.

The InFocus has a 4,000mAh battery which is significantly bigger than that of the Xiaomi, which makes do with a 3,200mAh power unit. Even though the Vision 3 Pro comes with the slower MediaTek MT6750 processor the extra battery advantage seems to be just about 3 hours over the Xiaomi for a similar usage run.