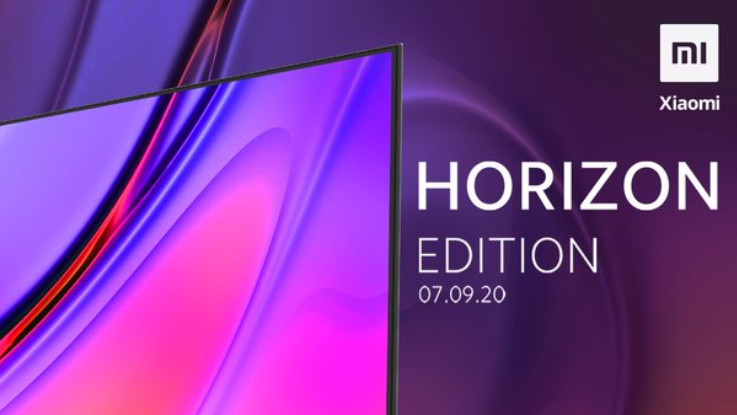 The brand has confirmed that it will be launching the Xiaomi Mi TV Horizon Edition in the country.

The company has revealed that the launch event will take place on September 7. It revealed the news on its official Twitter handle. The tweet reads, “What have we got in store for you next? Immersive. Work Of Art. #HorizonEdition coming on 07.09.2020.”

Meanwhile, the company launched its first streaming stick in India with Mi TV Stick. The streaming device comes with a price tag of Rs 2,799. Mi TV Stick runs on Android TV 9.0 version and comes with built-in Chromecast that lets you stream photos, videos, and more from Android smartphone to the TV screen. The device comes with a remote that supports Google Assistant voice controls. It comes with Google Play Store to download apps and games easily.