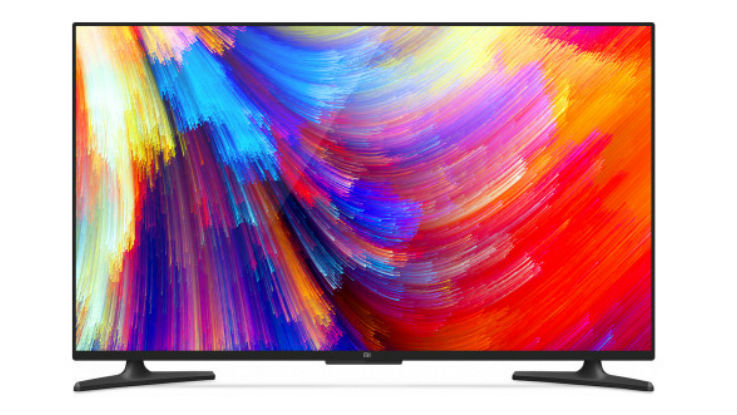 After its 55 inch model earlier last month, the company has announced 43-inch and 32-inch models under this series and the former comes with a price tag of Rs 22,999, while the latter is priced at Rs 13,999.

Xiaomi today announced the launch of a new range of Smart TVs with the launch of Mi TV 4A series in India. The company has announced a 43-inch and 32-inch model under this series with the former at a price tag of Rs 22,999, while the latter is priced at Rs 13,999. The new TVs will be available on the company’s official store, Mi Home stores and Flipkart starting from March 13.

The company has also confirmed that it now has adequate stocks and it will hold flash sales on Tuesdays and Thursdays. The brand is also offering an instant cashback Rs 2,200 with JioFi connection. Coming to key specifications, both the models of Xiaomi Mi LED TV 4A are powered by 1.5GHz quad-core Amlogic processor along with Mali-450 MP5 GPU. The television is backed by a 1GB of RAM and 8GB of internal storage.

The TVs come with Mi Remote control with a unique 11 button design. It also has Bluetooth so you don’t have to point at the TV to control it. The televisions also come loaded with DTS sound for a better listening experience. Once again, the brand has disrupted the television market with the launch of this series. Until now, top brands like Samsung, LG and more were offering the Smart TV at a price of approx Rs 23,000 that too for the 32-inch HD models. The Samsung has a 32-inch Smart Full HD TV that comes with a price tag of Rs 22,999, which is almost double what Xiaomi is currently offering. Furthermore, the Smart HD TV from Samsung lacks some key features, which is present in the Xiaomi Mi TV 4A 32-inch including lesser options of connectivity ports, thicker bezels and not-so Smart operating system. Another player that offer almost features at a competitive price is Vu. Vu 32-inch Smart TV comes with a price of Rs 15,999 and it also almost similar specifications as found in the Xiaomi Mi TV 4A.

Just like the Mi TV 4, both the models feature Xiaomi’s “Patch Wall” software, which is an AI system that can predict content based on what you’ve watched already has been blended fantastically. Also, a provision has been made to sync in content from the set-top box so that one can use the TV’s remote control to manage it. As per Xiaomi, PatchWall is India’s first TV OS that brings all the content from your Set Top Box & seamlessly integrates right on your homepage. The TV will support all the major set-top boxes out of the box. That’s over 35K+ DTH/Cable operators across 48 different brands. The Patch Wall comes with language support for 15 Indian languages, 500,000 hours of special content in collaboration with streaming content providers in India.