The power banks will be available from company’s official website and Mi Home starting from November 23.

Xiaomi has been teasing about a new product launch with a caption ‘i’ in India. Now, the brand has unveiled that the new product is none other new “Made in India” power bank known as Power Bank 2i. The device comes in 10,000mAh and 20,000mAh capacities and both of them comes with a price tag of Rs 799 and Rs 1,499 respectively. The power banks will be available from company’s official website and Mi Home starting from November 23. 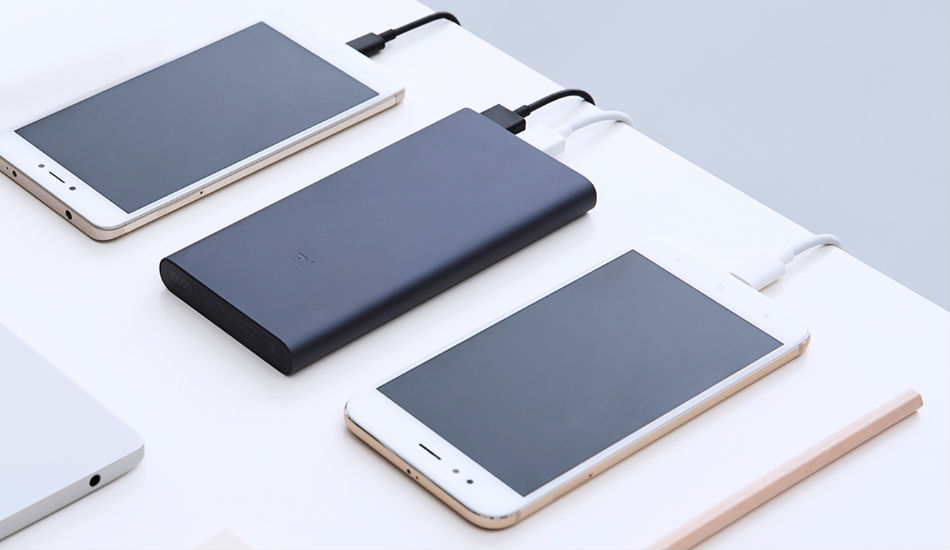 Both the devices can also charge low power devices such Bluetooth headsets and fitness band by simply double pressing the power button to enter 2-hour low power charging mode. Starting with 10,000mAh Mi Power Bank 2i, the device comes loaded with high-density lithium polymer battery and offers a conversion rate of up to 90 percent. The power bank has an actual output capacity of 6500mAh and it made from anodized aluminium alloy case. The 10,000mAh power bank is 14.2mm thin and weighs 240 grams.

Coming to the 20,000mAh Mi Power Bank 2i, the device support dual-USB output and it also support single-port Quick Charge 3.0. The device gives 5.1V/3.6A dual output and offers conversion rate up to 93 percent. The device has an actual output capacity of 13,000mAh. The power bank is made from PC + ABS material and it weighs 358 grams.