We already know Xiaomi is working on the upcoming Mi Max 3 smartphone. The smartphone already surfaced earlier this year with interesting features including wireless charging, iris scanner and more. And now images of a protective TPU (Thermoplastic polyurethane) case purportedly belonging to the Mi Max 3 has surfaced online which has revealed its design features.

The case images via AndroidHits reveals that the rear panel of the phone will have a fingerprint scanner. At the top-left corner of the case, there is the cutout for a vertical dual camera setup which confirms the presence of a vertical dual-camera setup on the back. 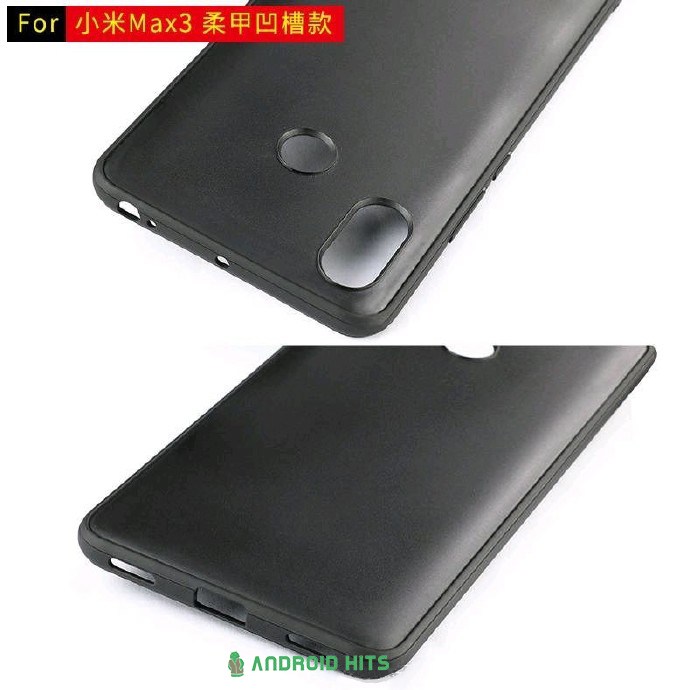 There are three circular opening on the topside of the phone out of which one seems to feature a 3.5mm audio jack and the other might be for the IR blaster. The third cutout is yet to be known what it is for. The USB port, microphone and the speaker grill lie on the bottom edge of the device. Based on this case, the Xiaomi Mi Max 3 will have its power button and volume rocker buttons on the right side.

The firmware files leaked earlier revealed that the smartphone will be powered by a Qualcomm Snapdragon 660 chipset, though there might be a variant of Snapdragon 630 processor as well. The report claimed that the device will come loaded with an 18:9 display.

As far as the pricing is concerned, the leaks have also revealed that the Xiaomi Mi Max 3 base variant will be priced at 1,699 Yuan which is approximately Rs 16,842.

Keeping in mind that the launch timing of the first two Mi Max devices was in the mid of the year, the Mi Max might also launch in the middle of 2018. So there’s a probability that the Mi Max 3 might be officially announced in June 2018. Xiaomi launched Mi Max 2 in India last year for Rs 16,999