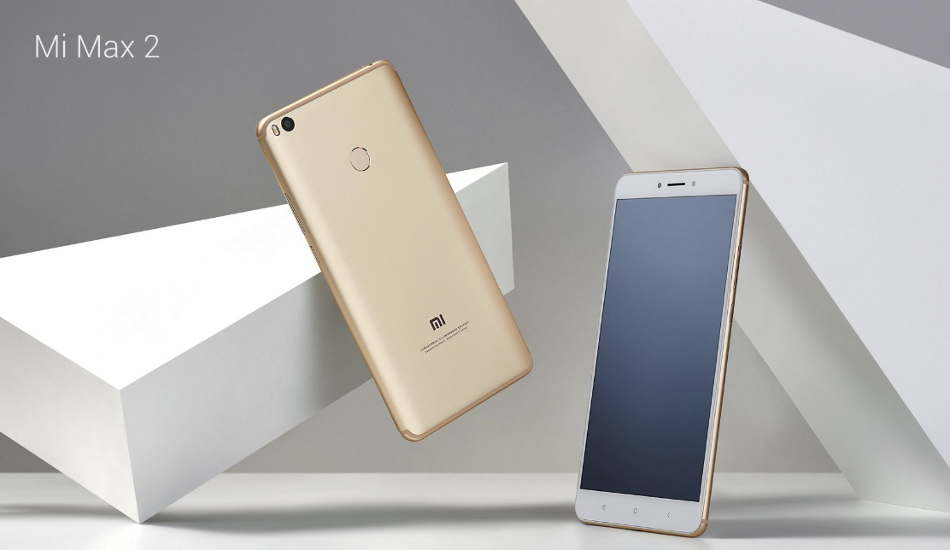 The major highlight of the smartphone is the massive 5300mAh battery, which the company claim can give two-day battery backup.

Xiaomi has today launched the successor of Mi Max in India. Dubbed as Mi Max 2, the smartphone comes with a price tag of Rs 16,999 and it will be from company’s online store and other e-commerce platforms like Amazon, Flipkart etc on July 27, 2017. Further, the device will be available from select retail stores as well on the said date.
The major highlight of the smartphone is the massive 5300mAh battery, which the company claim can give two-day battery backup. The phone also comes with Quick Charge 3.0 and parallel charging support, which can charge 68 percent battery in just one hour. The phone gives a video playback of 18 hours, music playback of 10 days, 9 hours of gaming, 21 hours of navigation and 57 hours of call time. The Mi Max 2 runs on Android 7.1.1 Nougat, which is based on company’s MIUI 8.
The phone comes with a massive 6.44-inch Full HD display with a screen resolution of 1920 x 1080 pixels. The device is powered by a Qualcomm Snapdragon 625 processor along with Adreno 506 GPU. It is backed up by a 4GB of RAM and 64GB of internal storage, which can be further expanded via Micro SD card slot.
On the camera front, the device comes loaded with a 12-megapixel rear camera with f/2.2 aperture, 1.25-micron pixels size and dual-tone LED flash. For the front, there is a 5-megapixel shooter for selfies and video calling. On the connectivity front, the device support 4G VoLTE, dual-band Wi-Fi 802.11ac, GPS/ A-GPS, Bluetooth 4.2, infrared blaster, headphone jack, and USB Type-C port. It measures 174.1 x 88.7 x 7.6mm and weighs 211 grammes.