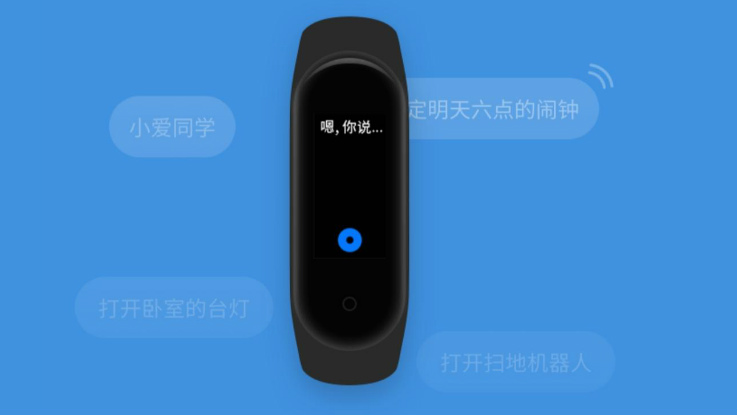 The upcoming fitness band will be loaded with the company’s own Xiao AI personal assistant.

Xiaomi is reportedly working on the launch of its new-generation of a fitness band, known as Mi Band 4. The fitness band’s renders and key features have been tipped online.

The leaked renders were first spotted by Slashleaks and it reveals that the upcoming fitness will feature a colour display, which could be a good move as most of the previous Mi Bands feature monochrome screens. Furthermore, the leak reveals that the upcoming fitness band will be loaded with the company’s own Xiao AI personal assistant, which can be used to check weather and more. The render also reveals that the company will remove the physical capacitive button, which was present in Mi Band 3. This could also mean that the fitness band might come with touchscreen support.

Previous leaks indicate that the fitness band will be loaded with Bluetooth 5.0 connectivity, which will be an upgrade to Bluetooth 4.2 present in Mi Band 3. The band is also reported to feature a photoplethysmography (PPG) sensor that will basically detect blood volume in the microvascular bed of tissues. The company is also expected to launch an NFC variant for mobile payments, though this variant might be exclusive for the Chinese market.

Meanwhile, Xiaomi has officially confirmed that it will launch a new flagship smartphone in India soon. Xiaomi India MD, Manu Kumar Jain, hinted via a twitter post that the company is all set to launch Redmi K20 flagship smartphone in India soon. The tweet reads, “Congratulations @OnePlus team! There’s a new flagship in town. Flagship Killer 2.0: coming soon.. Hold my dragon! – at Xiaomi India.” The image posted clearly indicates that the upcoming phone will be powered by Snapdragon 855 SoC.