Xiaomi is all set to launch the global variants of its recently-launched flagship smartphones, the Redmi K20. Dubbed as Mi 9T, the phone will be launched on June 12. Now, just ahead of launch, the Pro version of the upcoming smartphone has been spotted on a popular benchmarking website. 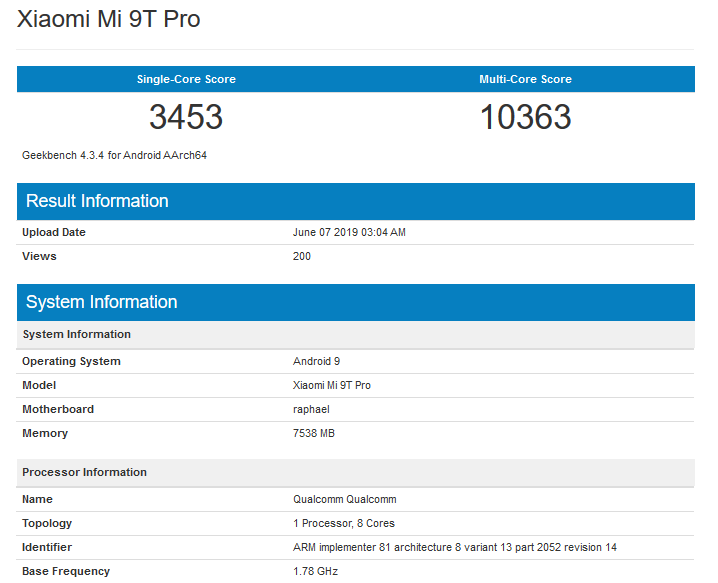 That said, the Xiaomi Mi 9T Pro will be none other than the Redmi K20 Pro smartphone, which was launched alongside Redmi K20. This is certain because the Geekbench listing reveals codename Raphael, which is also the code name of Redmi K20 Pro.

Previously, Mi 9T surfaced on Geekbench. As per the listing, the Xiaomi Mi 9T will be powered by 1.80 octa core processor. Instead of the name of the processor, “davinci” in written in the listing. In addition to this, the Geekbench listing also confirms that the smartphone will feature 6GB of RAM. As for the software, the Xiaomi Mi 9T will run Android Pie out of the box. In the GeekBench listing, the phone has scored 2540 points in the single-core and 6911 points in the multi-core test.