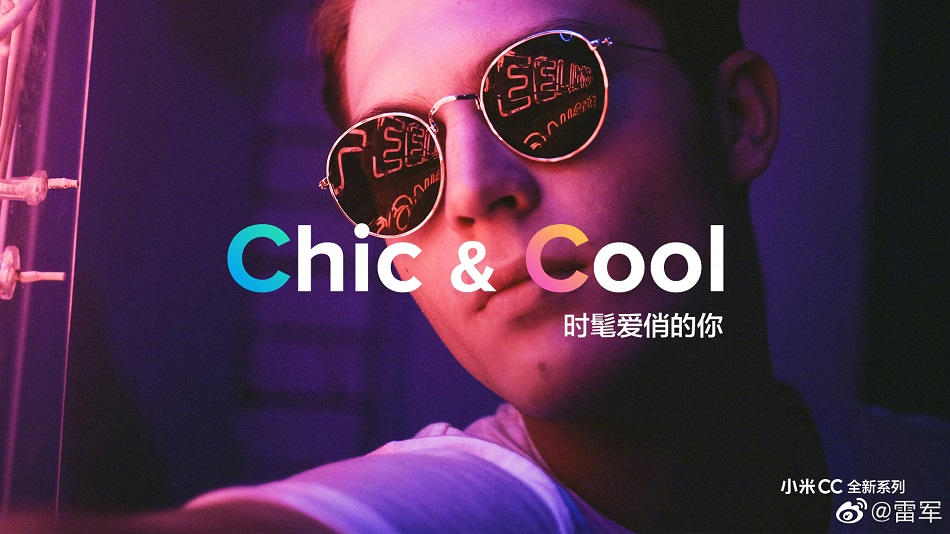 As per the company, Xiaomi CC series phone will be trendy mobiles phone for young people around the world and the company has also revealed that there will be no new Max and Note smartphones this year.

Xiaomi has announced to launch its new camera-centric CC series in partnership with Meitu mobiles, which Xiaomi has acquired last year. The series of smartphone is being built jointly at Xiaomi and Meitu AI Aesthetics Lab. As per the company, Xiaomi CC series phone will be trendy mobile phone aimed for young people around the world. The company has also revealed that there will be no new Max and Note smartphones this year.

The company has posted many teasers about the upcoming CC series in association with Meitu mobiles. The teaser posters have words like “Chic & Cool”, “Curious & Creative”, Camera & Click”, “Challange & Carry on” etc.

As per reports, the company is expected to launch two smartphones under its upcoming CC series, dubbed as Mi CC9 and Mi CC9e.

As per earlier leaks and reports, the Xiaomi Mi CC9 is said to come in three variants, a 6GB RAM with 128GB of storage will have a price tag of Yuan 2499, the 8GB RAM with 128GB of storage will cost Yuan 2799 and 8GB RAM with 256GB of storage might have a costing of Yuan 3099. The smartphone is expected to come equipped with Qualcomm Snapdragon 730 SoC. On the camera front, the smartphone is reported to carry a 32-megapixel front camera along with triple rear camera setup with 48-megapixel as the primary sensor. As per latest reports, the smartphone is expected to have a triple camera setup with the flip module, something like recently launched Asus 6Z. It is also said to feature an in-display fingerprint scanner. Further, the phone will get its juices from a 4,000mAh battery and NFC, for mobile payments.

As far as Xiaomi Mi CC9e is concerned, it will come armed with Snapdragon 710 SoC coupled with 6GB of RAM and 64GB of storage. The smartphone expected to be priced at Yuan 1599. It said to have a rear-mounted fingerprint scanner with a waterdrop notch design. It will get its juices from a 4,000mAh battery and will come with NFC, for mobile payments. For the optics, the smartphone would carry a 32-megapixel front camera along with a 48-megapixel rear camera.