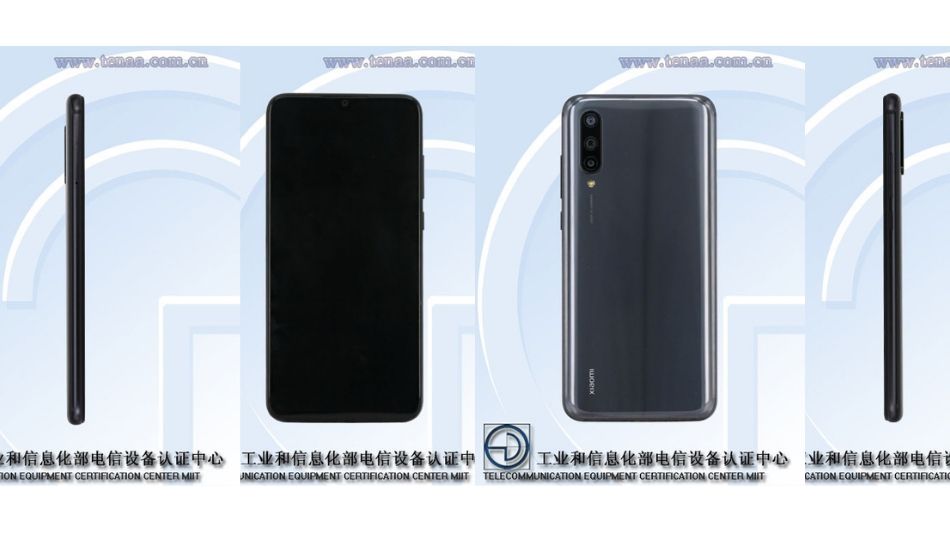 A couple of days back, alleged specification and pricing of Xiaomi Mi CC9 (M1904F3BC) and Xiaomi Mi CC9e were leaked by Tipster, named Mukul Sharma (@stufflistings) through its official Twitter account

A new Xiaomi smartphone with model number ‘M1904F3BC’ has been spotted on TENAA, a Chinese certification website. The listing as of now carries only the product images of the upcoming phone and it is expected that the listing will be updated with specifications very soon. As per reports, the phone with model number M1904F3BC could be launched as Xiaomi Mi CC9.

As per images, Xiaomi M1904F3BC aka Xiaomi Mi CC9 will have waterdrop notch that will house a selfie camera and the phone will have a triple rear camera setup with 48-megapixel primary sensor along with LED flash. The phone is expected to have an in-display fingerprint sensor, as no rear-mounted fingerprint sensor is visible on the back panel.

Recently, Xiaomi smartphones with model number M1904F3BC and M1904F3BT spotted on the 3C website, which revealed that the smartphone might support 18W charging.

A couple of days back, alleged specification and pricing of Xiaomi Mi CC9 and Mi CC9e were leaked by Tipster, named Mukul Sharma (@stufflistings) through its official Twitter account.

As per tipster, the Xiaomi Mi CC9 is expected to have three variants, a 6GB RAM with 128GB of storage which will have a price tag of Yuan 2499, the 8GB RAM with 128GB of storage that will be priced at Yuan 2799 and 8GB RAM with 256GB of storage will cost Yuan 3099. The smartphone is said to come armed with Qualcomm Snapdragon 730 SoC. On the camera front, the smartphone is reported to come loaded with a 32-megapixel front camera along with a 48-megapixel rear camera (primary sensor). it is said to feature an in-display fingerprint scanner. Further, the phone will be powered by a 4,000mAh battery and NFC, for mobile payments.

As far as Xiaomi Mi CC9e is concerned, will carry Snapdragon 710 SoC coupled with 6GB of RAM and 64GB of storage. The smartphone will be priced at Yuan 1599. It said to have a rear-mounted fingerprint scanner with a waterdrop notch design. It will get its juices from a 4,000mAh battery and will come with NFC, for mobile payments. For the optics, the smartphone would have a 32-megapixel front camera along with a 48-megapixel rear camera same as Xiaomi Mi CC9.