One of the biggest camera bumps ever seen on a Xiaomi smartphone. 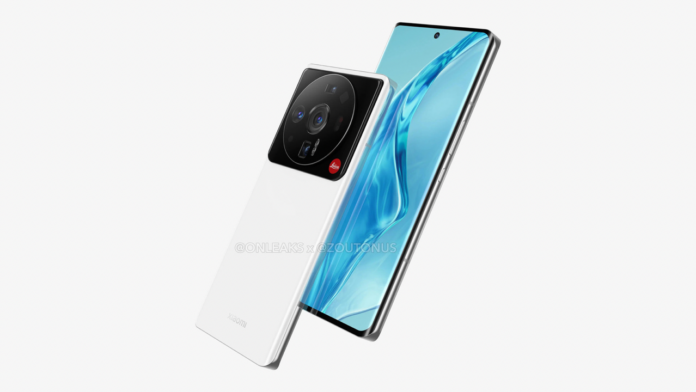 Xiaomi is working on the Ultra flagship under its Xiaomi 12 series smartphones and for the past few months, there have been a bunch of leaks about it. Now, a new leak offers us a clear look at the upcoming Xiaomi 12 Ultra via 4K renders that can be seen having a huge camera module at the back with the Leica branding.

Tipster Steve Hemmerstoffer has partnered with Zouton to leak the high resolution renders of the upcoming Xiaomi 12 Ultra. The renders show that Xiaomi 12 Ultra is going to be a thick device overall and will come with Leica powered cameras at the back. The leak says that the device measures 161.9 x 74.3 x 9.5mm.

Further, the leak states that the device may sport a 6.6-inch AMOLED panel. At the back, one can notice a big circular camera bump, made up of tiny lenses and sensors. It comes with seven cutouts out of which four are supposed to be lenses while the remaining three should be sensors. The back camera is well-accompanied with a 50 MP Primary Camera, 48 MP wide angle lens, a 48 MP periscope lens, etc, says the leak. On the front, you should be getting a 20MP sensor, housed inside a punch-hole.

Other additional features include a curved display, fingerprint lock, ceramic back, and an aluminium frame. Lastly, the device weighs 234 grams which means its on the heavier side and that’s obvious considering it houses a massive camera setup. Xiaomi hasn’t confirmed anything officially at the moment.

Some reports do suggest that the device will have a Snapdragon 8+ Gen 1 under the hood with up to 16GB of RAM and up to 512GB of storage. Moreover, it may also support 120W fast charging with a 5000mAh cell. The display could offer a 120Hz refresh rate with a QHD+ resolution.