Xiaomi 12 series to be announced on December 28: Expected Specifications

Xiaomi 12 series launch date has been set for December 28. The series will feature the latest Snapdragon 8 Gen 1 SoC under the hood. 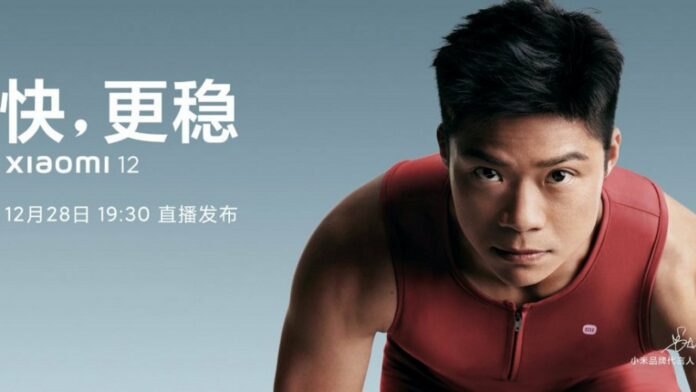 Xiaomi has announced the launch date of its upcoming Xiaomi 12 series of smartphones. The series will include Xiaomi 12, Xiaomi 12X and Xiaomi 12 Pro devices. In addition, Xiaomi CEO Lei Jun has also confirmed that the company will introduce the MIUI 13 alongside.

In a post on Weibo, the CEO has revealed that the Xiaomi 12, Xiaomi 12X, and Xiaomi 12 Pro will make their debut on December 28 in China. In addition, the MIUI 13 will also be unveiled alongside.

Xiaomi has already confirmed that Xiaomi 12 and Xiaomi 12 Pro will feature the recently launched Snapdragon 8 Gen 1 SoC. The Xiaomi 12 series will come preinstalled with Android 12 and MIUI 13.

The Xiaomi 12 is expected to feature a curved 6.2-inch AMOLED display that will offer a full-HD+ (1920 x 1080 pixels) resolution. Furthermore, there will be a centrally aligned hole-punch display to accommodate the selfie camera. In addition, there will be an in-built fingerprint sensor as well.

The phone will be equipped with a triple camera setup with a 50-megapixel primary sensor for the camera. The phone will reportedly pack a Qualcomm Snapdragon 8 Gen 1 SoC with 8GB of RAM. It will pack a 5,000mAh battery with 67W fast charging. There will be wireless charging capabilities as well.

The Xiaomi 12X will sport a 6.28 inches Full HD+ resolution with a 120Hz refresh rate and an under-display fingerprint sensor. It may feature the Snapdragon 870 chipset. There might be a 5,000mAh battery that supports 67W fast charging and 33W wireless charging. The Xiaomi 12X may feature a 50-megapixel rear primary camera and a 20-megapixel front-facing camera.

The Xiaomi 12 Pro may feature a 6.67-inch AMOLED panel with curved edges and a centrally positioned punch-hole. It will reportedly pack Qualcomm Snapdragon 8 Gen 1. Besides, the phone is also said to equip 120W fast charging support.