Microsoft has announced the Xbox Stereo Wired Headset which will be launching on September 21. India availability has not been announced. 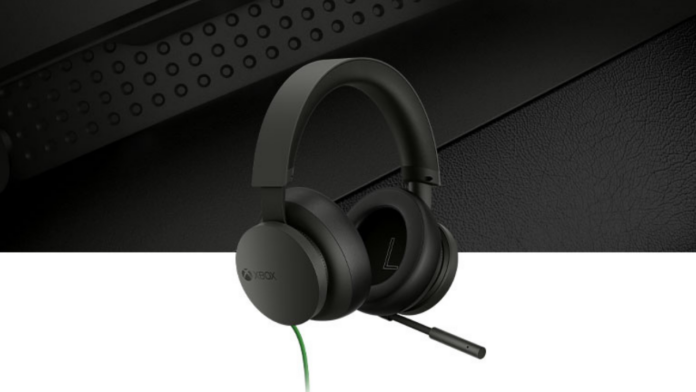 Xbox has announced a refreshed Stereo Wired Headset that will be launching on 21st September globally. The India price, look and some key specifications of the headphones have been provided by Microsoft. This headset is more affordable than its predecessor, however, it loses out on some features in comparison.

Xbox Stereo Headset price in India is set for Rs 5,990. The availability of the headset has not been confirmed for India. One of the key features of the Xbox Stereo Headset is Spatial Audio support. Further, the headset supports spatial sound technologies including Windows Sonic, Dolby Atmos and DTS Headphone:X for realism.

The headset also has on-ear controls. Using these, the user can twist the dial on the outside of the right ear cup to adjust the volume. Furthermore, there’s a mute button on the backside of the flexible microphone as well. The headset can connect directly to Xbox Wireless Controller through a 3.5mm audio jack. Moreover, no batteries are required for connection.

The Xbox Stereo Headset is compatible with Xbox Series X, Xbox Series S, Xbox One, and Windows 10 PCs with a 3.5mm jack. Talking about external accessories for the Xbox console, Seagate launched the Storage Expansion Card for the Xbox Series X and Series S gaming consoles in India back in February. This storage expansion card can help one increase the storage capacity of their consoles.

Microsoft has given a dedicated expansion slot at the rear of their consoles to slot the expansion card in. Seagate’s expansion card is the only option available in the market with which you can effectively increase the storage capacity of the console for storing games. As per the company, Microsoft and Seagate collaborated to design the Storage Expansion Card. In addition, Seagate’s Storage Expansion Card is fast enough to play Series S/X games that are stored on it.