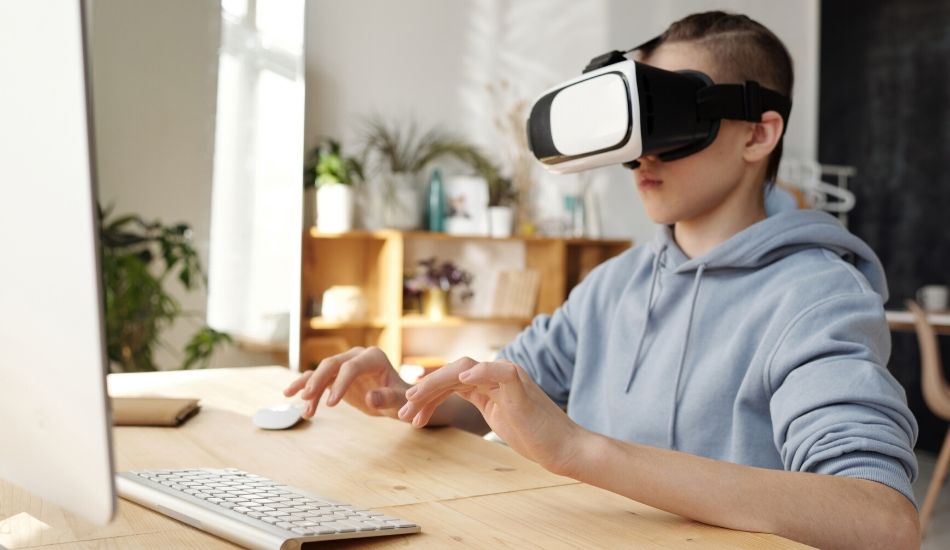 We will try and understand what is virtual reality and whether it will gain any momentum in 2020 or not?

Whether be it any social gathering or partying with friends, I am sure that there would one tech-savvy person who loves to talk about technology. And you must have heard from him describing virtual reality (VR) as ‘the next big thing’.

You might scrap your head and ask yourself what is VR and how will be useful to us? To understand the true depth of virtual reality it is important to know how it works, what are the potential areas where it could be used and can it gain any momentum in the coming years. So, in this article, we will try and understand what is virtual reality and whether it will gain any momentum in 2020 or not?

What is virtual reality?

To put in simple terms, virtual reality is a virtual world that can be similar or completely different from the real world. With the help of virtual reality, one can be transported to another world while relaxing at your home. Sounds fascinating? Isn’t it? However, until 2010 the whole term was a mere futuristic concept and there was no proper support for hardware and software.

However, in 2010, Palmer Luckey created the first prototype of a VR headset that later on evolved to be known as Oculus Rift. With this, the industry finally saw some concrete steps taken towards the evolution of virtual reality. We then saw Facebook CEO Zukerberg buying the Rift company for $2 billion and started developing content for virtual reality. 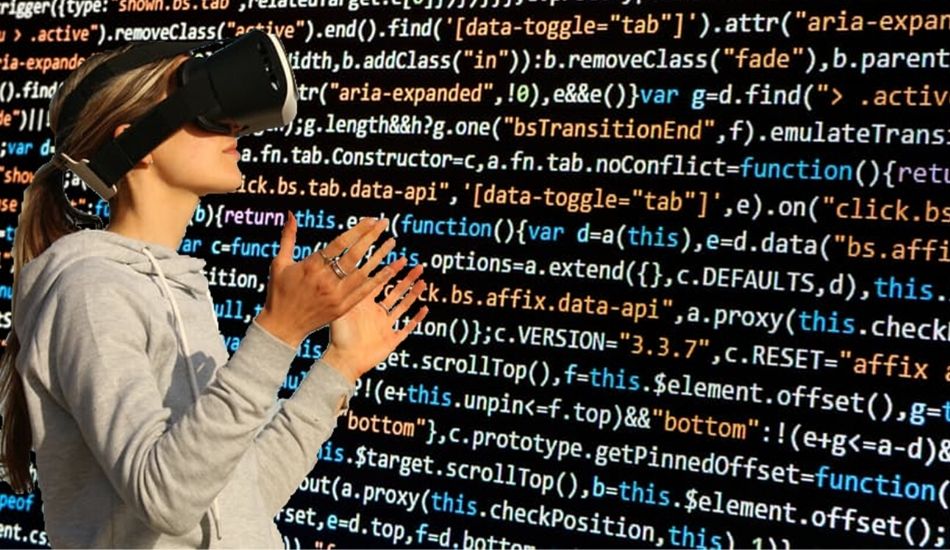 This also allowed other key players to enter this domain. We then saw the likes of HTC with HTC Vive, Sony with Playstation VR and some smartphone manufacturers like Samsung with Gear VR and Google with its Cardboard initiative trying to tap the domain of the virtual reality. However, the key question remains here:

How does virtual reality works?

The virtual reality can be explored but you need the correct hardware and software. To start with, one needs to have a virtual reality kit that includes a headset, which is a like a thick pair of goggles along with a pair of headphones and other optional accessories like hand controllers and more. This helps users to explore the depth of virtual reality and it also allows the developers to provide an enhanced virtual reality experience to its user base. The headset basically displays the virtual content, while a cable transfers the images to the screen from a PC.

The virtual reality headsets work with different types of tracking including head tracking in which the VR headsets follows the movements of the head with the help of accelerometer, gyroscope and more. Then comes eye-tracking which includes the infrared controllers that track the direction of the eyes inside a virtual environment. Motion tracking is another area which is important in virtual reality. This helps the people to roam around the virtual world with the help of optical sensors.

There are some different types of VR headsets available in the market, out of which some can be used as a standalone device, while for others you require a highly-specced PC. Then in order to use the virtual world, you need to have the right amount of app stores. Most of the VR devices does come with its own app stores, which is similar to the one found in smartphones. However, in order to get the best virtual reality experience, you need to burn a lot of money as these things do not come at a cheap price. Take an example of Oculus Rift, it comes with a starting price of $599 and you need to have dedicated top-notch hardware in order to run Rift. Same is the case with HTC Vive, which again requires a dedicated PC, which should high end.

The virtual reality concept can be used everywhere whether be it e-learning, medical purposes, entertainment or gaming. Gaming looms large in VR industry as most of the high-end VR headsets like Oculus Rift or PlayStation VR are primarily meant for gamers. Games is one category that goes well with the whole virtual reality concept. Many industry experts believe that games will be the primary driver of the virtual reality market. We have seen many game developers have started building games dedicated for the VR headsets and as more and more brands have recognized opportunities in the VR domain.

As per research by IMARC Group, the virtual reality gaming segment is set to reach US$ 50 Billion by 2025, expanding at a CAGR of 25.3 per cent during 2020-2025. Although the PC-based virtual gaming experience is set to rise steadily, it is the mobile-based virtual gaming segment that it is expected to witness the highest growth rate in the coming years. With bigs brands like Samsung, Google, HTC, Facebook and more investing heavily on the VR segment, it is expected that the technology will reach be accessible to the masses in the coming years. 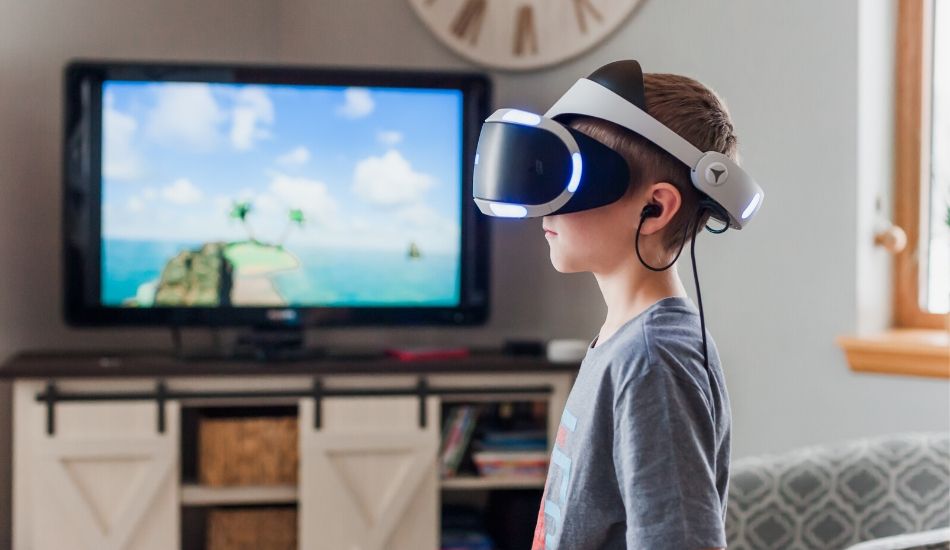 However, gaming is not the only segment where VR can excel.

Virtual reality could prove another way for socializing. The virtual reality segment could be the next big social media platforms and it will hopefully connect more than a billion people. Companies like Facebook are working to bring the social angle to the VR with Oculus. Facebook Zuckerberg even said that the virtual reality could be used for studying or consulting with a doctor and more. The segment can be also used for entertainment and media. We have seen many movies or documentaries made especially for the VR platforms.

Another area where VR could perform better is tourism. For many people visiting their favourite places or dream destination is not possible due to various factors. However, with the help of virtual reality, one can easily climb Mount Everest or can take a tour of their favourite country at the comfort of their homes. Virtual reality technology can be also used in the medical field as well. The technology can help trainees to conduct virtual surgery and more.

Can Virtual Reality segment be successful in India?

For India, virtual reality can be a distant dream. There are a few reasons for this statement. To start with, the whole VR experience requires a lot of money and the maintenance is quite high for these devices. India is a price-sensitive market and people would not immediately invest in the new technology, whose future is uncertain in a country like India. Although we are seeing some adaption of the VR technologies in different sectors or for commercial purpose, the normal customers will not buy it as for him it will be a luxury product.

Furthermore, the content for VR segment is not vast yet. The VR segment is primarily restricted to the gaming segment. Here PlayStation VR comes as a handy option for users who want to try virtual reality games. Apart from this, the mobile-based virtual reality segment has some potential where smartphone manufacturers can provide the VR experience at low cost, however, not many of them currently have a focus on this. However, this can change soon when there will be a 5G revolution in the country. The high-speed connectivity can pave the way for the Virtual reality segment in India. However, this is again a far-fetched dream to achieve as Indian telcos are currently baffling to survive in the country.