Deployment of 5G communications in the US has been cited to be causing a major disruption in the airline industry. 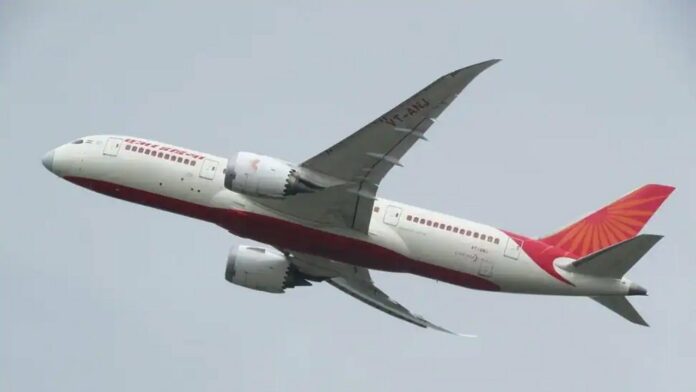 UPDATE: Air India has now resumed six India-US flights on Boeing B777 aircraft on Thursday after approval from the US authority. The airline had earlier cancelled more than eight flights to the USA.

“In India, there is no risk from 5G services to aircraft and we are fully safeguarded as we are only allocating 3300-3670 MHz, which is more than 500 MHz below the altimeter spectrum. Thus the C band frequencies that are being auctioned for 5G in India are completely safe and there is no risk to the Civil Aviation Radar altimeters. In India, the government is not considering frequencies above 3.7 GHz for public 5G services at present, the frequency band in question in the US where this potential interference has been observed” ITU-APT foundation of India president Bharat Bhatia said in a statement.

Earlier: Indian airline Air India, Dubai-based airline Emirates, and a few more airlines have all announced the cancellation of their flights to the US this week. The move comes amid the deployment of 5G communications in the US, which has been cited as causing a major disruption to flights.

What is causing the problem?

The suspension comes due to the rollout of mobile network services in the US. There are concerns over 5G that it could potentially interfere with airplane systems that measure altitude.

Airlines and the Federal Aviation Administration (FAA) argue that C-spectrum frequencies are too close to the spectrums used by sensitive airline equipment such as altimeters, which measure a plane’s altitude. The planes radio altimeters could be disturbed by 5G as they measure how far above the ground an aeroplane is travelling. This helps pilots land their planes in low-visibility situations and also operate on C-Band frequencies.

FAA has warned that potential 5G interference could affect height readings that play a key role in bad-weather landings on some jets. Airlines say the Boeing 777 is among models initially in the spotlight.

The United States auctioned mid-range 5G bandwidth to mobile phone companies in early 2021 in the 3.7-3.98 GHz range on the spectrum known as C band. The 5G service will operate in this frequency which is close to the airwaves the altimeters use. For unknown, altimeters operate in the 4.2-4.4 GHz range.

The higher the frequency in the spectrum, the faster the service. So with 5G, operators want to operate at higher frequencies.

Who all have cancelled flights?

Air India, Emirates, ANA, and Japan Airlines have announced that they will be suspending most of their flights to the US destination until further notice. The Air India flights that have been cancelled on January 19 are those from Delhi to New York, San Francisco, Chicago, and then the flight from Mumbai to Newark. Yesterday, Air India operated its flight to Washington DC from Delhi by AI103.

Air India on Twitter posted “Due to deployment of 5G communications in USA, our operations to USA from India stand curtailed/ revised with change in aircraft type from January 19, 2022.” Air India operates flights to New York, Newark, Chicago, Washington DC and San Francisco.

Emirates said it is suspending flights to the US destinations from January 19 2022, until further notice. This includes Boston, Chicago, Dallas-Fort Worth, Houston, Miami, Newark, Orlando, San Francisco, and Seattle. The airline issued a statement saying “Customers holding tickets with the final destination to any of the above will not be accepted at the point of origin. However, the airline will continue to fly to New York JFK, Los Angeles (LAX), and Washington, DC (IAD).

Others who cancelled their flights due to 5G issues include Japan Airlines and All Nippon Airways. ANA said on its website it was acting in response to a notice to airlines from Boeing over restrictions on the use of its 777 long-haul airliners amid industry concerns about radio interference.

Japan Airlines said in a statement “Boeing has notified us that 5G signals for US mobile phones, which will begin operating in the US on January 19, 2022, may interfere with the radio wave altimeter installed on the Boeing 777.”

Both ANA and Japan Airlines have cancelled some flights to the US scheduled to use Boeing 777 aircraft but will operate some flights using Boeing 787s instead.

How long will it continue?

The US phone carriers Verizon and AT&T said their technology is safe and is being used in many other countries. But they agreed to delay the launch of their upgraded 5G networks using the 3.7GHz to 3.8GHz frequency bands near airports.

The Biden administration welcomed the delay and said, “agreement will avoid potentially devastating disruptions to passenger travel, cargo operations, and our economic recovery while allowing more than 90 percent of wireless tower deployment to occur as scheduled.”

Despite their delayed announcement, several airlines still cancelled flights or switched aircraft models. Some other airlines said that more cancellations are likely to occur unless the FAA issued new formal guidance in the wake of the wireless announcements.

AT&T and Verizon will now be allowed to launch C-Band service this month under Federal Communications Commission (FCC) licenses. The airlines until Friday have to give the companies a list of up to 50 airports where they believe the power of C-Band service should be reduced through July 5.

Until July, the telecoms will talk to the FAA and airlines about measures regarding 5G service near airports. However, under terms of the agreement with the FAA, AT&T and Verizon will have the sole power to decide if any changes in service will be made.

The FAA has issued a brief statement about the two-week delay, saying it looks forward “to using the additional time and space to reduce flight disruptions associated with this 5G deployment.”

The FAA will allow planes with accurate, reliable altimeters to operate around high-power 5G. But planes with older altimeters will not be allowed to make landings under low-visibility conditions.