WhatsApp working on to export backup from Google Drive

WhatsApp is said to be working on a ne w feature that let users export their chat backups stored on Google Drive. 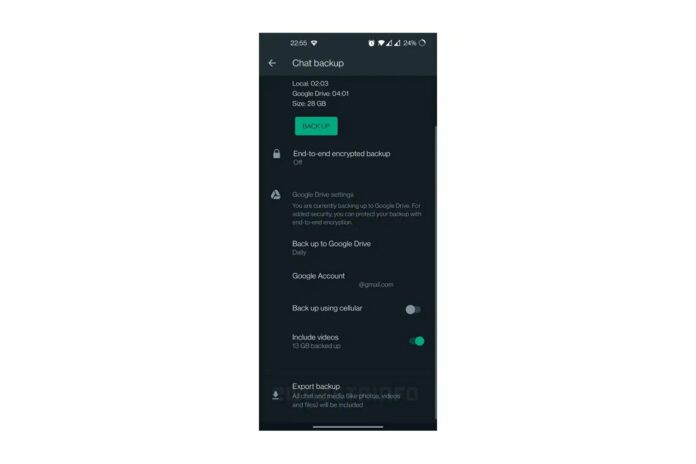 Lately, we’ve been seeing lots of leaks about the upcoming features of WhatsApp. Now the Meta-owned messaging app is working on the ability to export WhatsApp backup from Google Drive. Let’ ‘s see the details of this new feature.

According to a report by WABetaInfo, WhatsApp is working on the option to let users export their chat backups from Google Drive to the local storage of their devices. The feature is currently under development. As of now, its release date is not known.

WABetainfo has also shared a screenshot of the feature. It shows that there is a new option at the bottom of WhatsApp Settings > Backup Chat > Export Backup. The backup contains the entire chat history including messages, images, videos, and more. This will allow users to move their backups to Google Drive soon with a future update.

“The backup included the full chat history, such as your messages, images, videos, and other media files. In addition, we can announce that WhatsApp is also planning to introduce an option to import the same backup on Google Drive again. Thanks to this option, users will finally have more control over their backups on Google Drive in the future,” wrote WABetaInfo.

How does WhatsApp backup data?

Currently, WhatsApp allows its users to backup all their chats, messages, videos, documents, and more. For that, you need to go to the settings and Chats section. You can go to chat backup and click on Backup up to Google Drive. You will get different options like Daily, Weekly, Monthly, and Manually which you can select as per your need.

In addition to the export backups option, WhatsApp is working on a new feature for business accounts to create a new order within conversations. Further, the app also started testing the ability of its business users that use the beta version of WhatsApp beta for Android, iOS, and Desktop. They are now able to view new information about their outgoing messages if there are some linked devices to the same account.

WhatsApp is now rolling out this feature to businesses. The business uses can use the latest version of WhatsApp beta for Android, iOS, and Desktop.