WhatsApp disappearing messages feature has only now made it to the WhatsApp Android beta in the latest version, 2.21.9.6. 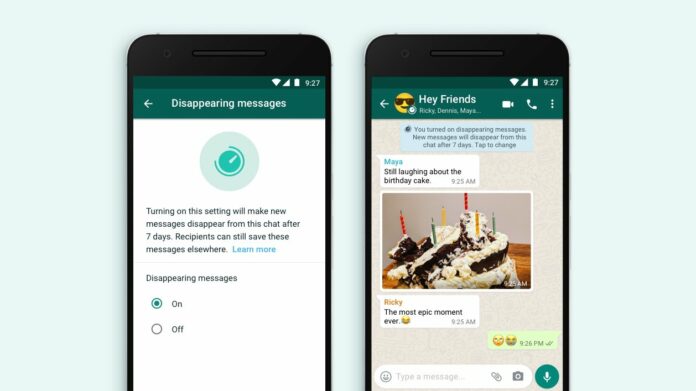 WhatsApp recently started rolling out a new ‘View Once’ disappearing feature. Now WhatsApp is testing a three-month-long time limit for disappearing messages feature after which messages sent to a chat will disappear.

As per a report by WhatsApp features tracker WABetaInfo, the 90 days option has only now made it to the WhatsApp Android beta in the latest version, 2.21.9.6. A screenshot has also been shared by WABetaInfo. This suggests the 90 days option will come alongside the existing option to auto-delete messages after seven days. You can see the time limit options including 7 days, 90 days, 24 hours. There is an option to turn the feature off completely.

The feature is is currently under development. It is not known at the moment whether WhatsApp will consider a stable rollout or not. The feature is expected to be rolled out to the beta versions of Android, iOS, and WhatsApp Web first. Later on it will come to the stable version.

As far as the media files are concerned, media you receive in WhatsApp will be automatically downloaded to your photos. If disappearing messages are turned on, media sent in the chat will disappear but will be saved on the phone if auto-download is on.