WhatsApp multi-device support to only come for desktop intially: Report 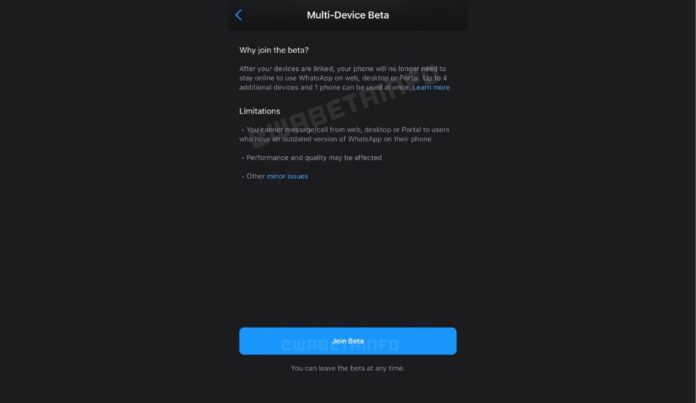 WhatsApp’s much-awaited multi-device support feature is nearing launch and has already been confirmed by the WhatsApp CEO. Now, a new report has emerged which suggests the feature will initially be available only on WhatsApp Web, desktop, and Portal clients ahead of its debut for users on Android and iPhone.

The screenshot comes from WABetaInfo which says that after one has linked their account with the Web, desktop, and Portal, the user will no longer be needed to stay online on his/her phone. WhatsApp’s multi-device feature will support up to 4 additional devices apart from the primary phone on which WhatsApp is installed. This can be seen in the screenshot also.

As it’s a beta version, it will come with a couple of issues, including performance and quality-related ones that will be improved over time with updates.

Earlier this month, WhatsApp CEO Will Cathcart and Facebook CEO Mark Zuckerberg confirmed many features to WABetaInfo, including multi-device support, disappearing messages and more. The features were made official through the chat, which reveals a new Disappearing Messages feature is arriving soon so that users can enable it for all future chats by default and won’t have to turn it ON a per chat basis.