WhatsApp is working on a couple of features including a polls feature in group chats and a new blur tool. 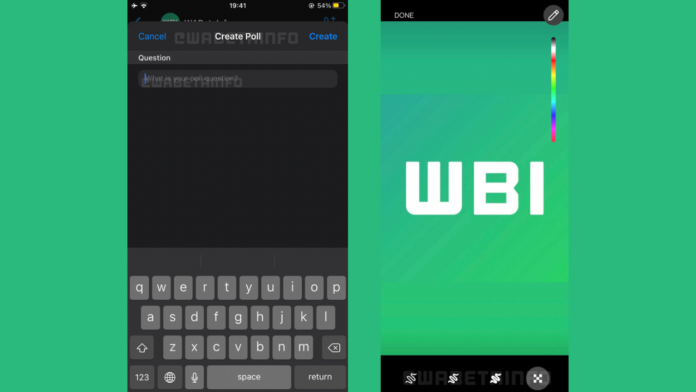 WhatsApp is usually seen working on multiple features at a time and it’s no different in the latest report that suggests the chat app is working on a polls feature for group chats. Moreover, it also seems to be working on a blur tool for the photo editor. Let’s take a look at them in detail.

A WABetaInfo report suggests that WhatsApp is developing a feature that allows creating polls right within your WhatsApp groups. It also posted a screenshot where WhatsApp asks to enter the question of the poll to send in a WhatsApp group. Since the feature is under development, not many details are available at this point. However, the tracker says that the screenshot is a confirmation that WhatsApp is really planning to introduce polls on WhatsApp.

Using polls, you can ask for a question and other people can vote for the answer. Further, it is said that polls will only be available in WhatsApp groups and they are end-to-end encrypted as well. The next feature WhatsApp is working on is a blur tool. The blur tool will be added when WhatsApp releases the redesign for the drawing editor.

It can be used to remove sensitive details of the image, for example, a phone number. This tool is already available on WhatsApp for iOS while it will soon arrive on Android. The new drawing editor that includes two new pencils and the blur tool is under development and it will be released at a later date. This feature was spotted on WhatsApp beta for Android 2.22.7.1 update.

WhatsApp was last seen planning to introduce changes for chat backups which includes notifications about when “Google Drive is almost full, when the limit is reached and information about when the changes take effect”.