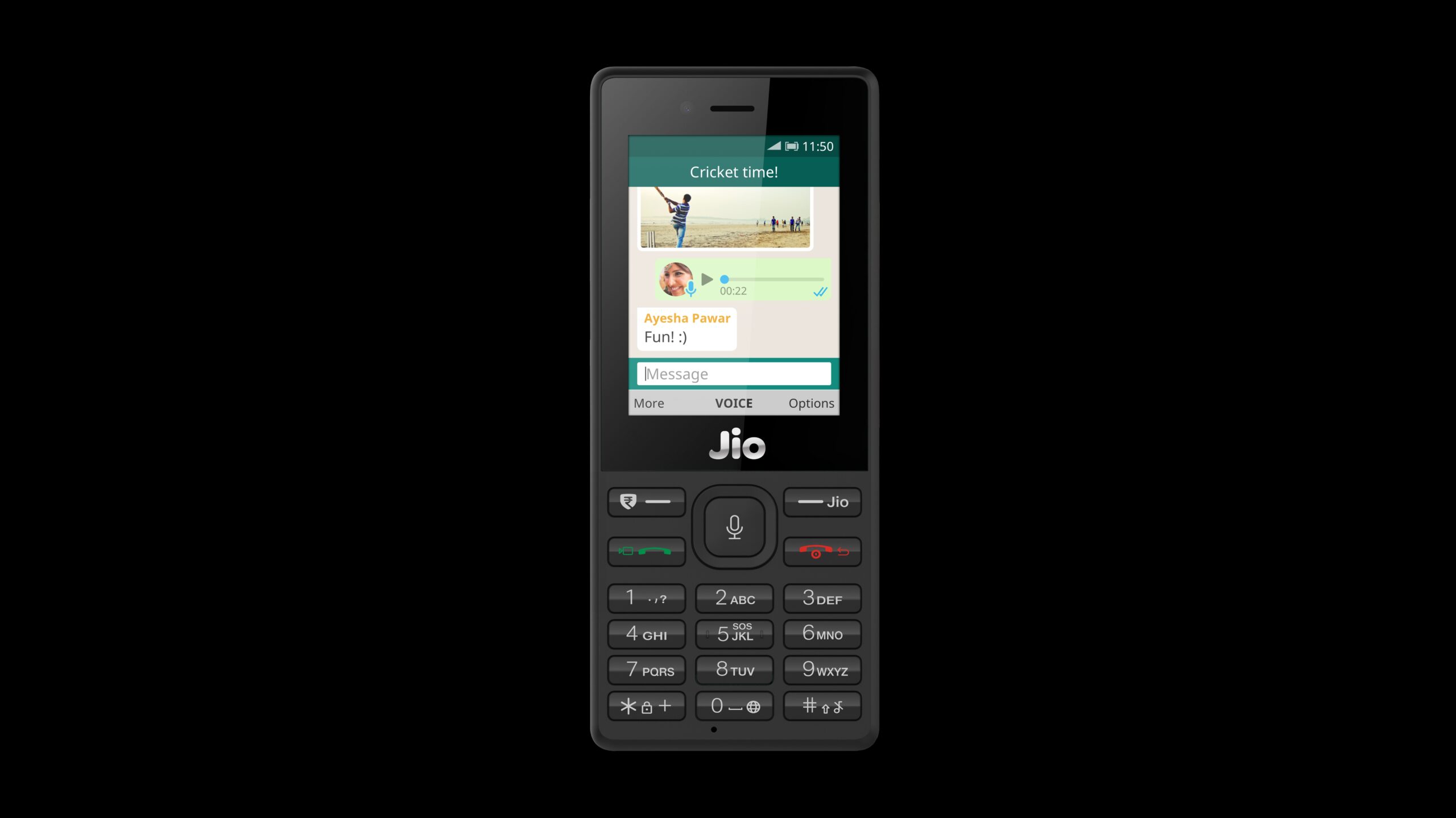 The brand has revealed that the new application will be available JioPhone AppStore starting September 10, 2018 and it will be rolled out to all JioPhones by September 20, 2018. Interested users can download the application on both JioPhone and JioPhone 2.

WhatsApp has announced that its messaging application will be available for JioPhone users across the country. The company has built a new version of WhatsApp, which is designed to work on KaiOS operating system.

The brand has revealed that the new application will be available JioPhone AppStore starting September 10, 2018 and it will be rolled out to all JioPhones by September 20, 2018. Interested users can download the application on both JioPhone and JioPhone 2 by simply going to the AppStore and clicking the download link.

This version of WhatsApp comes loaded with almost all the features, which is present in Android or iOS. WhatsApp has revealed that the users will be able to send and receive texts, photos and videos with the new app and it will be end-to-end encrypted. One can also record and send voice messages with a couple of taps on the keypad. In order to get started, JioPhone users only need to verify their phone number and then they can begin chatting with other WhatsApp users one-on-one or in groups.

“Millions of people across India can now use WhatsApp private messaging on the best-in-class JioPhone across India,” said Chris Daniels, Vice President, WhatsApp. “By designing this new app for KaiOS, we hope to expand the ability for people to communicate with anyone in India and around the world by offering the best messaging experience possible to JioPhone users.”