WhatsApp is working on a new feature that may let you exit groups silently. The feature is under development at the moment. 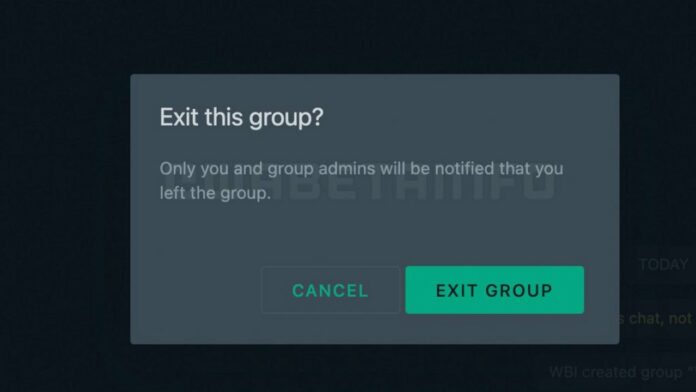 Meta-owned WhatsApp is likely working on a new feature that will allow users to silently exit groups. The feature will allow to leave a group without notifying other users. This may be something like incognito mode.

According to a report by WABetaInfo, the feature is under development so it is not ready to be rolled out to beta testers. The report has shared a screenshot of the feature taken from the WhatsApp Desktop beta. However, it said the feature would soon come on WhatsApp beta for Android and iOS.

The shared screenshot shows that when users want to exit a WhatsApp group, other people will not be notified in the chat. Only group admins will be able to see who exits the group. The others members of the group will not know it. WhatsApp recently increased the limit of participants to a group from 256 to 512.

Currently, when users exit a group, WhatsApp normally adds a system message in the chat to inform all participants that they exited the group. The feature is under development on WhatsApp Desktop beta at the moment. The report says that the feature is planned to be rolled out to users in a future update.