WhatsApp is testing a limit forwarding feature which will restrict the number of people or groups you can send a forwarded message to, simultaneously. While the limit is kept at 20 for users worldwide, the same has been reduced to just 5 in India following over a dozen lynchings in the country.

In an effort to curb misinformation and fake news, WhatsApp has announced that it’s making modifications to message forwarding within its chatting app. Weeks after introducing the ‘forwarded label’ on messages, WhatsApp will be imposing restrictions on how many groups or chats a message can be forwarded to.

According to its official blog post, WhatsApp is testing a limit forwarding feature which will restrict the number of people or groups you can send a forwarded message to, simultaneously. While the limit is kept at 20 for users worldwide, the same has been reduced to just 5 in India following over a dozen lynchings which occurred due to viral message circulations in the country. 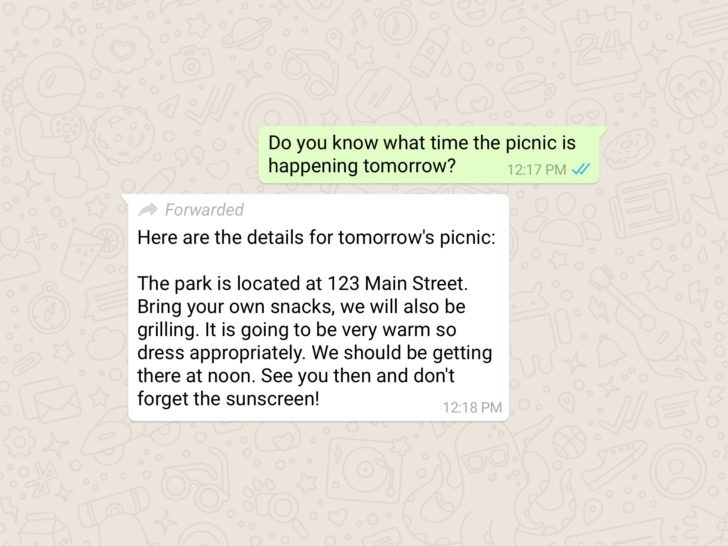 The latest changes have come into action to help reduce the amount of information that goes viral on the largest text messaging app in which WhatsApp notes that Indians forward “more messages, photos, and videos than any other country in the world”.

Additionally, WhatsApp is also removing the quick forward button from its app, the icon adjacent to the media tagging icon. This will force users to either long press on a message and copy-paste it like the order days or download the media and send the content to another person manually, thus removing the convenience of forwarding a message.

Another report by Economic Times states that WhatsApp will also be working closely with the Election Commission of India to verify fraudulent messages during the 2019 General Elections in India. The model which was earlier used during the elections in Mexico is what WhatsApp calls Verificado and will employ a team of researchers, public policy makers, customer operations to check whether a news or message circulated ring the polls with be authentic or not.

Prior to the introduction of these features, India’s information technology ministry has said in an aggressive statement that WhatsApp could face legal action if it doesn’t take proper initiatives to tackle the spread of misinformation and fake news. According to the FirstPost, the ministry said: “rumours and fake news get propagated by mischief-mongers, the medium used for such propagation cannot evade responsibility and accountability”. The statement added that if WhatsApp remains spectators to the latest issues, they’ll be treated as aiders and will be sued under legal rights.

While WhatsApp’s new set of changes is a start to minimise the effect of viral circulation of misinformation, there’s still a long way to go for the popular messaging service to resume regular functions after it was involved in a series of lynchings which originated from false rumours sent from within the app.

WhatsApp working on Mark as read button for notifications on Android: Report