Wordle is the new talk of the town as players obsess over this simple daily word game where they get six chances to guess the word. 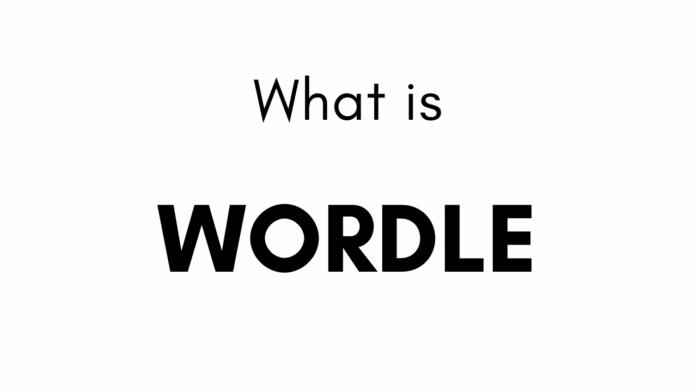 Ever wanted to play a simple game every day without investing much of your time? Wordle is just the game you are looking for. The world has started obsessing over the daily word game that is simple and gets you hooked for what’s to come next, or should we say, what word is to come next. Let us tell you in detail what the game is about and why people are obsessing over it.

Wordle is a word game created by Josh Wardle, a Software engineer based in New York. The game’s name is a play on the creator’s last name, which is Wardle. Josh got into the game’s making as his partner loved playing word games.

Wardle got into an interview with the New York Times where he said, “I think people kind of appreciate that there’s this thing online that’s just fun. It’s not trying to do anything shady with your data or your eyeballs. It’s just a game that’s fun”. The couple played it for months and made their family play it before Wardle decided to release it to the public.

Wardle has been a Software Engineer for Reddit in the past. He and his better half created Wordle during the pandemic to kill time. The game picked up pace quickly as where only 90 players played it on November 1 after the launch in October, the game had 3,00,000 players on January 2, just over two months later.

Read More: How to bookmark messages on WhatsApp?

How to play Wordle?

Wordle is free to play for everyone on the planet via a web browser. That means you don’t have to download anything and just go to the website and get playing. The idea behind the game is to guess a random 5-letter word with some hints and you get only six tries to do it.

After you head over to the Wordle website, the game greets you with the rules to play. First, the word you have to guess is called Wordle. Then, in your guess, if a particular letter is exactly at the same spot as the Wordle, the tile turns green, suggesting this is the correct letter at the right place.

For example, let the Wordle for the day be ‘Query’. Now, if you guess the word Tweet, you will get one green letter which will be E. If you make your second guess with word ‘Zebra’, you’ll get another green letter ‘R’ but the ‘E’ will be yellow because its at the wrong spot. However, it is present in the word Query. Rest of the letters in Zebra will stay grey because the letters’ Z’, ‘B’, and ‘A’ aren’t present in the word ‘Query’.

Once the user guesses the correct word, they are done for the day. “It’s something that encourages you to spend three minutes a day,” Wardle told the NY Times. “And that’s it. Like, it doesn’t want any more of your time than that”.

Further, there’s a pact/rule amongst the players not to spoil the word of the day for others. As a hint for better gameplay, you should use a word with a lot of vowels for your first guess to narrow down your search. Vowels are common in a word that is just 5 letters long, meaning it could give you more green letters. More green letters mean you can guess the word even more quickly and not exhaust your guesses. Also, you may avoid a word with repeating letters such as the word ‘Peery’.

For the rest of your guesses, you may re-arrange letters to form a word you think could be the Wordle of the day. Use your vocabulary skills to think of words on the basis of the green letters and put the yellow ones in a spot where you think they are commonly used. Take advantage of the in-game keyboard by not using the greyed out letters again.

You can change the colour scheme from a white background to a black background on the website. There’s also a colour blind mode and also a hard mode that one can enable. After you complete the puzzle, you can share your results on your Twitter. Wardle introduced this ability quite recently in mid-December so players could brag about their success without spoiling the word for anyone.

This is how you can play the simple word game daily and get hooked. One of the most important aspects of the game is that it doesn’t have any kind of pop-up ads or anything else like that and players appreciate it. So make sure you don’t spoil the word for anyone and also, good luck guessing!