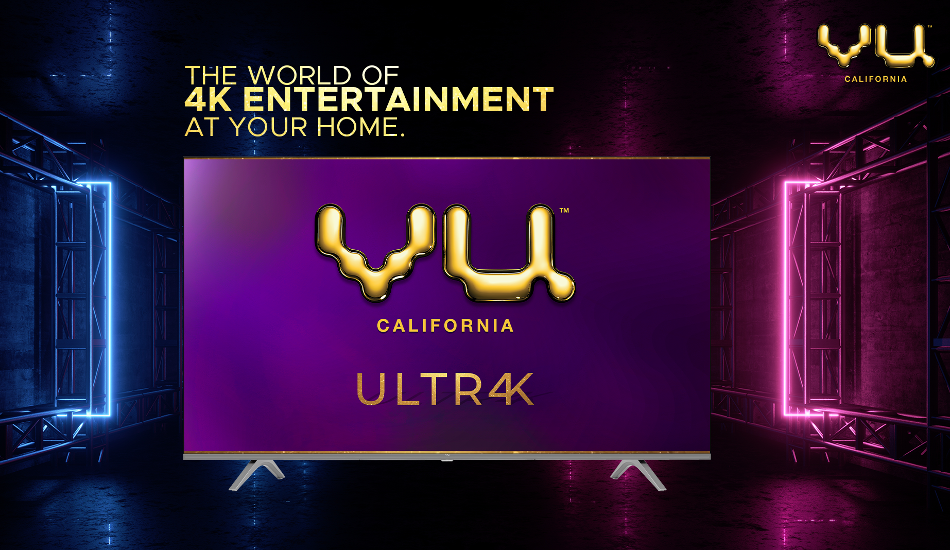 Vu Ultra 4K comes with an Ultra-edge 4K display that enhances 40 % Brightness level to avail the best viewing experience even in daylight.

Vu Televisions will unveil its new range of Vu Ultra 4K TVs at 12.30 pm today on YouTube. As per the company, this is the first time that any television brand across the world has done a product launch from home.

Vu Televisions reveals that the upcoming Vu Ultra 4K comes with an Ultra-edge 4K display that enhances 40 % Brightness level to avail the best viewing experience even in daylight. This feature was added keeping in mind that during the lockdown people will be watching TV during the daytime. A high-performance special optical film that controls the amount of light entering through the backlight LEDs, increases the viewing angle through its wide reflection.

The Vu Ultra 4K TV has a new feature called Pro Picture Calibration that allows the viewer to take charge of technical controls such as gamma correction, noise reduction, colour temperature, HDMI dynamic range and host of other technical features.

The Upbeat Surround sound feature on the new Vu Ultra 4K TV ensures that the viewer gets the best immersive experience of a stadium right inside your home. Another important feature added in this range of television is Parental Block. With the families spending time at home together this feature will allow parents to control what their kids are watching while they are at home.

Speaking about the launch, Devita Saraf, Chairperson and CEO, Vu Technologies said, “In the last one month Vu has emerged as the #1 television brand in India. We have sold over 50,000 television sets in May. This just goes to prove that our product quality, innovations, features and customer service are unmatched. Our new 4K Ultra TV has been designed keeping in mind the needs of our customers who of working from home, binge-watching, and looking at television as an entertainment source for the entire family.”