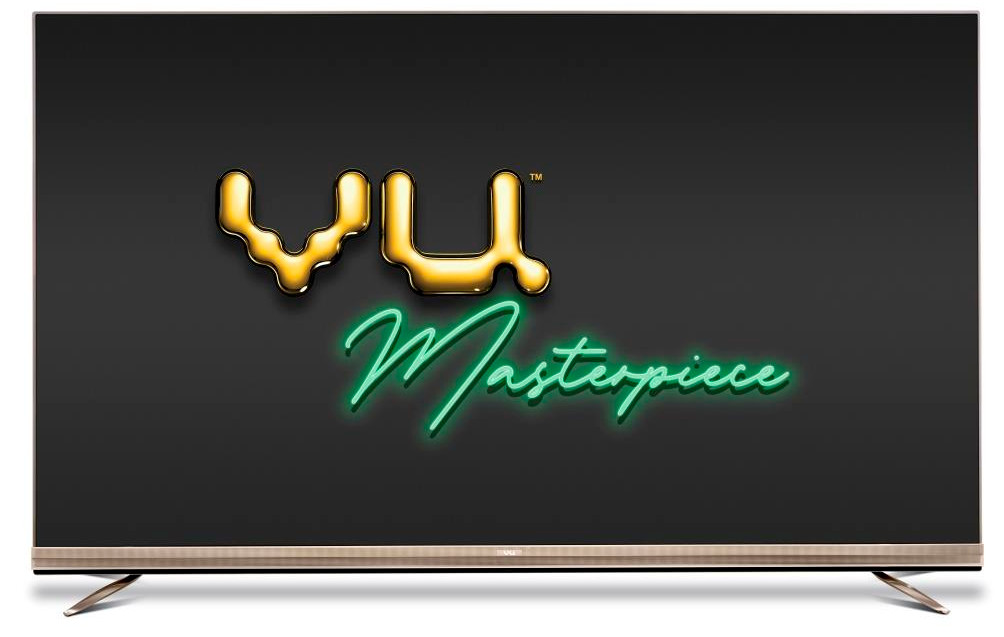 Vu has launched a new smart TV in India with 85-inch 4K display. The TV is priced at Rs 3,50,000 and will be available across retail stores nationwide.

The Vu Masterpiece TV comes with an 85-inch, 4K HDR screen that uses quantum dot i.e. QLED technology and a backlight with full array local dimming. The television has a maximum refresh rate of 120Hz, and a rated peak brightness of 1,000 nits.

It features black and Armani Gold finish that has hints of rose gold and champagne. The design of the TV also involves a metal alloy grill at the base, which also houses a powerful and discreet soundbar.

The TV features Vu’s Pixelium Glass technology that enhances the brightness by optimising light reflections by 40%. Additionally, this flagship television from VU can optionally be upgraded to Vu’s revolutionary all-in-one video conferencing system, Meeting by Vu that includes a 4K wide or sharp camera with autofocus, a built-in Core i5 PC running Windows 10, a wireless beamforming microphone and a wireless keyboard with a built-in trackpad.

Under the hood, the TV is powered by a quad-core processor which is coupled with 2GB RAM and 16GB storage. It runs on Android 9 providing access to streaming apps such as YouTube, Netflix, Amazon Prime Video, etc. Other features include support for Dolby MS12 and DTS Virtual X surround sound.