Vivo Y21s smartphone will be soon launched in the Y series. The phone has received approval from the Federal Communications Commission in the U.S. 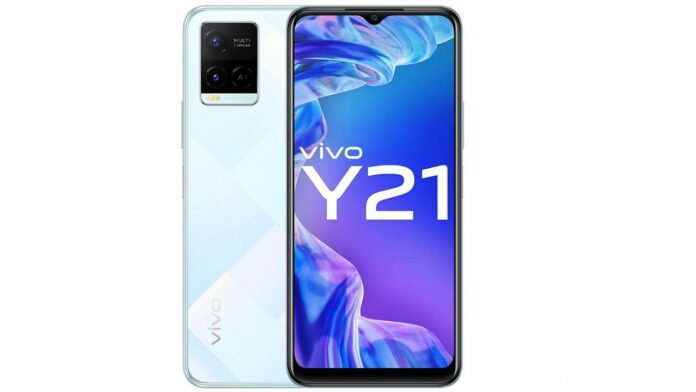 Vivo Y21 was launched in India last week at a price starting at Rs 13,990. Now the comapny is wroking on another smartphone in the Y series dubbed as Vivo Y21s. The phone has received approval from the Federal Communications Commission (FCC) in the U.S.

The FCC listing has revealed the key specs of the Vivo Y21s. As per the listing, the phone comes with model number V2110. It will be powered by a 4,910mAh rated (5,000mAh typical value) battery.

The FCC listing further reveals that the phone measures 164.26 x 76.08 x 8mm and weighs around 180 grams. It shows connectivity features as dual-band Wi-Fi, Bluetooth, and GPS/GLONASS/BDS/Galileo. Additinally, there will also be a USB-C port and a 3.5mm audio jack.

The Y21s was also spotted at the Geekbench benchmarking site earlier. The listing revealed that the phone will be powered by Mediatek Helio G80 chipset which will be coupled with 4GB of RAM. It will will run on Android 11 out of the box.

Meanwhile, Vivo Y21 comes with a 6.51-inch HD+ display with 1600×720 pixel resolution. Further, the display has 20:9 aspect ratio. It is powered by the MediaTek Helio P35 chipset paired with 4GB RAM and up to 128GB internal storage. An interesting part of the RAM setup is that there is an extra 1GB RAM expansion option. The storage is expandable via microSD card.

The phone comes equipped with a dual camera setup. It comprises of a 13MP primary camera with LED flash, f/2.2 aperture and a 2MP super macro lens with f/2.4 aperture. There’s an 8MP front-facing camera for selfies with f/1.8 aperture. The phone packs a 5,000mAh battery that supports 18W fast charging.

The Vivo Y21 runs Android 11-based Funtouch OS 11.1. The phone also has a Side-mounted fingerprint sensor for security. It also has face recognition as well.