Vivo has announced a new smartphone for the African markets under its Y series, called the Vivo Y01. 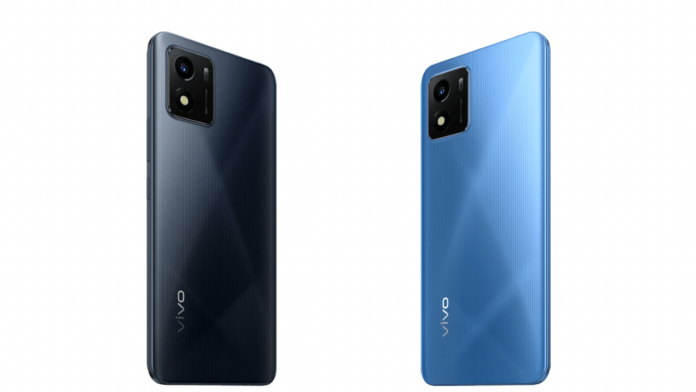 Vivo has launched yet another budget smartphone under its Y series in the African Markets, and it is the Vivo Y01. The device is an entry-level handset that comes with a MediaTek Helio P35 SoC under the hood. It boots Android 11 (Go Edition) out of the box which is a toned down version of Android 11 OS. While the pricing details of the smartphone are yet to be disclosed, we do know that it will arrive in two colours including Sapphire Blue and Elegant Black.

The Vivo Y01 comes with a 6.51-inch HD+ display with 720 × 1600 pixel resolution. The display panel also has an aspect ratio of 20:9 and a 60Hz refresh rate It is powered by the MediaTek Helio P35 chipset which is coupled with 2GB or 3GB of RAM. The phone comes with 32GB of storage. The storage is expandable via a dedicated microSD card slot up to a 1TB.

The phone comes equipped with a single camera sensor at the back, which is an 8MP f/2.0 lens. In addition, there’s a 5MP f/2.2 front-facing camera for selfies. The phone packs a 5000mAh battery with 10W charging via a micro-USB port.

The Vivo Y01 runs Android 11(Go edition)-based Funtouch OS 11.1. The phone lacks a fingerprint sensor. It has face recognition on the other hand. The phone supports dual-SIM, 4G, dual-band WiFi, Bluetooth 5.0, GPS, A-GPS, BeiDou, GLONASS on the connectivity front. Additionally, the phone has a 3.5mm headphone jack as well.

Vivo recently also announced the Y33s 5G smartphone in China under its Y series. The phone comes with an octa-core MediaTek Dimensity 700 SoC, a dual rear camera setup and Android 11. In addition, it features Extended RAM 2.0.