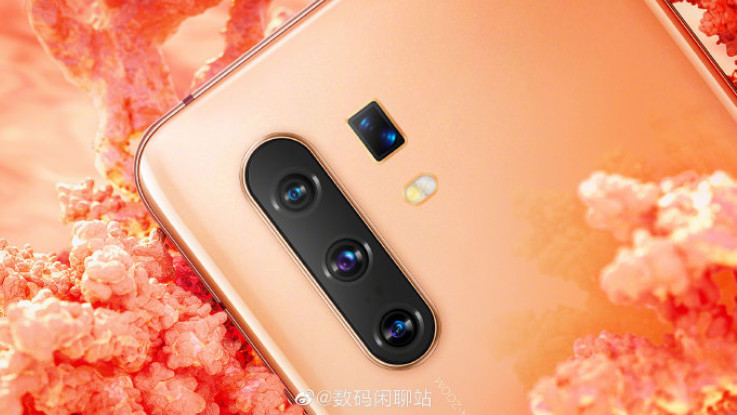 The Vivo X30 Pro 5G is reportedly in works and a tipster from China has revealed its key camera specifications.

Vivo is all set to launch new smartphones in the X series with Vivo X30 5G in China on December 16. Now, it is reported that the brand might also unveil a Pro version of the said smartphone.

The Vivo X30 Pro 5G is reportedly in works and a tipster from China has revealed its key camera specifications. To start with, Vivo X30 Pro 5G will feature a quad-camera setup, similar to the Vivo X30 5G. However, the brand is likely to add a 64-megapixel primary lens along with a 32-megapixel portrait lens, an 8-megapixel sup wide-angle lens and a 13-megapixel periscope lens.

The tipster further hints that the upcoming smartphone will come loaded with Optical Image Stabilisation (OIS) and Electronic Image Stabilisation (EIS). The X30 Pro 5G is also reported to feature 60x digital zoom. This is possible due to a periscope lens. This is the style of lens that has been used in Huawei P30 Pro and Oppo Reno 10x Zoom.

For your reference, the standard Vivo X30 5G is reported to come with a quad-camera setup with a combination of 64-megapixel primary lens, an 8-megapixel secondary sensor, 13-megapixel periscope lens and a 2-megapixel shooter. Although there is no information available about the Vivo X30 Pro 5G at the moment, one could expect to feature a similar set of specifications as compared to the Vivo X30 5G.

Vivo X30 is said to feature a 6.5-inch AMOLED display with 90Hz refresh rate. The smartphone will be backed by an Exynos 980 5G chipset. For the front, it will come with 32-megapixel selfie shooter. The smartphone will be backed by a 4500mAh battery along with 22.5W fast charging support. It might come with 8GB of RAM and 128GB of internal storage.