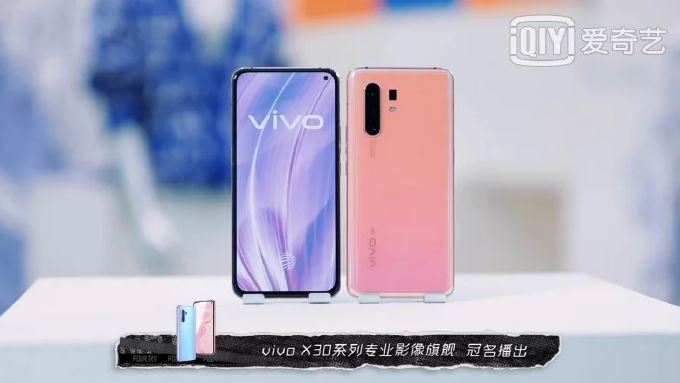 Vivo is all set to launch the Vivo X30 in China on December 16. Recently, some live photos of Vivo X30 were leaked online. Now again a couple of hands-on images of the phone have surfaced online.

As per the new leaked images, Vivo X30 will feature a punch-hole display. The rear of the Vivo X30 will feature a quad-camera setup aligned vertically on the left of the phone. The text below the camera setup reveals that it will come with a 64-megapixel main camera. The phone will be powered by Samsung-made Exynos 980 chipset which is clocked at 2.2 GHz and supports dual-mode 5G.

Additionally, the image also reveals that Vivo X30 will run Android 9 Pie OS. The operating system is overlaid with the all-new JoviOS UI, which is believed to replace FuntounchOS. The About Phone section shows V1938T model number and it comes with 8GB RAM and 128GB storage.

Vivo X30 will come in Coral Red and Marine Blue colour variants. The smartphone will come loaded with a periscope lens, which we have seen in Huawei P30 Pro, Oppo Reno 10X Zoom and more. The periscope camera will allow to zoom up to 60X. The phone will be featuring a quad-camera setup on the back with a 64MP main camera and 60x hybrid zoom. Besides that, the Vivo X30 is also said to be able to capture images that are equivalent to those shot by a 50mm DSLR lens. The phone will come with an in-display fingerprint reader.