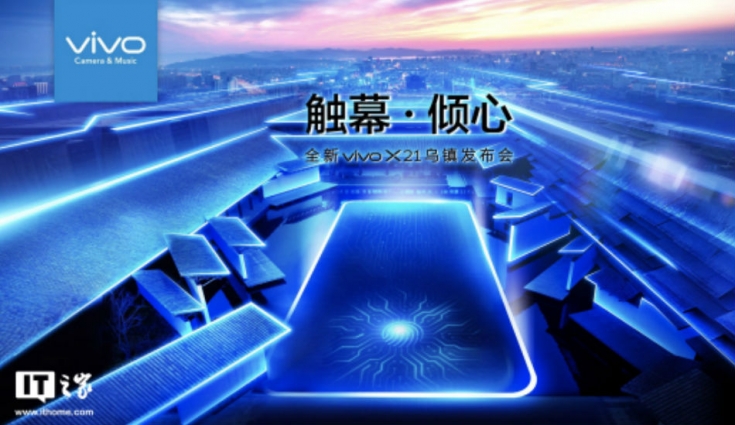 Vivo is expected to launch its Vivo X21 smartphone with in-screen display fingerprint sensor on March 19. Now the smartphone has been spotted on a GeekBench benchmarking website with model number Vivo X21 UD. The model number hints that the device might feature an under-display fingerprint scanner. The listing has spilt some beans on the expected specifications of the upcoming smartphone.

In the GeekBench listing first spotted by My Smart Price, the Vivo X21 got 1608 points in single-core test and in multi-core test it received 5852 points. As per the listing on Geekbench, the Vivo X21 has 6GB RAM and Qualcomm Snapdragon 660 1.84 GHz octa-core processor. The handset is based on the Android 8.1.0 Oreo operating system. The phone is said to come in multiple variants and the one seen on Geekbench is the variant with an under-display fingerprint scanner. 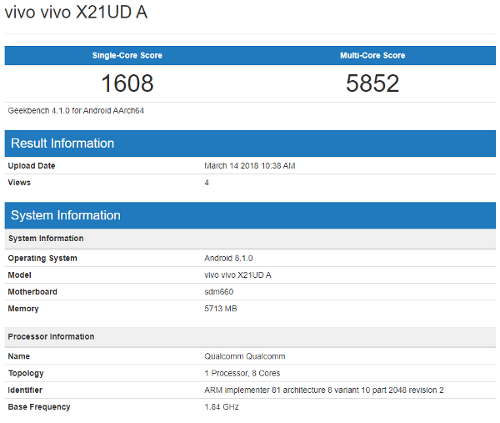 There is no information about the pricing and other hardware details of the device as yet. However, given the fact that the launch date is not too far off, we will come to know the details once the device is officially announced on March 19. So we request you to stay updated on our website for the same.