Vivo could soon launch the Vivo V21 SE, the specifications for which have now been tipped once again. 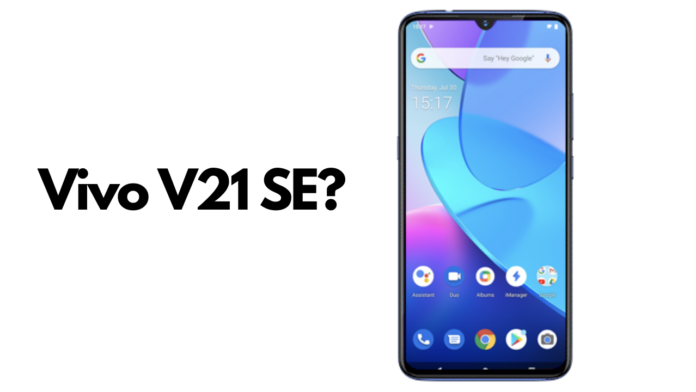 Vivo seems to be working on a new smartphone under its V21 series. The Vivo V21 SE specifications have now been tipped once again. Vivo has already launched the V21 series back in April, and the V21 SE should join the series soon.

The Vivo V21 SE has been spotted on the AI benchmarking website, as per which the Snapdragon 720G chipset will power the device. This falls in line with the Geekbench listing of the same smartphone, which also said the phone would have the Snapdragon 720G SoC.

The new listing says the smartphone will have at least 8GB of RAM and will run on Android 11. The software should presumably be based on Vivo’s FunTouchOS 11.1 skin. The Geekbench listing also suggested the model number V2061.

The phone has also appeared on Google Play Console in the past. The render provided with the listing suggested the phone will come with a water-drop style notch which will house the front camera. It should further sport a 6.58-inch IPS display.

At the back, the Vivo V21 SE could feature a dual rear camera setup consisting of a 48-megapixel primary sensor. The details for the second sensor are still unknown. On the front, one could get an 8-megapixel shooter. This phone could pack a 5,000mAh battery with 18W fast charging support.

Vivo has provided no official details regarding the launch of the V21 SE. Meaning the reported specifications should be considered with a pinch of salt.